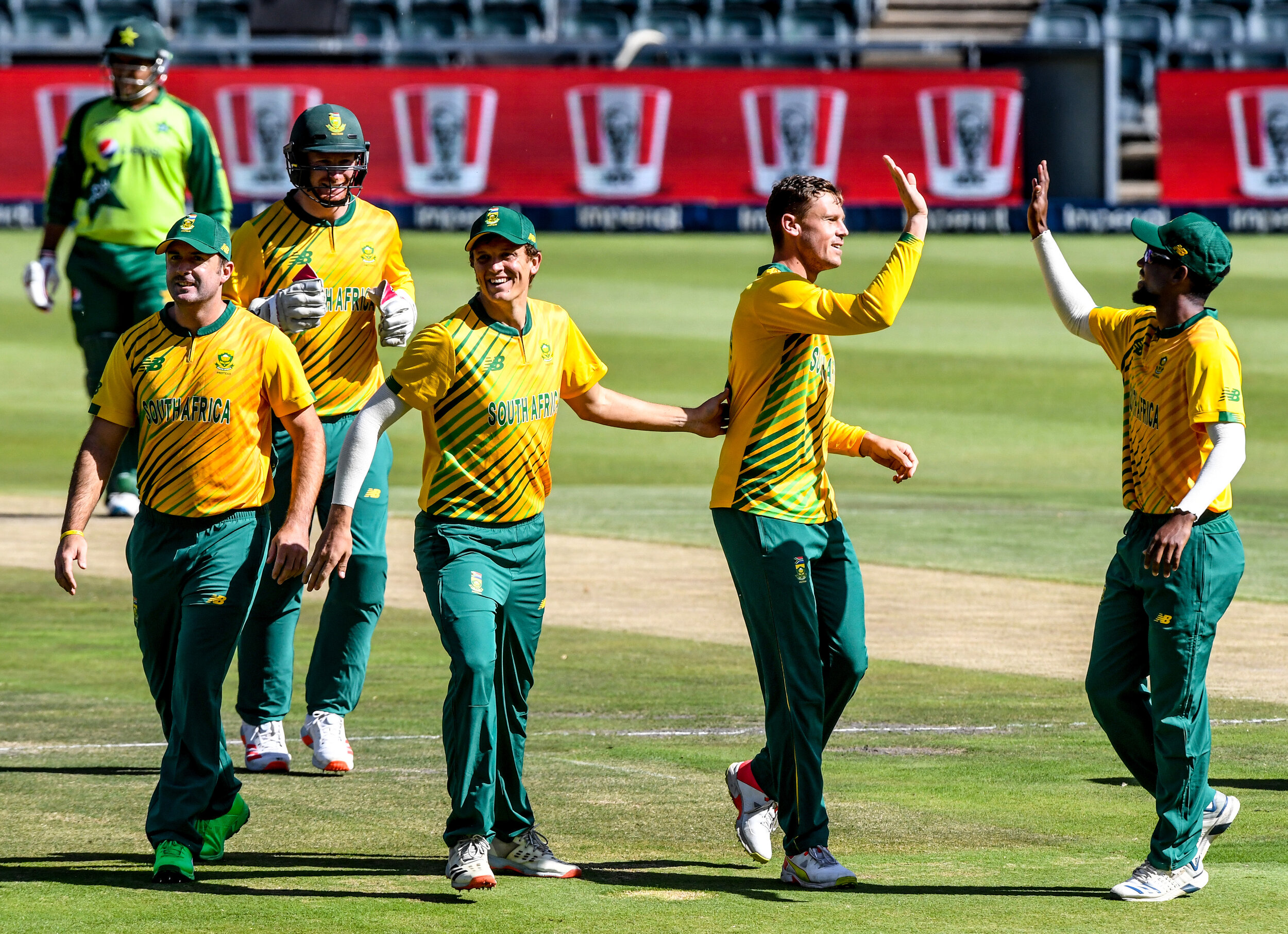 “There are a lot of new guys and we just need time and experience, and then I promise you we will scare some teams,” said the man of the match from the second T20 game against Pakistan.

Every Proteas cricketer knows that defeat is going to bring criticism, but George Linde, the man of the match in South Africa’s overwhelming victory over Pakistan in the second T20 at the Wanderers on Monday, called on the public to be patient because the national team is confident they will make their supporters proud again soon.

South Africa hammered Pakistan by six wickets with six overs to spare; a real statement win that almost seemed to be motivated by anger.

The Proteas were clinical with the ball, starting with left-arm spinner Linde, who opened the bowing and took three for 23 in his four overs, and batted with great confidence. Linde was there at the death with 20 not out off 10 balls and he took three well-judged outfield catches.

“We always get abuse, no matter what we do, but I would just ask people to be patient, we’ve got this,” Linde said after the emphatic victory.

“There are a lot of new guys and we just need time and experience, and then I promise you we will scare some teams. If we look back at the first game, we should have won and we did not play that badly. It’s just we weren’t good enough in the last five overs.

“Today the bowlers really stood up and a lot of guys showed real character. I’m just very happy for everyone, but especially Sisanda Magala, who really showed his character. Myself and a lot of other players believe he is the best death bowler in the country so we weren’t worried after his first over. We know he’s got the skills.”

Magala’s first over was a horrible 12-ball affair littered with no-balls and wides that cost 18 runs, but the rookie international bounced back superbly to concede just 14 runs in his last three overs. That included the wicket of Pakistan kingpin Babar Azam, bowled for 50, and Magala conceded just five runs in the last over of the innings.

Other than the bowlers, the batsmen came out blazing, led by Aiden Markram’s 54 off 30 balls, and Linde said they were just following the plan set in place for the T20 World Cup later this year.

“This is the game-plan heading towards the World Cup, it’s what we’ve all bought into,” Linde said. “If we play that type of cricket then we can reach another level, and we know exactly how we want to go about things.

“I do practise my six-hitting, I train a lot so hitting my first or second ball for six is no problem, I just have to back my game. Being able to attack in any situation, I practise these things on my own.”