Rizwan stars as Pakistan down sloppy Proteas in opening T20 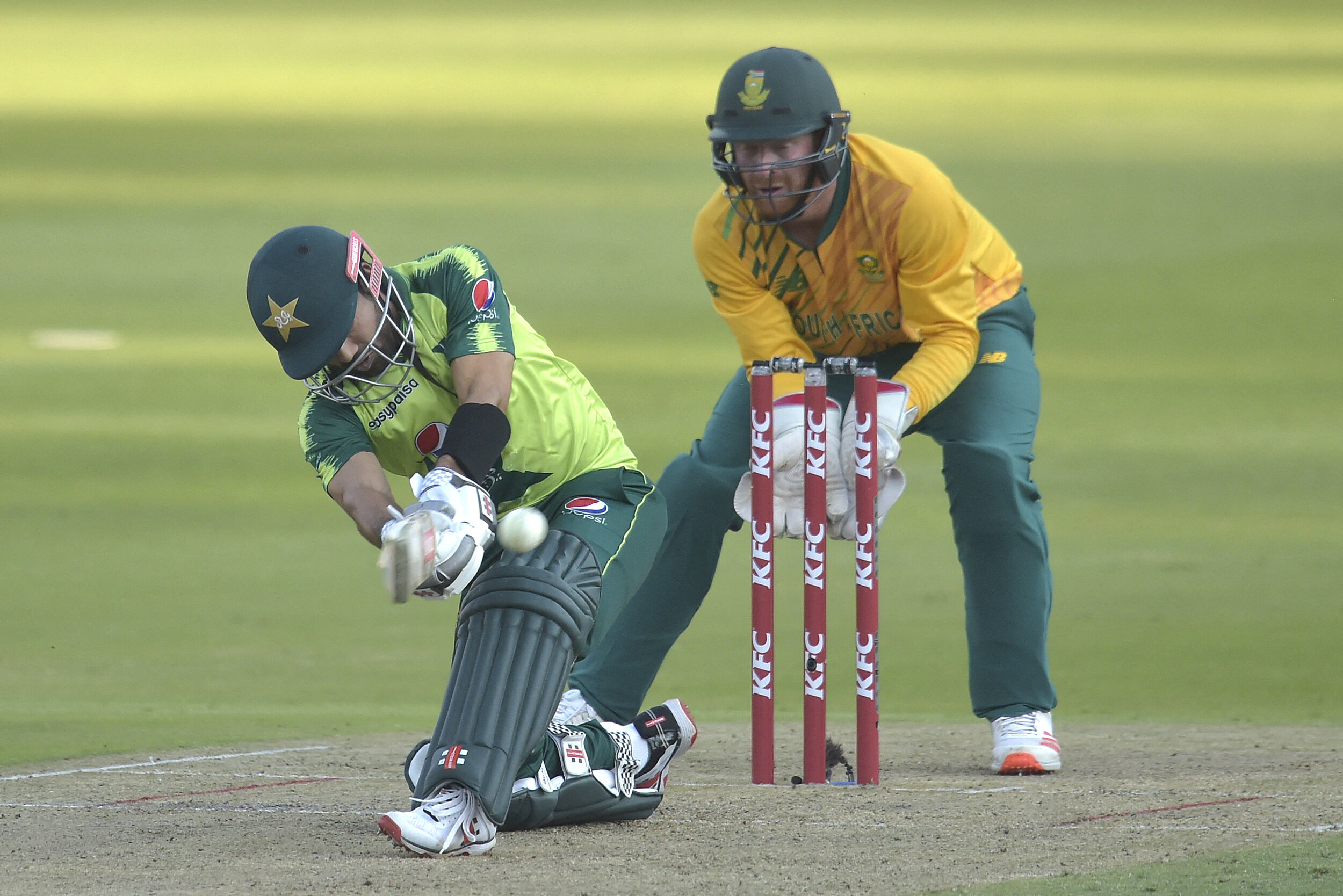 Pakistan made the most of some wayward bowling and indifferent fielding to chase down the Proteas’ score.

South Africa looked like they were cleaning up in their T20 match against Pakistan at the Wanderers on Saturday with all the efficiency of a chamois cloth, but in the last five overs of both innings they were about as effective as a cheap calico cloth.

Not only did the Proteas batsmen only score 37 runs in the last five overs of their innings to go from a commanding 151 for three to a decent but far from impregnable 188 for six, but they then allowed Pakistan to go from 132 for three after 15 overs to winning by four wickets with a ball to spare.

It was wrist-spinner Tabraiz Shamsi who had given the Proteas a strong position in the field with another brilliant spell of bowling, the world’s number one T20 bowler taking two for 29 in his four overs.

But in the last five overs there were several full tosses hit to the boundary and Pakistan went into the 20th over needing 11 to win the first match of the series. Debutant Lizaad Williams actually bowled a decent over; the only boundary he conceded being an edge to third man, but there were two catches missed and the match came to a suitably farcical ending when the winning run came via a throw hitting the stumps and deflecting away.

Opener Mohammad Rizwan was the star of the show, scoring 74 not out off 50 balls, yet another clinical, remorseless innings by the wicketkeeper/batsman. Faheem Ashraf played a key role in the closing stages with his 30 off just 14 balls. Hasan Ali then helped finish the job with nine not out off three deliveries.

Aiden Markram and Heinrich Klaasen were the busy bees at the wicket for South Africa, their half-centuries leading the way. Proteas batsman Aiden Markram was in good form on Saturday, notching a 50 in the first T20 game against Pakistan. Picture: Gordon Arons/Gallo Images

The pair added 61 for the third wicket, off 33 balls, putting the Proteas in a powerful position. Markram, a late addition to the T20 squad, looked extremely comfortable in his role opening the batting, scoring 51 off 32 deliveries.

Once he was dismissed, wicketkeeper Mohammad Rizwan taking a fine catch off left-arm spinner Mohammad Nawaz, Klaasen continued with his big hitting, collecting four sixes before he was caught at short fine leg trying to paddle Hasan.

The captain’s departure led to the buzz being lost as well, the rest of the innings rather fizzling out as Pakistan’s bowlers did exceptionally well, targeting the blockhole.

Pite van Biljon made 34 off 24 balls and the other main contributor to the innings was opener Janneman Malan, who scored a bright 24 off 16 deliveries, including a magnificent straight six off left-arm quick Shaheen Shah Afridi.

Debutant Wihan Lubbe hit his first ball in international cricket for four, but was deceived by a slower delivery from Hasan and caught at a wide deep mid-off two balls later.

Hasan, with two for 28, and Nawaz, who took two for 21, were the standout bowlers for Pakistan. – Ken Borland