The Queen‘s husband, and Britain’s longest-serving royal consort, will be farewelled in nine days.

The Duke was entitled to a full state funeral at Westminster Abbey but had requested a “no-fuss” send-off.

In the hours after his death, the UK’s College of Arms confirmed the Duke would not be farewelled with a state funeral or lie in state for public mourning and asked Britons to stay away from the service.

So, what happens between now and then?

Operation Forth Bridge – the codename used to signify the death of Prince Philip – is now under way.

Simon Morgan, who spent many years as a member of the Royal Protection Detail, said the plan is in place so everyone knows the protocol.

“Forth Bridge was always very much a low-key occasion,” he told Weekend Today.

“That was the Duke’s own words. Everything with the Duke was always very low key. What we are going to see now, due to the current COVID restriction, an even more low-key event.

“Certainly I think that will come out in the next couple of days as to what that will actually look like,” Mr Morgan said.

From Monday in the UK funerals can have up to 30 people attend, which will also impact the size of the service.

Today marks the first day of the mourning process.

Prior to his death, Prince Philip made his wishes clear – he did not want a state funeral, nor a lying in state.

Flags will be lowered to half-mast around the country, and members of parliament in the UK are expected to wear black armbands on their left arms.

The ceremonial mace that sits at the House of Commons will be draped in black, or have a black bow fastened to it. 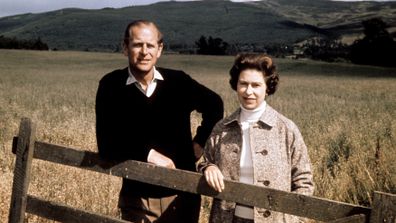 Councils will be encouraged to scale back official business.

The Queen will enter an official period of mourning until the Duke is laid to rest.

This means she will not conduct any affairs of state and laws will not be presented for royal assent.

This official mourning period for the Queen is 30 days, whereupon she will return to her official duties.

The body was expected to be taken to St James’s Palace but, in line with His Royal Highness’s wishes, will instead lie at rest while remaining at Windsor Castle.

His children, Charles, Anne, Andrew and Edward, together with their families, will hold a vigil ahead of the funeral service the following day.

There will be a service at St George’s Chapel, in Windsor Castle, and the Prince will be buried in the royal vault.

“The funeral arrangements have been revised in view of the prevailing circumstances arising from the COVID-19 pandemic and it is regretfully requested that members of the public do not attempt to attend or participate in any of the events that make up the funeral,” read a statement released by the College of Arms, the body that works with the Earl Marshal to organise coronations and state funerals.