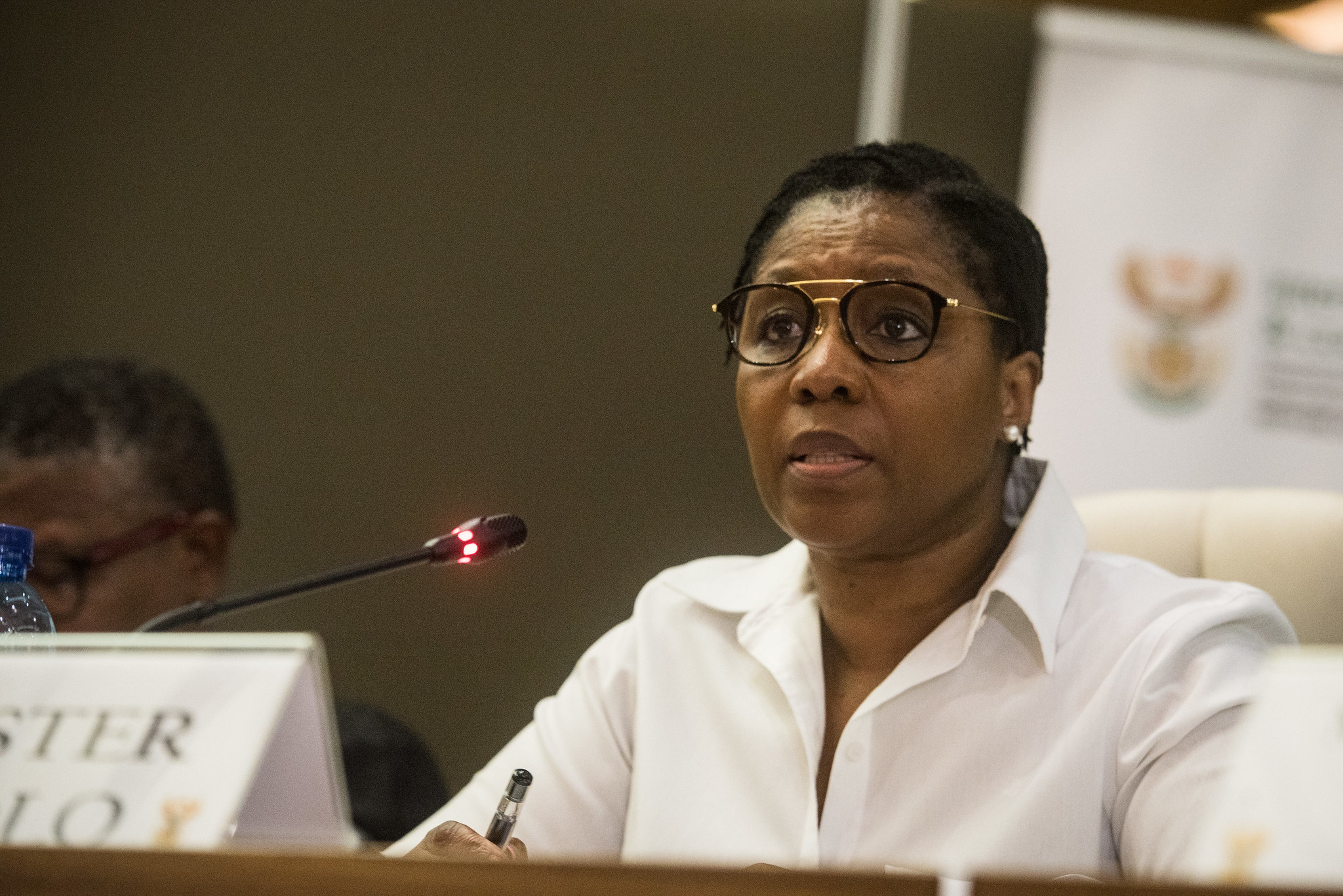 The SSA has come under the spotlight at the state capture inquiry with damning testimonies from employees within the agency.

She also said a new “service provider” was appointed after News24 this week reported that law firm Bowmans had pulled out of investigating wrongdoing in the State Security Agency (SSA). This after what was said to have been internal fighting, jostling over access to documents, and uncertainty over their terms of reference.

Dlodlo, in a statement on Friday, said all reported transgressions are being pursued and all wrongdoing, even by those not mentioned in the testimonies at the Zondo commission of inquiry into state capture, are being investigated and will be prosecuted without fail.

The three suspects who’ve since been arrested include Thuso Leonard Oesi, 39, who worked in the IT department, and Kgaogelo Bopape, 52, a secretary. They face charges of forgery, fraud, corruption, and theft to the tune of around R1.1 million.

Both suspects have since appeared before the Pretoria Commercial Crime Court.

Dlodlo said despite the withdrawal of Bowmans, her office was determined to root out corruption within the State Security Agency.

“I am pleased that we on our own have been able to successfully investigate and report some of these corrupt activities in the agency,” she said.

She said: “The process to appoint a new service provider to conduct these forensic investigations will be expedited so that we do not lose the momentum in our collaboration with law enforcement agencies such as the Hawks in these investigations.”

The SSA has come under the spotlight at the state capture inquiry with damning testimonies from employees within the agency, revealing how political interference and corruption infiltrated the security agency.

The SSA was recently plagued by yet another scandal that saw about over a million being stolen from the department’s coffers.