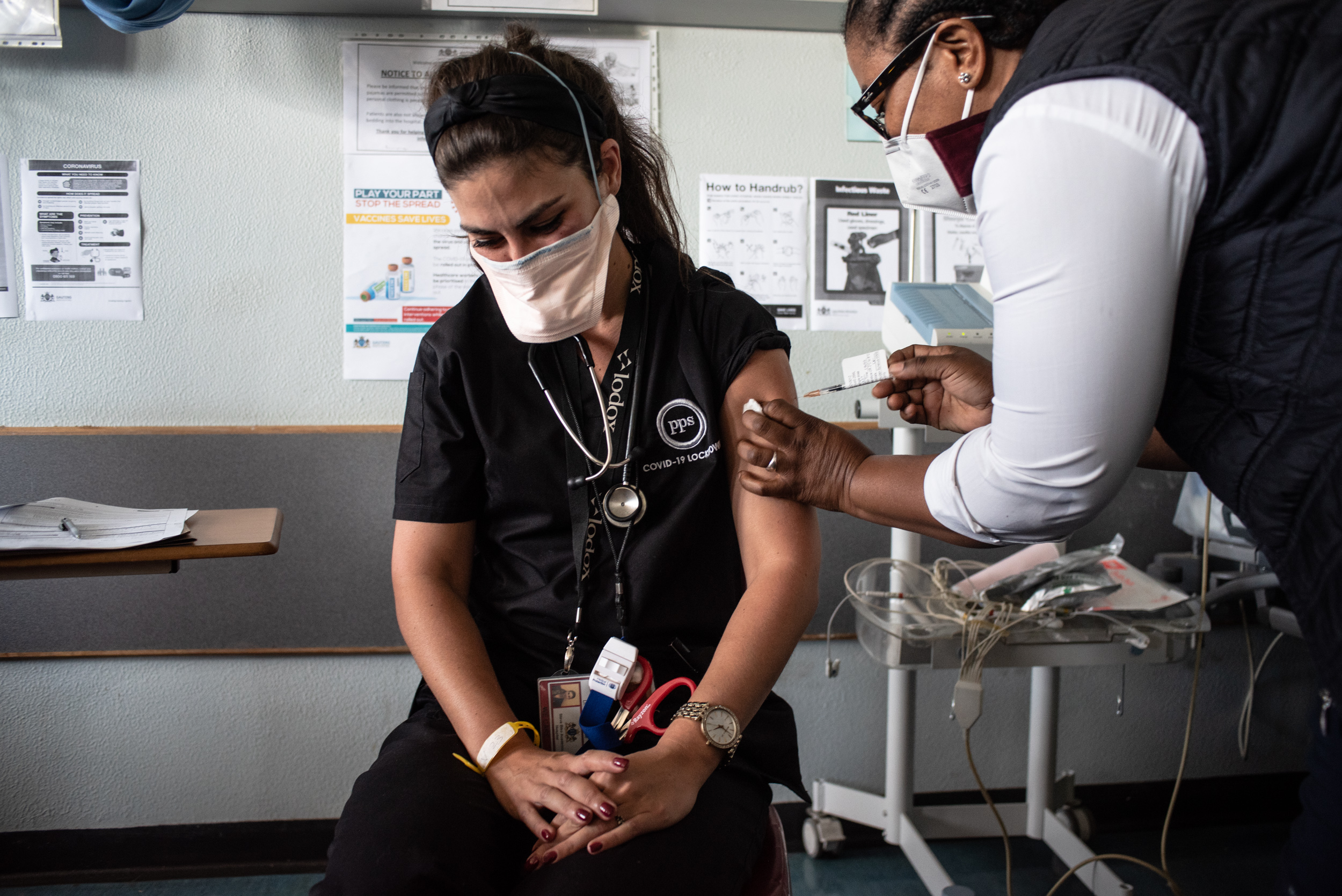 As of Thursday, the total number of confirmed Covid-19 cases is 1 554 975, with 1 366 new cases recorded since the last report, Health Minister Zweli Mkhize has announced.

62 more deaths have been reported: 1 from Eastern Cape, 11 from Free State, 8 from Gauteng, 2 from KwaZulu-Natal, 5 from Mpumalanga, 30 from North West and 5 from Northern Cape.

“We convey our condolences to the loved ones of the departed and thank the healthcare workers who treated the deceased,” said Mkhize.

The number of healthcare workers vaccinated under the Sisonke Protocol is 283 629.

Australia on Thursday joined a growing number of countries halting the use of the AstraZeneca coronavirus vaccine for younger people over fears it can cause serious blood clots.

In a further setback for Australia’s already halting coronavirus vaccine rollout, officials said the AstraZeneca shot should no longer be given to people under the age of 50, unless they had already received a first dose without any ill effects.

Prime Minister Scott Morrison held an evening press conference to announce the decision shortly after the government’s medical advisory board decided to follow European and other countries in limiting the use of AstraZeneca.

“We’ve been taking the necessary precautions based on the best possible medical advice.”

Australia has been one of the world’s most successful countries in containing the spread of Covid-19, with fewer than 30,000 cases and 1,000 deaths for a population of 25 million and virtually no ongoing community transmission.

But it has fallen far behind the government’s own schedule for vaccinating people against the disease, with just a million doses administered by Thursday when it had pledged to give four million doses by last week.

Australia had counted on using AstraZeneca to inoculate most of its population, first using doses imported from Europe and then locally manufactured vaccines.

But vaccine shortages in Europe led to delays in AstraZeneca shipments, while planned deliveries of alternative vaccines like Pfizer/BioNTech and Novavax have not yet ramped up.

Several European countries have already suspended the use of AstraZeneca’s vaccine for younger populations after it was earlier banned outright in several places over blood clot scares.

The EU’s medicines regulator said Wednesday that the blood clots should be listed as a rare side effect of the shot, but that the benefits of inoculation continue to outweigh the risks.

Australian officials justified the cutoff age of 50 for giving the vaccine by saying younger people were less at risk of suffering severe complications from Covid-19.

But they stressed that older Australians should continue to trust the AstraZeneca shots.

ALSO READ: Here are the 18 sites where SA’s first vaccinations will take place

“I want to reiterate that we are strongly encouraging those 50 and over to take up the AstraZeneca vaccine — it is a highly effective vaccine at preventing severe Covid,” said Brendan Murphy, head of the government’s health department.

He added that the danger from blood clots associated with the vaccine was “extraordinarily low”.

There has so far been only one case of blood clotting in a patient who received the AstraZeneca vaccine in Australia.

Morrison and Murphy said they were confident there would be enough doses of the Pfizer/BioNTech and Novavax vaccines to complete the inoculation of Australian adults.