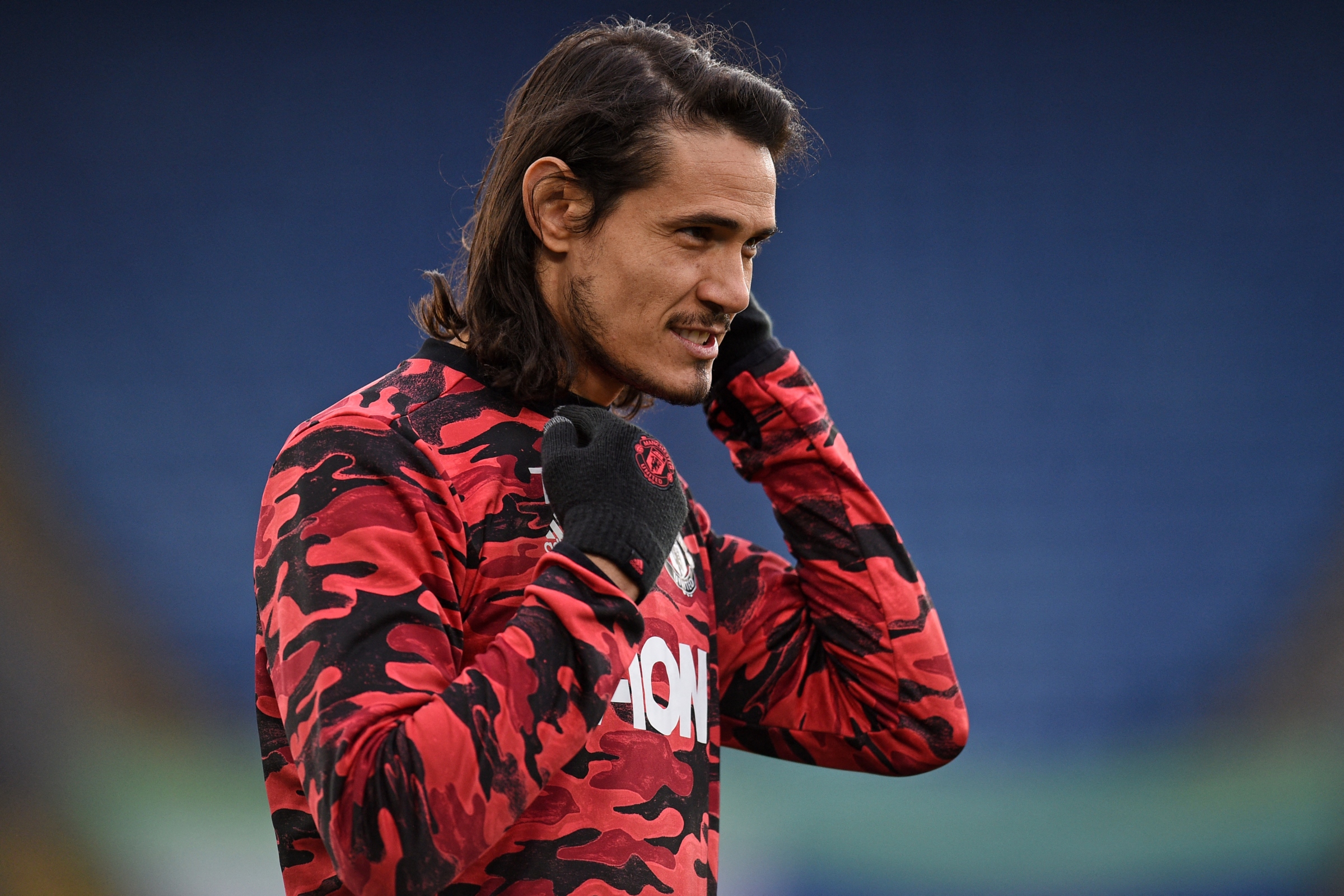 The 34-year-old Uruguay international arrived at Old Trafford as a free agent in October on a deal until the end of the campaign with the option of a further year.

The 34-year-old Uruguay international arrived at Old Trafford as a free agent in October on a deal until the end of the campaign with the option of a further year.

Unlike most extension clauses it has to be agreed by both parties before it can be triggered and there is speculation that Cavani could move to Argentine giants Boca Juniors.

Solskjaer said he had discussed the matter with the former Paris Saint-Germain forward.

“I’ve kept in touch with Edi, of course, and we keep an open dialogue,” said Solskjaer. “He’s still unsure what he wants to do next season, which I find fine.

“It’s not been an easy year either for him or the rest of the world this season, so he still wants time to make his mind up.”

Cavani came off the bench in Thursday’s 2-0 Europa League quarter-final first-leg win at Granada, making his 28th appearance of a season marred by injuries.

He also served a three-match Football Association ban for using a racial term in a social media post. The striker apologised for any unintentional offence caused.

Solskjaer believes Cavani, who has scored seven times for United, will finish the season strongly despite the potential distractions.

“I’m very sure that we’ll get a good version of Edinson for the rest of the season,” said the Norwegian.

“He knows that this is the business end of the season, where we fight for the Europa League trophy and we can see the end line in the league.

“He’s been so positive in and around the place, he’s been great to have.”

Second-placed United face Tottenham on Sunday, eager to atone for a 6-1 hammering earlier in the season in a match in which Anthony Martial was sent off.

“I think the players will remember that game with a lot of pain and their pride has been hurt, our professional pride’s been hurt,” said Solskjaer.

“The way and the manner we lost is not ourselves and we know that. We gave ourselves a difficult game by having 10 men.

“Pre-season was short and we weren’t up to the standard required, but we were so poor and I’m pretty, pretty sure we’ll see some players wanting to prove that we’re better than that.”