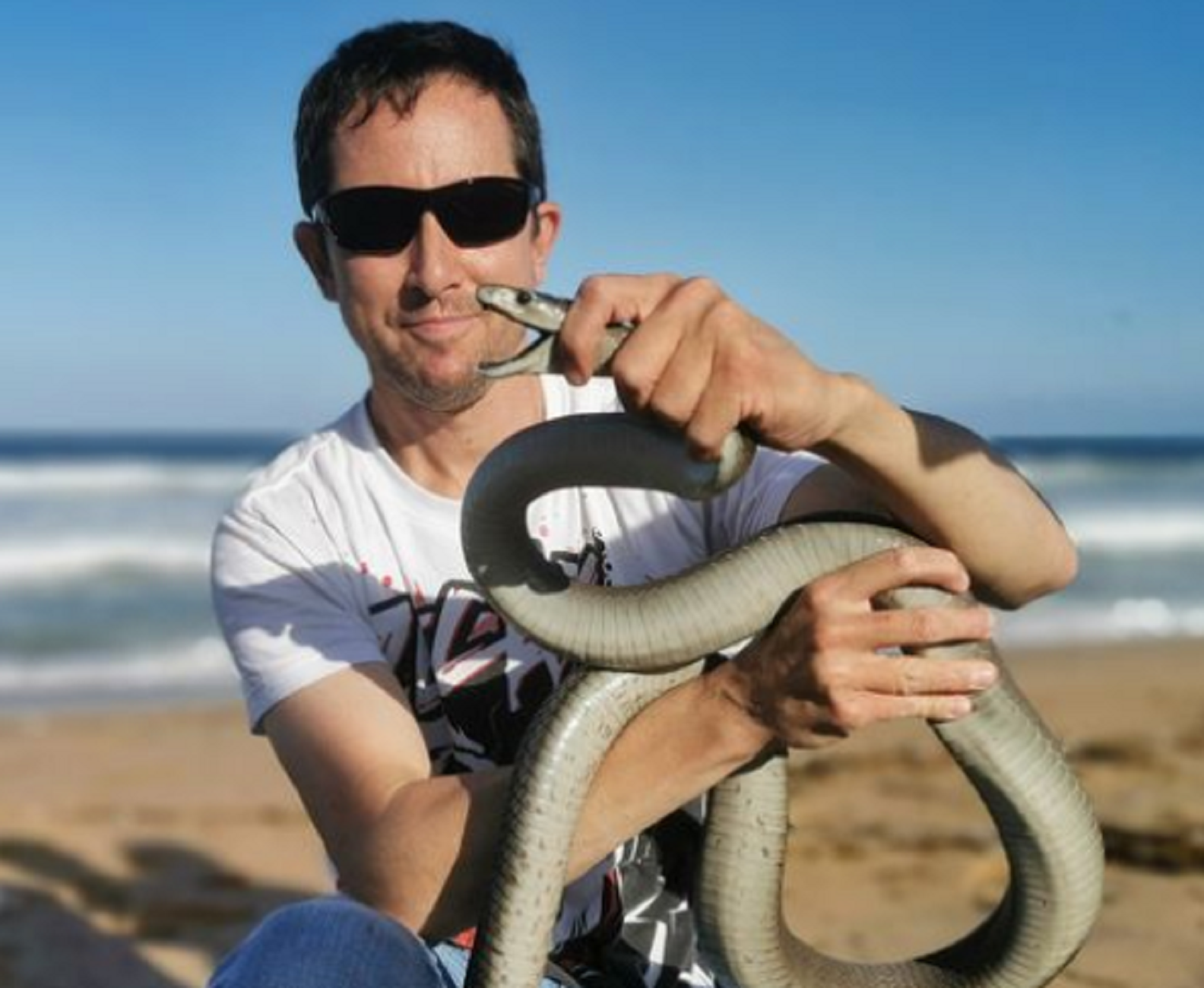 When he arrived, the reptile had just been washed up on the shore again. He said he had no trouble catching it because it was exhausted.

Snake catcher Jason Arnold has rescued a black mamba on Glenashley Beach in Durban – his second one in recent months.

According to Arnold, fishermen on the beach noticed a large snake in the waves and watched it get washed up onto the beach. One of the fishermen then called him.

“While on my way there through heavy Verulam traffic, the person called back to tell me that a big wave broke on the shore and took the snake back out to sea and it was now quite far out. I told them to just carry on watching until I got there,” he said.

When he arrived, the reptile had just been washed up on the shore again. He said he had no trouble catching it because it was exhausted.

“I remained on the beach with it and a brave young lady happily assisted me in holding the body up in the air, whil I gently held the head facing down, allowing gravity to drain  much of the swallowed and inhaled water to drain out of it.

“Every time the snake exhaled, I could literally feel the vibration of the gurgling water in its lung. And with every breath, a bit of water would drain out of the snake’s mouth.”

The mamba measuring about 2.3 metres was taken home and will be under observation until it can be given a clear bill of heath. It will later be released into a suitable habitat away from people.

“I’m assuming the snake got washed down a storm water pipe that led out directly onto that beach with the heavy downpour we had on Tuesday,” he said.