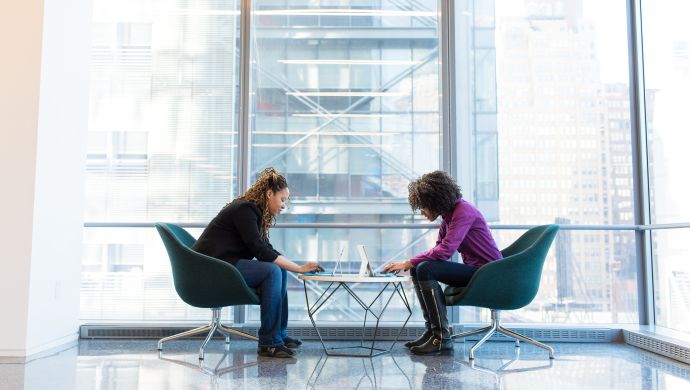 The podcast uncovers stories from outstanding entrepreneurs in Southeast Asia on their journey, insights and advice on running a tech company. The first one in the series is Hang Do, the COO of SCommerce, a Vietnamese logistics provider and Fanny Moizant, co-founder and president of Vestiaire Collective, a luxury retail platform startup founded in 2009.

They offer insights on what it’s like to be women in leadership positions within two different tech industries, by sharing their experiences and thoughts on how to create greater impact by empowering and leveraging women at all levels of the workplace.

SCommerce recently secured funding from Singapore investment firm Temasek of about US$100 million making it their largest financing up to date. Born and raised in Hanoi, Do spent 10 years studying and working in the US before moving back to Ho Chi Minh City in 2011.

“I could never imagine in my past life that I could ever do logistics, but here I am, five years later and still doing very well,” said Do. When asked about the key to one’s career success, Hang puts great emphasis on hard work and resilience. “I don’t think anything can replace hard work, no matter how good of a salesperson you are, especially for women. Sometimes you really need to hustle and negotiate to get what you want.”

Talking about women in the workplace in Vietnam, Hang said it is traditions that often hinder women from stepping up and negotiating, and even she has to constantly remind herself to do so. “It’s not normal for women to step up, be super confident and start negotiating or asking for what we deserve, not anything more. It’s just what we deserve.”

Throughout Hang’s decade long career, she did not actively go out and look for mentors but the people that she was naturally friends with and kept in touch with over time naturally became her mentors. “The lessons from that are just to be authentic and truthful, add value before you ask for anything back.” From her perspective, it might be asking too much if one is proactively asking for a mentor, but it is highly encouraged to give first a means of what we all should do.

Moizant’s platform has 11 members across 80 countries and has recently announced a new funding round of  EUR178 million, reaching a valuation above US$1 billion thus becoming a unicorn.

Fanny’s journey started from understanding that the fashion industry and consumption have changed to become completely unsustainable.“People were consuming way too much, way too fast, creating a very negative impact on the planet. So I really wanted to solve that problem and to transform the fashion industry for a more sustainable future,” she said in the podcast interview.

In sharing one of her biggest pieces of advice based on her own career experiences, she said “listen and learn, but at the end of the day, follow your intuition. You have to make almost thousands of decisions a day and you have to be comfortable with the business-making process.”

In establishing a strong intuition, one should be surrounded by people that are amazing at what they do, and more importantly, complement your own skills. Too often people surround themselves with the same type of people as they are.

In finding a great mentor within a tech space and especially for female entrepreneurs, Moizant always encourages her team to step out and build their own network and support system as a way of creating value for themselves and for the company.

Within this network, she emphasises giving first before receiving. As a woman, she also puts emphasis on having a strong support system at home, being comfortable with managing both a demanding career and your life at home as a balance that will take you far in the future.

Two main pieces of advice Do have to give is to create a merit-based culture and be aware of gender bias. In a male-dominated industry like logistics and logistic tech, women make up 30-40 per cent of the key senior roles at the manager level.

She claims that by creating a merit-based culture where you promote and grow people no matter who they are, as long as they deserve it, they deserve a higher rank.

Also Read: Women in tech, and a competitive advantage

Second, acknowledge and be aware of the gender bias, and implement it in the recruitment process or the internal development process would significantly improve the women’s presence within the workplace.

When it comes to recruiting and hiring at Vestiaire Collective which is created by two female cofounders, and where 47 per cent of the women are in leadership positions they make sure there is a male and female with the same level of experience interviewing the candidates.

As a strong advocate, they also have a Women in Tech initiative, a female-only tech lab where they commit to hiring women and giving them special events and mentoring within the team.

Listen to the full podcast here.

The post Two women entrepreneurs on why hardwork and diversity are the keys to their companies’ success appeared first on e27.