Australia will fast track other vaccines after AstraZeneca decision; Facebook and Instagram down; Pfizer vaccine recommended over AstraZeneca in under 50s; Teenage boy stabbed to death in Brisbane CBD; Carla Zampatti state funeral to be held on Thursday 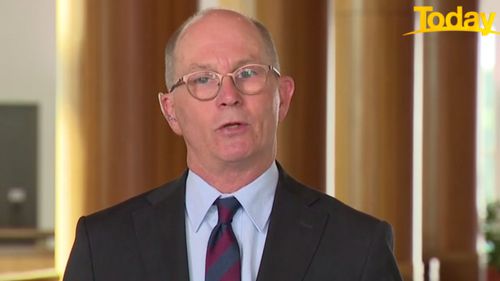 Chief Medical Officer Paul Kelly said Australia’s two other vaccines are being fast-tracked and more could be ordered amid recommendations to avoid using AstraZeneca for people under 50.

He admitted the already delayed rollout will be affected, but refused to be drawn on just when the nation will be vaccinated.

“Clearly with these changes overnight, we will need to look at our rollout schedule and, indeed the way we’re rolling out the vaccine so that people have availability of that right vaccine for them at the right time,” Professor Kelly said.

“It’s likely that will affect that rollout.

“We’re looking to increase the number of alternative vaccines that we have.

“The Novavax, we have 51 million doses of those on order. We hope they will come in the second half of the year.

“And the Pfizer vaccine we have those 20 million doses coming.

“They have guaranteed they will increase the rate at which that’s coming.

“We’re in negotiations with them in terms of potentially increasing that number of doses.”

Professor Kelly said leaders at National Cabinet today will discuss how the rollout might be affected including when the nation might be able to reopen to the world.

Leaders have always said borders wouldn’t open until the majority of the population was vaccinated.