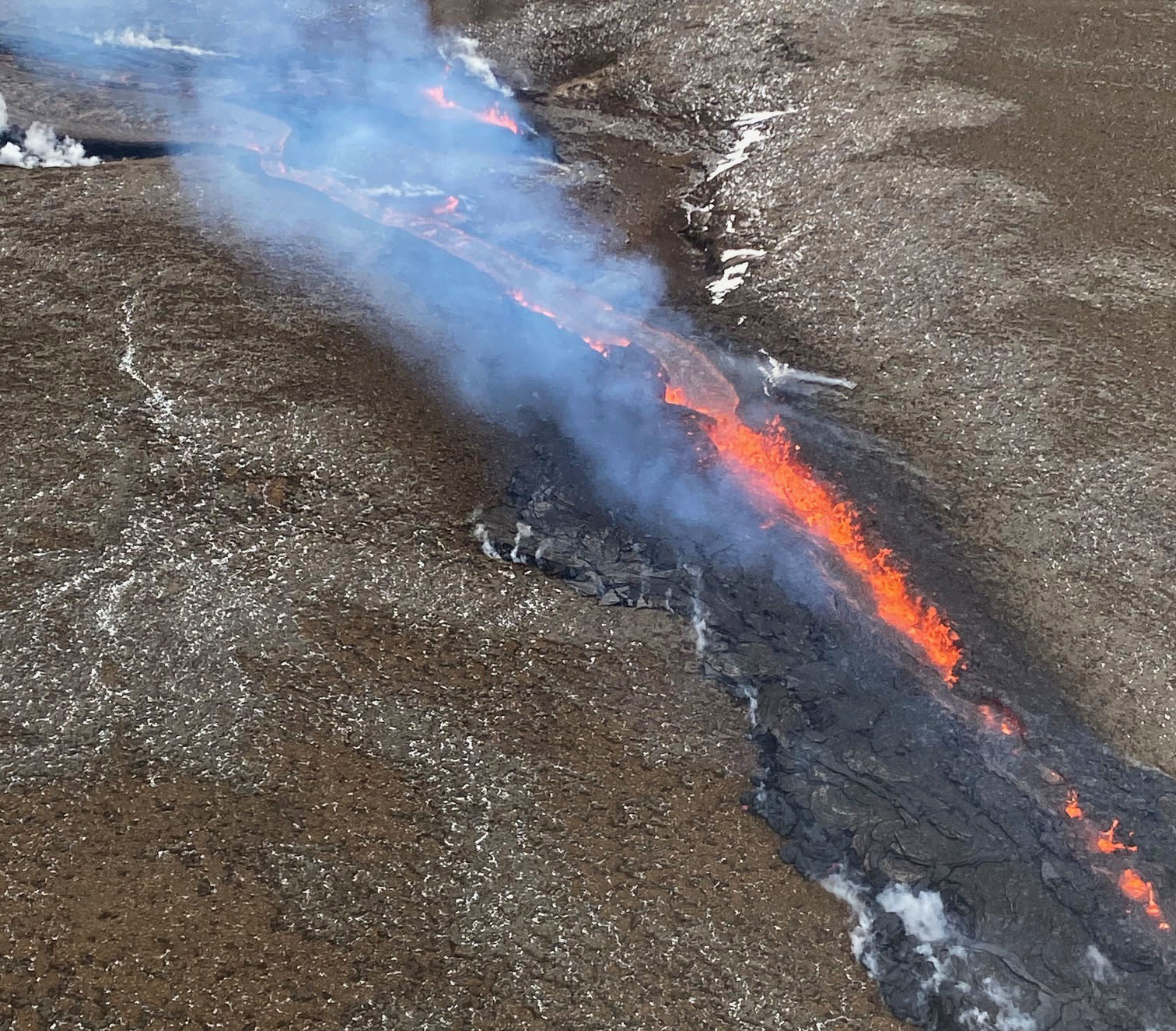 The new fissure, some 200 metres (yards) long, is a kilometre from the first eruption, which sits in the Geldingadalur valley, said an Icelandic Meteorological Office (IMO) statement.

It opened up around midday local time (1200 GMT), the IMO added.

Live television footage on state broadcaster RUV showed small amounts of orange magma on the ground, giving off fumes. The new stream of lava is running down into another valley, called Merardalir.

The authorities have sealed off access to the volcano site as a precaution and begun evacuating sightseers, said the IMO. People have been flocking there to see the spectacle since the eruption began on March 19.

Icelandic experts, who initially thought the eruption near Mount Fagradalsfjall would be a short-lived affair, now think it could last several weeks or more. The volcano lies just 40 kilometres (25 miles) from the capital Reykjavik.

While Iceland has more active volcanoes than any other country in Europe, the Reykjanes peninsula has not experienced an eruption since the 13th century — although that one lasted about 30 years, from 1210 to 1240.

At the last count by Iceland’s tourism board, 36,293 people had by Sunday visited the site, where lava has been pouring from two small craters, covering almost 30 hectares (74 acres).

READ NEXT: Iceland is the most expensive in Europe