Rescuers have been hampered by damaged bridges and roads and a lack of heavy equipment after torrential rains caused multiple disasters on remote eastern Indonesian islands as well as in East Timor.

By Monday, at least 133 people had died and dozens were missing in Indonesia, and 27 deaths were reported in East Timor.

A tropical cyclone causing the damage is expected to continue affecting the South-East Asian nations for days while moving south toward Australia.

Mud tumbled down from surrounding hills onto dozens of homes in Lamenele village shortly after midnight on Sunday on Adonara island in East Nusa Tenggara province. 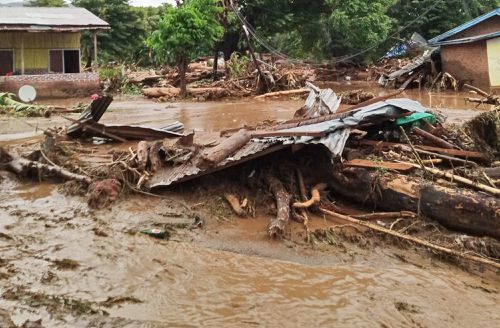