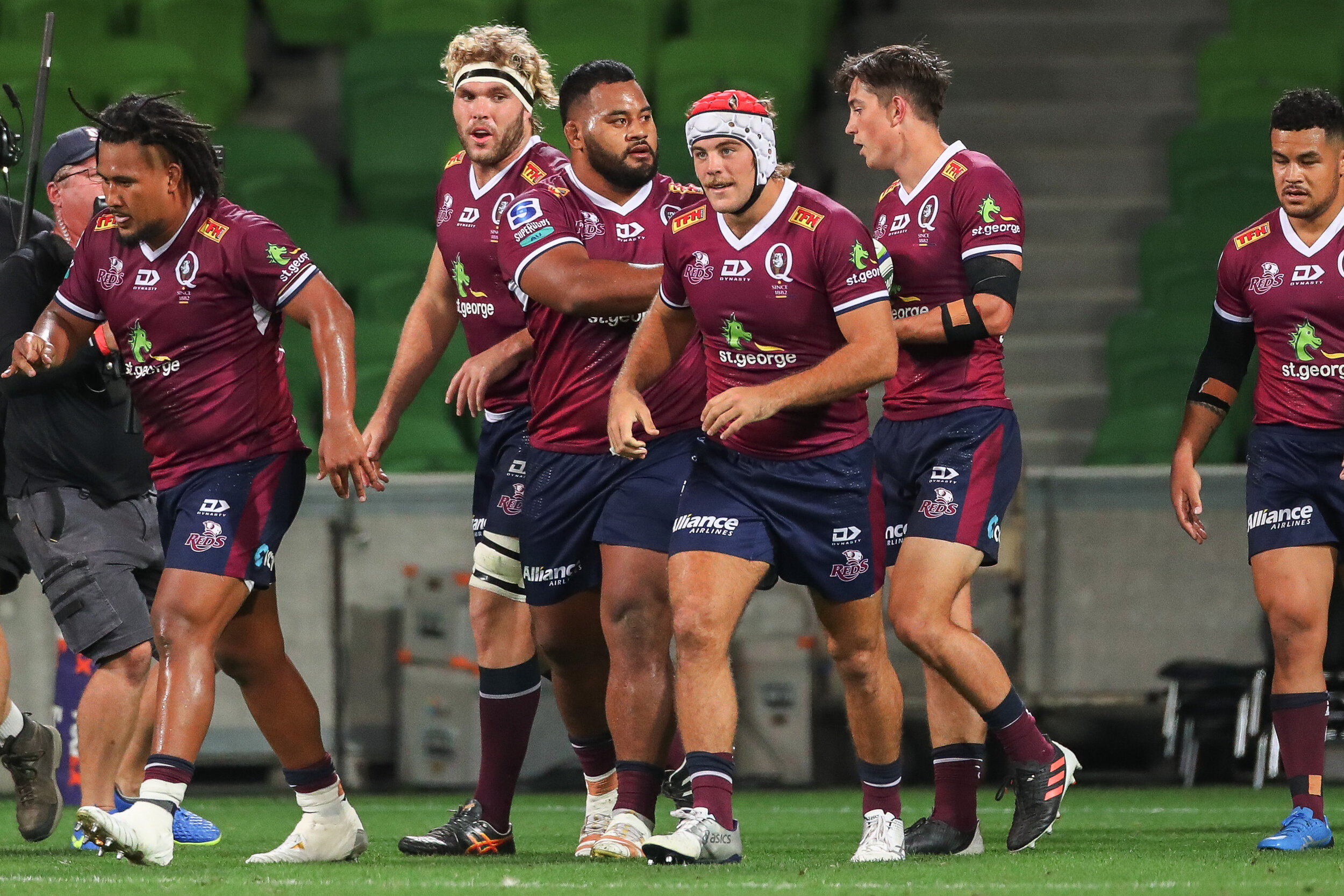 The Queensland Reds remained unbeaten with a clinical 44-19 win over the Melbourne Rebels to stretch their lead at the top of Super Rugby AU in Melbourne on Saturday.

Brad Thorn’s Reds finished with six tries to three and always had control of the match to leapfrog the ACT Brumbies by four points at the top of the standings after six rounds.

It was the Reds’ biggest winning margin over the Rebels in Melbourne and marks them as the team to beat this season.

Led by Wallaby James O’Connor with 14 points and a try double from hulking tight-head Taniela Tupou, the Reds were too big and strong for the Rebels.

“We’re in a building phase and now everybody has matured and there’s a lot of young guys with a lot of game time and I think it’s our time to put it forward to the Brumbies and win this competition,” skipper O’Connor said.

The Reds are aiming to host this season’s final in Brisbane and face the Brumbies at home next weekend in what could prove a season-defining game.

The Reds bounded to a 14-0 lead after the opening six minutes after powerhouse prop Tupou burrowed over and an intercept try from Hunter Paisami off a Reece Hodge pass inside the Reds half.

It got no better for the Rebels when O’Connor speared through an opening and sent Tupou over for his second try and a 24-0 lead midway through the half.

The Rebels pulled back a try when Matt Toomua put winger Frank Lomani through a gap to score with Toomua adding the extras for 24-7.

Lomani then turned provider, breaking the line and sending Hodge racing over for Melbourne’s second try to trail 24-14 at half-time.

The Reds sized the initiative on the resumption and flanker Fraser McReight scored to push the margin out to 17 points.

Queensland stretched their lead further when winger Jock Campbell scored wide out off an O’Connor pass to lie in a bonus-point position with under 20 minutes left.

But the Rebels crossed for their third try of the night when Thomas Nowlan and Marika Koroibete combined to send number eight Michael Wells charging over to trail 39-19 heading into the final 10 minutes.

The Reds finished with a try by Josh Flook off a high kick to the corner by O’Connor to claim a bonus point.

“We let them off to too good a start. We got it back into a contest at half-time, but you can’t give a team like that such a big lead.”