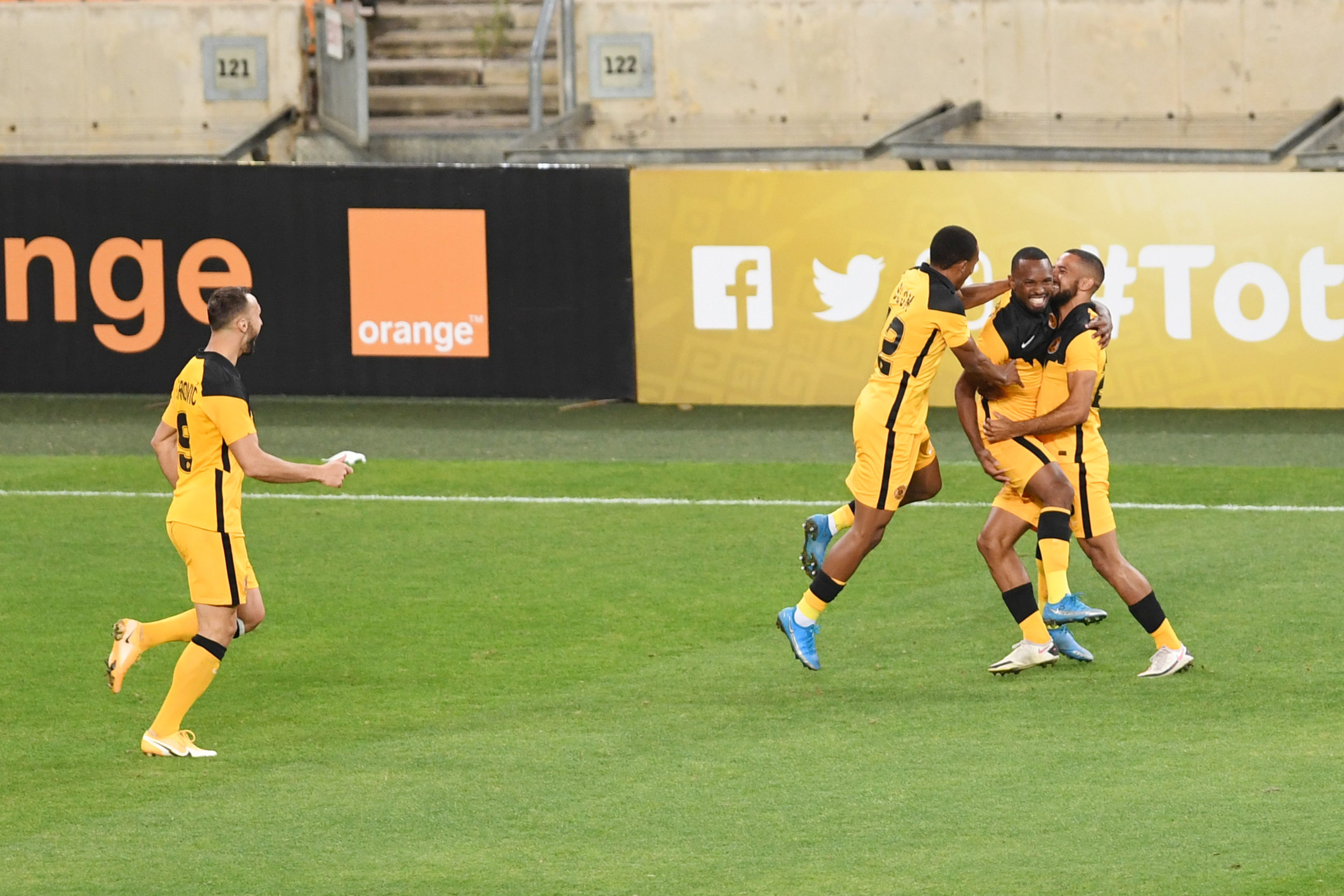 Kaizer Chiefs showed their grit and fought for an important win with nine men in a Caf Champions League match against Wydad Athletic at FNB Stadium on Saturday evening.

The win gives Amakhosi a fighting chance to advance to the knockout stages of the competition, but they will need to win or get a score draw in their last fixture which is away at Horoya AC in Guinea.

Horoya also won on Saturday night, beating Petro De Luanda 1-0 away to keep their second place in Group C of the continental competition. This left Amakhosi still stuck in third place and with a mammoth task in Guinea.

And they will have to do the battle without two of their influential players in Daniel Akpeyi and Samir Nurkovic who were red-carded in Saturday’s game.

Tempers flared up and the tension was almost visible between the two sides and just 13 minutes into the match, the referee had to break up a scuffle. Amakhosi striker, Samir Nurkovic got into a head-butting incident with Wydad’s Amine Farhane – both got themselves early entries into the referee’s bad books with yellow cards after the scuffle.

It was clear that Amakhosi were the more determined – and probably desperate – of the two sides and sometimes unnecessarily hurried their attacks. At the other end, the Moroccans’ keeper took his sweet time to restart the game whenever the ball went out. And their players went down at the slighted of touches that even a feather would have brought them down.

They took their time to get up and in one incident, one was seem to be getting his head up and looked like calling his teammates and signalling that he was okay but would stay down a little longer. They knew that Amakhosi were getting frustrated and agitated with each minute that went by without scoring or even making meaningful headway upfront.

Things took a turn for the worst for Amakhosi when, in the 40 minutes, Akpeyi was sent off. He had handled the ball outside of his area and tried to cheat by tracking back inside with it.

Amakhosi had to sacrifice an infield player so Itumeleng Khune could go in and it was Lebogang Manyama who bore a look of disappointment as he walked out. And from the resultant free-kick, Wydad came so close to among the lead, with Sofiane Moudane’s curled ball hitting the upright and ricocheting away with Khune well beaten.

But things turned out better for Amakhosi at the start of the second half with Benard Parker scoring an easy header three minutes after the break. This goal gave Amakhosi some confidence back and they didn’t look like they were a man short.

But with two minutes to the end, Amakhosi were further reduced to nine men as Nurkovic was given a straight red after elbowing an opponent.