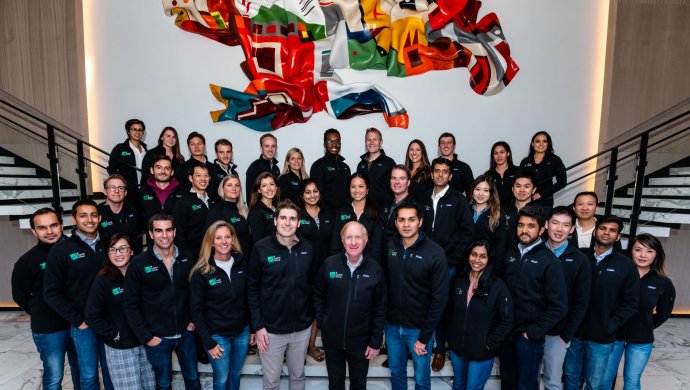 B Capital Group, a global VC firm that counts Facebook co-founder Eduardo Saverin among its founders, announced the close of a new US$415-million fund on a new investment category within the firm even as it plans to expand its investment activity in India and Indonesia.

Named Elevate, the category will provide follow-on capital to high-performing, later-stage companies in B Capital’s portfolio.

This marks B Capital’s first fund formally dedicated to late-growth and late-stage investing and is the next step in its mission to be able to support companies across their life cycles, from early stages to IPO.

With its new fund, the firm has now reached US$1.9 billion in assets under management (AUM).

The VC firm also announced today it will formally launch in China. The Chinese unit will be headed by General Partner Daisy Cai, who will oversee a team investing in early and growth-stage local technology companies.

The new entity will be based out of Hong Kong.

Since its launch in 2015, B Capital has launched offices across the United States and Asia and invested in over 60 early and growth-stage companies driving digital innovation across global industries.

Co-founder Raj Ganguly noted the opportunities within China’s developing B2B technology market. “If the last two decades in China were about the rise of the consumer internet, the next two decades will be about digital transformation in traditional industries: healthcare, banking, insurance and industrials.”

“Of the ten largest companies in China, only Huawei truly provides enterprise-scale technology solutions. We believe now is the right time to enter China because the next marquee name in enterprise technology is being developed right now. We are excited to find the next Salesforce or Oracle in China, and we already have a number of companies in our sights that have this type of potential,” he added.

Also Read: Venturing into China: The challenges and key success factors of localisation

Newly-appointed General Partner Cai will lead a team of nearly a dozen investor-experts. Cai joins B Capital Group from SoftBank Vision Fund, where she was a Partner. She also counts Goldman Sachs and Baidu Ventures among her former companies.

“The B Capital China team will look to invest in data-driven and software-defined businesses that will empower the country’s rapid digital transformation. Healthcare is another strategic focus as B Capital has a track record of successful investing and helping startups with go-to-market and commercialisation,” she noted.

In parallel with entering into China, B Capital Group expansion of investment resources in India and Indonesia comes as it seeks to partake in the growth of what it claims are two of the fastest-growing technology hubs in Asia.

In Indonesia, the company most recently led a US$20m Series A for e-commerce platform Ula and a US$53m Series B for personal finance platform Payfazz.