The teenager who shot the harrowing video of George Floyd under the knee of the Minneapolis police officer now charged with his murder has testified that she began recording because “it wasn’t right, he was suffering, he was in pain.”

Darnella Frazier, 18, said she was walking to a convenience store with her younger cousin when she came upon the officers.

She sent the younger girl into the store because she didn’t want her to see “a man terrified, scared, begging for his life.”

One of the bystanders, who identified herself as a Minneapolis firefighter, pleaded repeatedly with officers to check Floyd’s pulse, but Mr Chauvin continued to kneel on Floyd’s neck, and he and fellow officer Tou Thao wouldn’t let onlookers get close, Ms Frazier said.

“They definitely put their hands on the Mace and we all pulled back,” she told the jury.

Ms Frazier said of the defendant: “He just stared at us, looked at us. He had like this cold look, heartless. He didn’t care. It seemed as if he didn’t care what we were saying.”

Defence attorney Eric Nelson sought to show his client and his fellow officers found themselves in an increasingly tense and distracting situation, with the growing crowd of onlookers becoming agitated and menacing over Mr Floyd’s treatment.

But when Ms Frazier was asked by a prosecutor whether she saw violence anywhere on the scene, she replied: “Yes, from the cops. From Chauvin, and from officer Thao.”

When asked to identify the officer, Mr Chauvin stood up in the courtroom and took off his mask, appearing sombre as he looked down and away before putting his mask on.

‘I believe I witnessed a murder’, MMA fighter says

Earlier on Tuesday, a man who was among the onlookers shouting at the officer to get off Mr Floyd testified that he called 911 after watching the former officer officer’s actions on May 25, 2020.

“I called the police on the police,” Donald Wynn Williams II testified Tuesday. “I believed I witnessed a murder.”

Mr Williams, whose testimony began Monday afternoon (Tuesday AEDT) and continued on Tuesday morning (Wenesday AEDT), is the third witness in Chauvin’s criminal trial. He was one of the most vocal bystanders in the widely seen video of Mr Floyd’s final moments, repeatedly calling for officers to get off his neck.

Relying on his own MMA experience, he said that Mr Chauvin performed a “blood choke” on Mr Floyd and adjusted his positioning several times to maintain pressure on the neck.

Mr Williams had gone fishing with his son earlier in the day, and he decided to go to the Cup Foods store in Minneapolis to “get some air” after watching several caught fish suffocate and die.

When he came upon Mr Floyd’s arrest nearby, he watched the man gasp for air and saw his eyes roll to the back of his head — “like a fish in a bag,” he explained.

He said he wanted to get the former officer off Mr Floyd but didn’t physically intervene because former Minneapolis Police officer Tou Thao was directing him to stay away.

After watching Mr Floyd leave in an ambulance, the witness called 911 to report what he had seen.

Mr Williams is the second witness to say they reported the police’s behaviour to the police.

On Monday, a Minneapolis 911 dispatcher testified she was able to watch live video of Mr Floyd’s arrest at the time and called a police sergeant afterward to voice her concerns about the arrest.

“My instincts were telling me that something’s wrong. Something was not right. I don’t know what, but something wasn’t right,” Jena Scurry said she thought as she watched the video.

“It was an extended period of time.”

The testimony in Mr Chauvin’s trial comes 10 months after Mr Floyd’s death launched a summer of protest, unrest and a societal reckoning with America’s past and present of anti-Black racism and aggressive policing.

In opening statements on Monday, prosecuting attorney Jerry Blackwell said Mr Chauvin used excessive and unreasonable force when he knelt on Floyd for 9 minutes and 29 seconds — a number different than the infamous 8:46 timing that has become a symbol of police brutality. The defence accepted the new timing as accurate.

Mr Blackwell played the harrowing video and audio of the death recorded by a bystander to bolster his argument and offered jurors a clear and simple case against the defendant.

“You can believe your eyes that it’s a homicide,” he said.

“You can believe your eyes.” 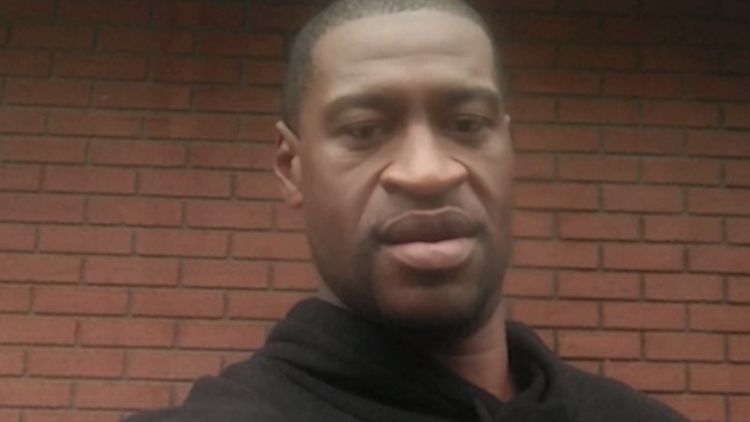 In response, defence attorney Eric Nelson argued the case was more complicated than just that video.

He said Mr Chauvin was following his police use-of-force training and argued Mr Floyd’s cause of death was a combination of drug use and preexisting health issues.

“The use of force is not attractive, but it is a necessary component of policing,” he said.

Witness testimony in the trial is expected to last about four weeks, followed by jury deliberations.

The third-degree murder charge alleges he acted with a “depraved mind, without regard for human life” and the second-degree manslaughter charge says Mr Chauvin’s “culpable negligence” caused Floyd’s death.

He could be convicted of all, some, or none of the charges.

Minnesota’s sentencing guidelines recommend about 12.5 years in prison for each murder charge and about four years for the manslaughter charge.