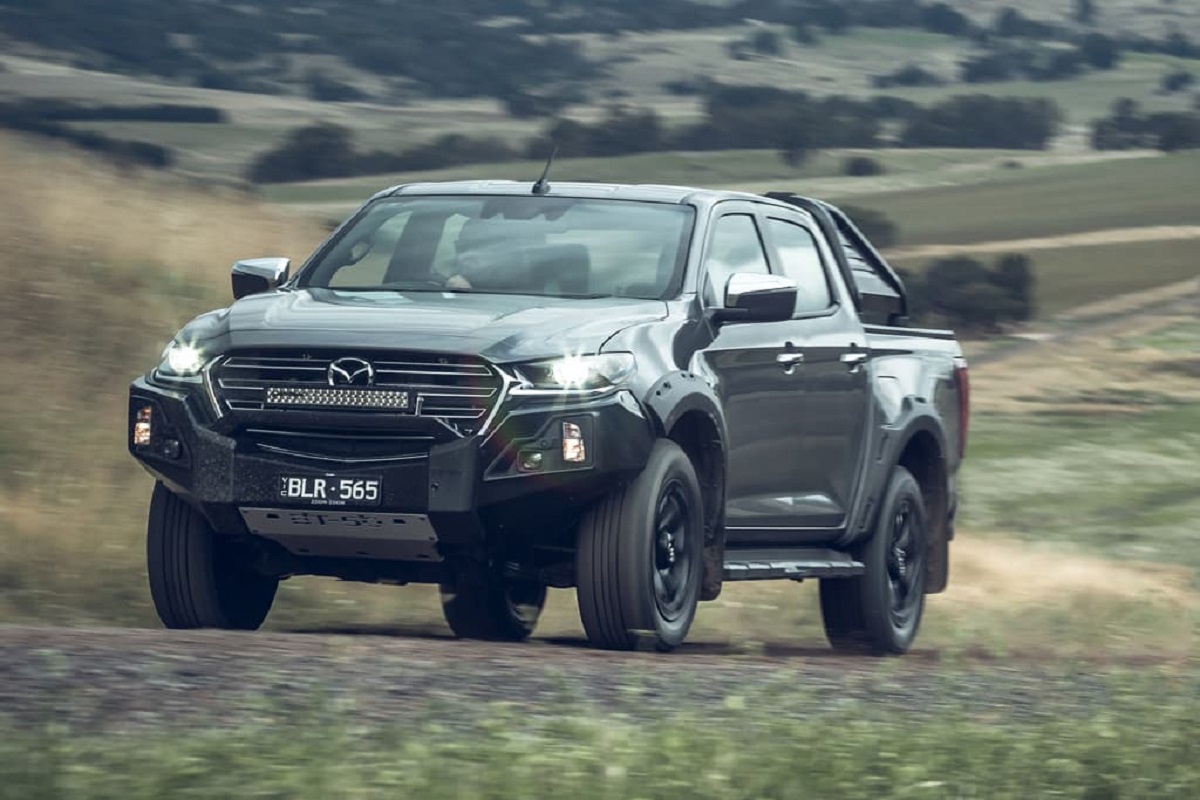 
Mazda has taken the wraps off of an off-road version of the BT-50 in Australia aimed more at the Aussie market-only Toyota Hilux Rogue than the Ford Ranger Raptor.

Going on sale next month and based on the top-spec GT trim level, the rather cheekily named, from a South African perspective, Thunder is largely about cosmetics in spite of an off-road focused model aimed at the Raptor being mentioned in January this year. Inside, the interior and specification level is unchanged from the GT with the same applying to the engine. Like the GT and the Isuzu D-Max on which it now based, the Thunder’s bolt comes courtesy of a 3.0-litre turbodiesel producing 140kW/450Nm.

Hooked to either a six-speed manual or six-speed automatic gearbox, drive goes to the rear wheels as standard with all fours gripping thanks to the inclusion of a low range transfer case. Ground clearance is rated at 240 mm with a locking rear differential included along with Hill Descent Control and Hill Start Assist.

Claimed fuel consumption is 7.7 L/100 km for the manual and eight-litres per 100 km for the automatic with the braked trailer towing capacity rated at 3 500 kg. The BT-50 Thunder’s interior and spec is unchanged from the GT model on which it is based. Image: motoring.com.au

Although the standard BT-50 is still on course to debut in South Africa later this year, a year before the D-Max, the Thunder is unlikely, based not only on its name, but also because of it being designated as an Australian market only model.