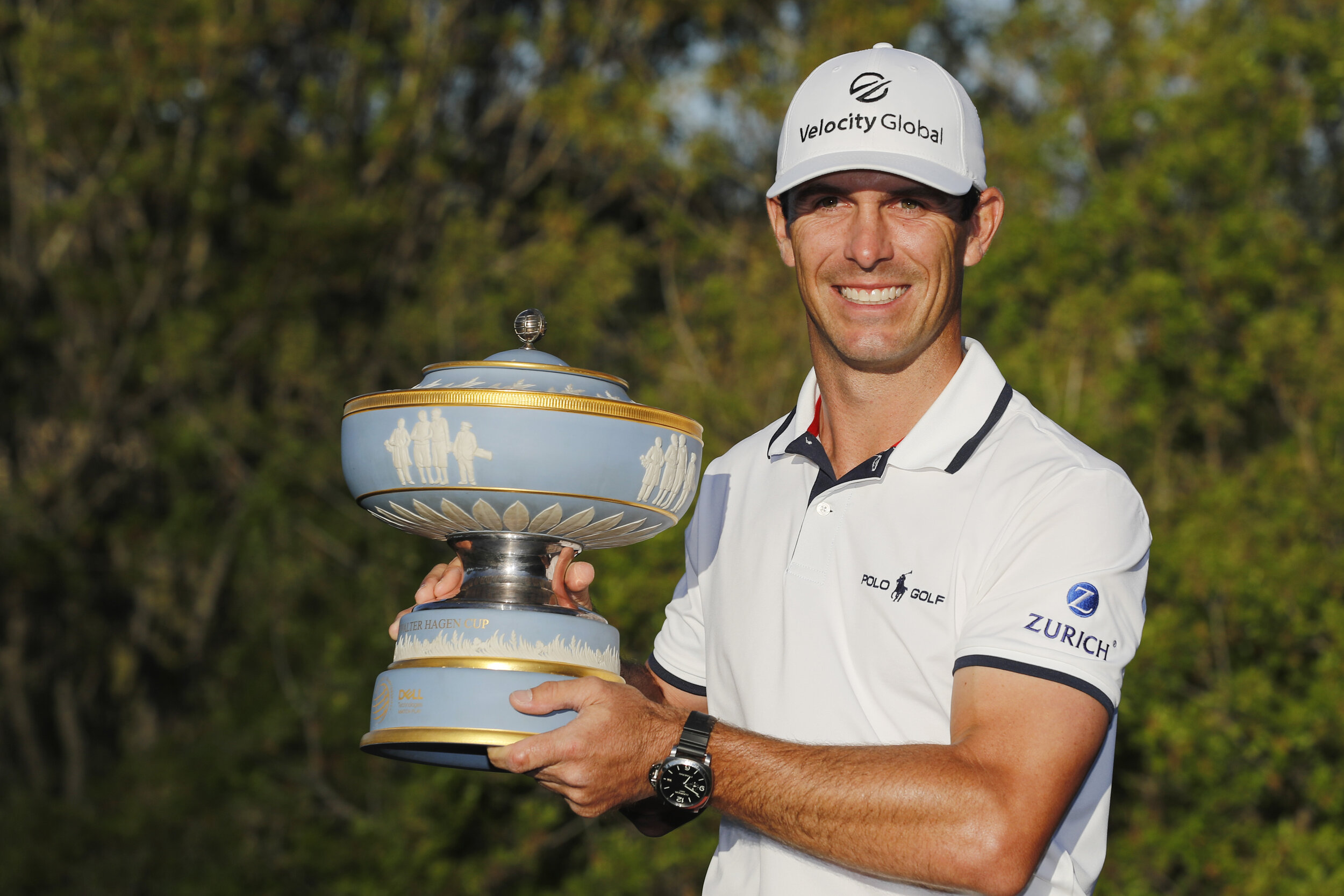 Horschel, the 2014 Tour Championship and FedEx Cup playoff winner, chipped in from 43 feet to win the par-4 fifth hole and level the final, won the seventh and ninth with pars and halved the final eight holes at Austin (Texas) Country Club for the victory.

“There’s so much emotion, so many turns of tides,” said Horschel, who ousted Frenchman Victor Perez 3&2 in a morning semi-final.

“I didn’t play really good. It was a tough day. I had two opponents that didn’t make any putts and I did and that was the difference today.”

Horschel’s first PGA triumph since taking the 2018 pairs event in New Orleans with countryman Scott Piercy came after seven matches over five days and an intense back-nine battle without a stumble by the winner.

“It’s huge,” Horschel said. “I know I’ve won on tour and I feel like I should have won more. I should have at least contended more in some of these WGC events and majors.”

Local hero Scheffler, seeking his first US PGA title in his WGC Match Play debut, would have been the event’s youngest ever champion at 24.

He watched the tournament while playing at the nearby University of Texas and lives only a 15-minute drive from the course and was cheered by a limited crowd allowed to attend due to Covid-19 restrictions.

“I’m proud of the way I fought all week,” Scheffler said. “My game was trending in the right direction pretty much the entire time. This afternoon was really the first time I didn’t feel like I played my best.

“I grinded it out. I fought really hard and I just wasn’t able to make the putts. I just couldn’t get really get anything going. Did what I could with what I had. It just wasn’t enough.” After rolling in a 34-foot birdie putt to win the par-5 second hole with an eagle, Scheffler saw Horschel swipe momentum with the dramatic chip-in then lost holes with bogeys.

“That’s crazy my only birdie of the day was that chip in,” Horschel said. “I hit a lot of good putts early on I thought I made that just missed.

“From there, it was just holding on to the reins and hopefully I didn’t get bucked off.”

Both players had bogeys at the par-5 12th after Scheffler found water and Horschel a greenside bunker.

Scheffler missed a birdie putt from just inside five feet to halve the par-4 14th and stay 2-down.

Horschel kept his margin by blasting out of a bunker within inches of the cup to halve the par-5 16th.

At the par-3 17th, Scheffler needed to sink a birdie putt from just inside 11 feet to win the hole and extend the match, but he missed to end the match, having never managed a birdie against Horschel.

Perez, ranked 33rd, is the world’s top-rated player who is not a US PGA Tour member.

“It was anti-climatic,” Kuchar said. “But once you get going, the juices get going and you don’t want to lose. It was a good battle with Victor, but it’s a tough match to be a part of.”

Kuchar won the first hole with a bogey but Perez equalized with a 20-foot birdie putt at the par-4 second. Kuchar won the eighth with a par and then birdied three in a row to win the par-4 10th, par-3 11th and par-5 12th and seize command.

After pars to halve 15 and 16, Perez needed a 20-foot birdie putt at the par-3 17th to extend the match but rolled it just left of the cup.

The 28-year-old Frenchman moved to Scotland to be with his dentist girlfriend and has embraced Scottish golf culture living near St. Andrews.