Ajaib, which aims to be the ‘Robinhood of Indonesia’, bags US$65M Series A from Silicon Valley VC firm 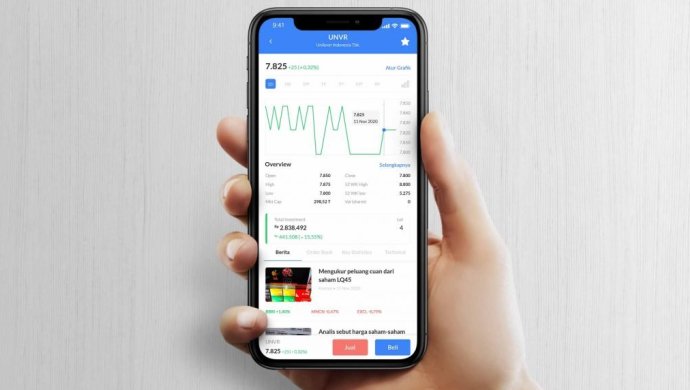 Ajaib Group, an Indonesian online investment platform targeting millennials and first-time investors, has raised an additional investment of US$65 million for its Series A round led by Silicon Valley-based fintech VC firm Ribbit Capital.

This marks Ribbit’s inaugural investment into a Southeast Asia company.

Ajaib said that the proceeds from the round will go towards investing in its product development and engineering capabilities.

The latest tranche of funding comes after the investment platform raised US$25 million in a Series A round led by Hong Kong billionaire Li Ka-Shing’s Horizons Ventures in January this year.

When combined, the mega US$90 million Series A round would be among the largest rounds at that stage within Southeast Asia.

Also Read: The lure of the orient: How retail investors are being drawn to Asian investment markets

“The market has witnessed an unprecedented revolution in retail investing around the world. Ajaib is at the forefront of the revolution and on their way to building the most trusted brand in the market,” opined Micky Malka, Managing Partner at Ribbit Capital.

Founded in 2019 by Anderson Sumarli (CEO) and Yada Piyajomkwan (COO), Ajaib claims it runs the fourth-largest stock brokerage in the archipelago by the number of trades. The firm claims it has processed over 10 million transactions in the last four months and has over a million monthly users on its platform.

Following the blueprint set out by Robinhood in the US, Ajaib leverages the high smartphone penetration rate in Indonesia by operating as a mobile-first stock trading platform. By incorporating a simple user interface and investment education features, Ajaib is able to appeal to novice investors and millennials with elementary financial literacy.

Despite its large population, Indonesia has a low penetration rate for stock investments. There are only 1.6 million capital market investors in the country, which is less than 1 per cent of its population of 273 million, making it an attractive market for investment platforms that target millennial and first-time investors.

The post Ajaib, which aims to be the ‘Robinhood of Indonesia’, bags US$65M Series A from Silicon Valley VC firm appeared first on e27.