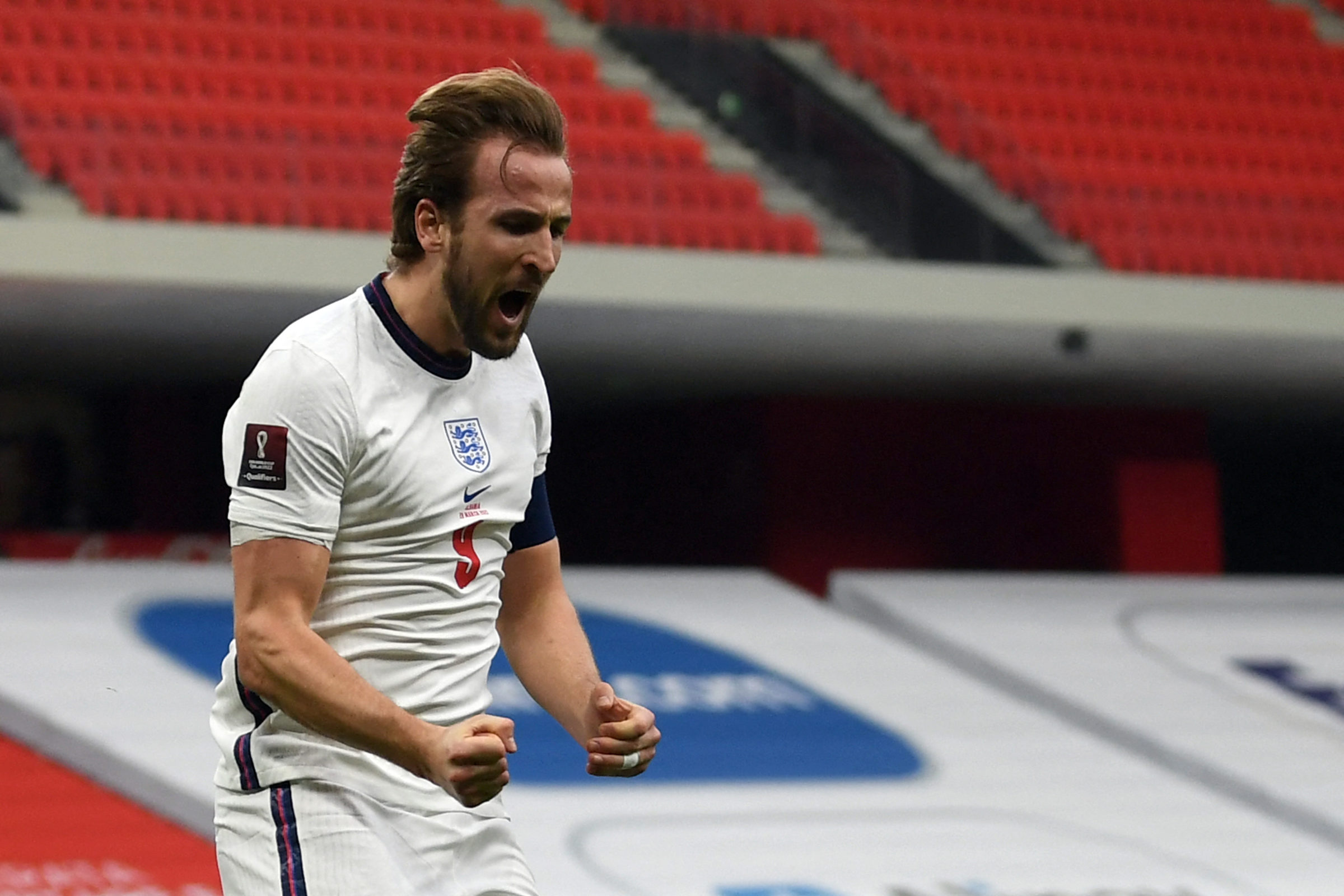 
Harry Kane ended his six-game England goal drought as he inspired a 2-0 win in Albania in Sunday’s World Cup qualifier.

Gareth Southgate’s side struggled to break down the well-organised underdogs until the Tottenham striker netted late in the first half at the Air Albania Stadium in Tirana.

It was the England captain’s first international goal since he scored against Kosovo 500 days ago in November 2019.

Back in the starting line-up after being rested for Thursday’s 5-0 demolition of San Marino, Kane now has 33 goals in 52 England appearances.

Kane also set up Mason Mount’s second half goal as England made it two successive Group I victories on the road to the 2022 World Cup in Qatar.

England finish their qualifying triple-header with a clash against Poland at Wembley on Wednesday that has to be billed as a shoot-out between Kane and Bayern Munich forward Robert Lewandowski.

After finishing as the 2018 World Cup top scorer in England’s run to the semi-finals, Kane hopes to lead his country to glory at the delayed Euro 2020 later this year.

But on the evidence of this scrappy display against a team 62 places below them in the FIFA world rankings, England, who rely heavily on Kane’s predatory instincts, have room for improvement if they are to win a first major prize since the 1966 World Cup.

Such was the paucity of threat posed by San Marino last week that England goalkeeper Nick Pope had just five touches in the entire match.

Pope had an early fright when the hosts broke at pace from an England corner.

With the England defence out of position, Myrto Uzuni ran through on goal but blasted his shot over the crossbar.

England struggled to open up the massed Albanian defence, with their frustration increased by the long grass that muted their passing style.

It didn’t help that Southgate used two holding midfielders — Kalvin Phillips and Declan Rice — in a move that left him open to criticism for a cautious approach against modest opposition.

England finally produced an incisive attack to take the lead in the 38th minute.

Kane this week admitted it was “a hard question to answer” when asked if he might leave Tottenham at the end of the season.

Amid talk of a reunion with former Tottenham boss Mauricio Pochettino, now in charge at Paris Saint Germain, or a switch to Manchester City or Manchester United, Kane took the opportunity to underline why he is one of the world’s most admired strikers.

Raheem Sterling and Mount worked the ball wide to Luke Shaw on the left and the in-form Manchester United defender, making his first England appearance since 2018, picked out Kane with a fine cross.

Timing his run perfectly to elude his marker, Kane glanced a clinical header into the far corner from 10 yards.

The 27-year-old nearly scored again when he met Sterling’s cross just five yards from goal, but this time he fired against the crossbar.

Sterling’s nimble footwork set up Phil Foden for a low strike that Etrit Berisha pushed onto the woodwork early in the second half.

Kane couldn’t hit the target after another Sterling raid, but Mount killed off Albania in the 63rd minute.

Kane seized on Albania’s risky attempt to pass out from the back and played a perfect pass to Chelsea midfielder Mount, who guided a crisp finish into the far corner from 12 yards for his fourth England goal.