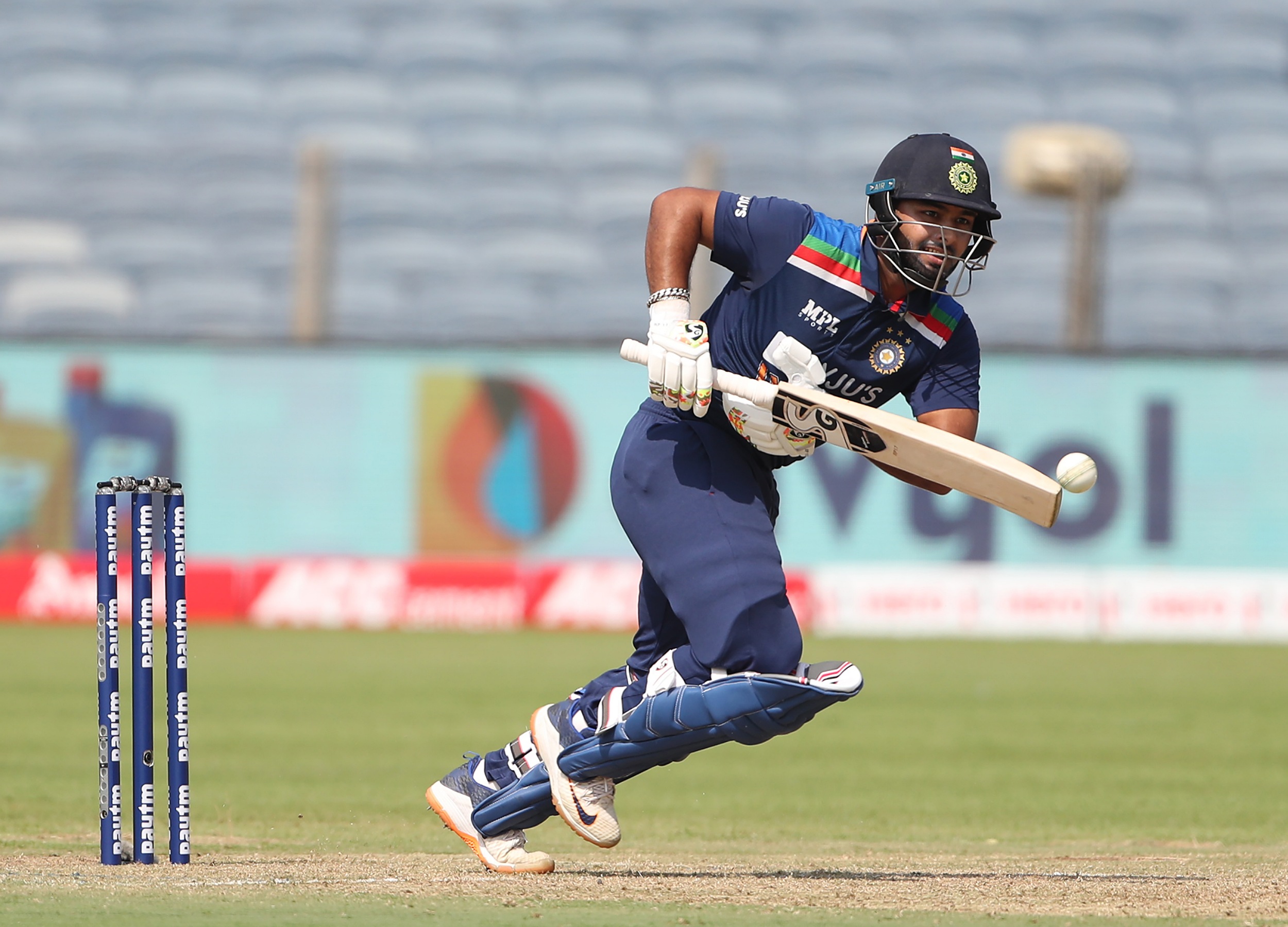 Rishabh Pant made 78 runs for India in the third ODI against England. Picture: Gallo Images

Sam Curran equalled the biggest one-day innings by a batsman coming in at eight or lower but India held on to win.

India beat England by seven runs on Sunday to clinch the one-day series 2-1 despite a courageous unbeaten 95 from Sam Curran.

England, who had already lost the Test and Twenty20 series, bowled out India for 329.

Curran then equalled the biggest one-day innings by a batsman coming in at eight or lower but India held on to win.

Indian seamers Shardul Thakur and Bhuvneshwar Kumar shared seven wickets between them as England finished on 322 for nine.

India were bowled out in 48.2 overs after Rishabh Pant (78) and Hardik Pandya (64) put on 99 for the fifth-wicket after being put into bat first.

England were in trouble at 200-7 when Curran came in and built key partnerships including a 60-run ninth-wicket stand with Mark Wood, who made 14 before being run out in the final over.

Kumar admitted that his side were “tense” going into the finale.

But needing 14 to win off the final six balls, Curran came up against a disciplined effort from T. Natarajan who gave away just one boundary.

The left-handed Curran, who was twice dropped, hit nine fours and three sixes in his 83-ball knock.

The effort was England’s second successive score of 300-plus after they chased 337 in the previous ODI to level the series.

Virat Kohli’s India outplayed England in the four Tests 3-1 and then edged out the tourists 3-2 in the Twenty20 series.