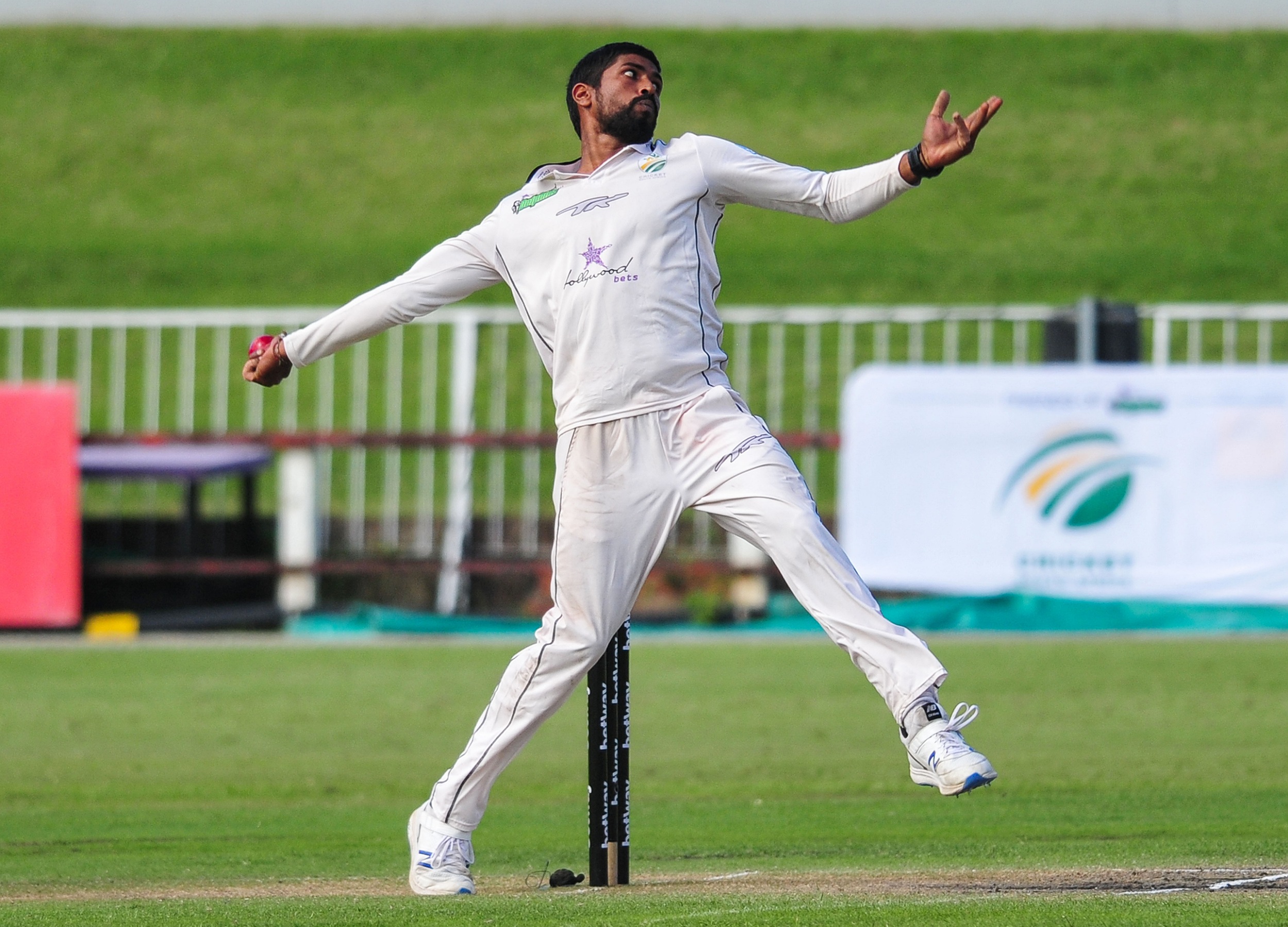 
The old story of the wife who phones the changeroom and asks to speak to her husband, only to be told he’s batting and replies “I’ll hold” could have been told about the Titans on Sunday as they crashed to their lowest ever total and then lost four wickets in their follow-on innings on the penultimate day of the 4-Day Domestic Series final against the Dolphins at Kingsmead.

Replying to the Dolphins’ first innings of 295, the Titans’ response was a diabolical procession as they were bundled out for a record low, both for them and in all matches at Kingsmead, of just 53. Those runs were scraped together in 43-and-a-half overs, which shows the utter stranglehold the outstanding Dolphins spinners had on the visitors.

Prenelan Subrayen was magnificent, the off-spinner bowling an accurate line just outside off-stump and using variations in turn and pace to claim a career-best six for 24 in 22 overs as he opened the bowling. He was superbly supported by slow left-armer Senuran Muthusamy, who took three for 12 in 14.3 stifling overs.

As well as the spin duo bowled though, they were assisted by a Titans batting line-up that showed no commitment to any sort of run-scoring plan. Their negative attitude led to them digging a hole for themselves and breathed life into a contest that was always heading for a draw after most of the first two days were lost to rain.

With a lead of 242, the Dolphins were able to enforce the follow-on and it was obvious they could, given that they had suddenly been gifted with the time to bowl the Titans out a second time, win the match and claim the title for themselves rather than sharing it with the visitors.

The approach of the Titans batsmen was much more positive in the second innings, and although Dean Elgar (11) fell to the vagaries of the pitch, bowled by a Subrayen delivery that shot under the bat, Yaseen Valli and Theunis de Bruyn loosened the hold of the Dolphins’ bowlers with a stand of 56.

But the brilliance of Mangaliso Mosehle behind the stumps, and two excellent deliveries in successive overs from Muthusamy and Subrayen, removed both set batsmen.

De Bruyn (38) was beaten in the flight by a Muthusamy delivery that turned past the bat, Mosehle pulling off a lightning-quick stumping that caught the Proteas batsmen millimetres out of his ground, and Valli (37) was then yorked by a quicker ball from Subrayen, Mosehle having the bails off in a flash despite having to gather the ball out of the roughness of the crease.

The Titans closed on 92 for four, still 150 behind, the staunchest of rearguard actions being required on Monday’s final day to save the game.