Baboon on the loose in Joburg suburbs – The Citizen 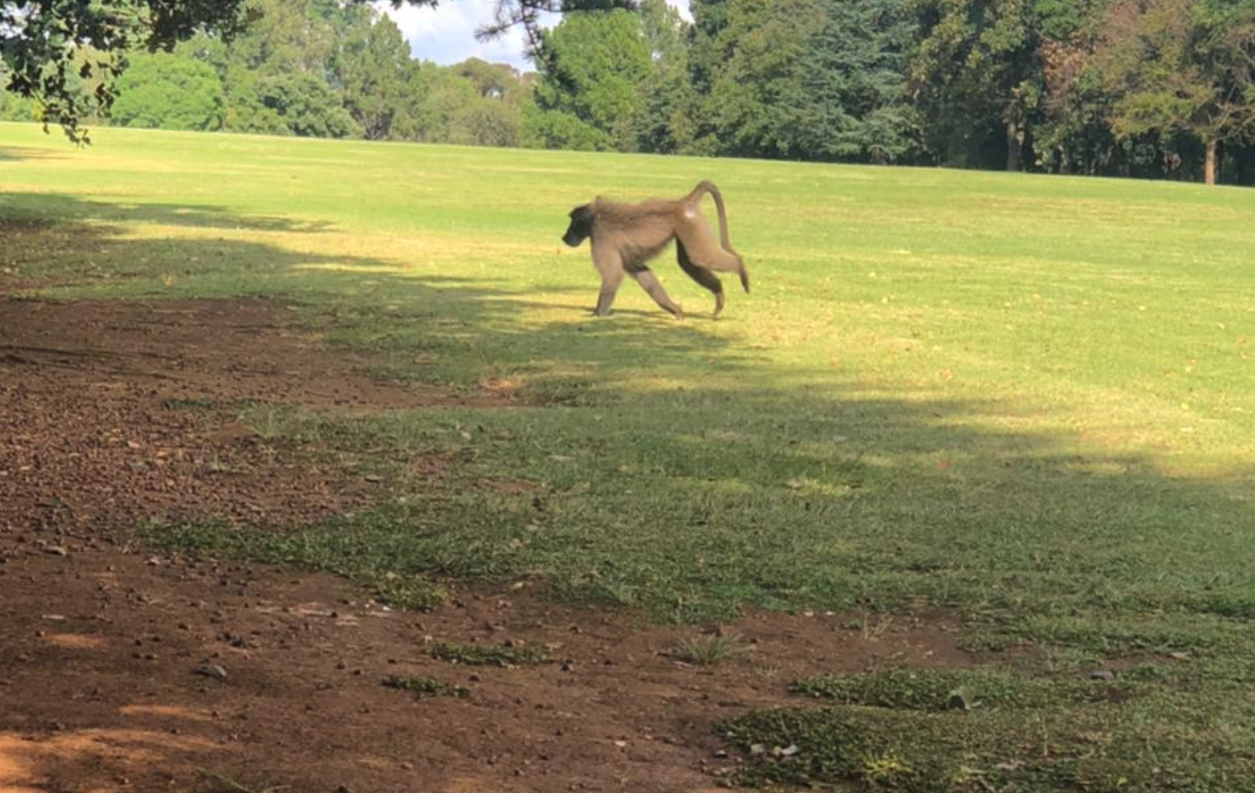 
Multiple reports and sightings have flooded local community Facebook pages over the weekend after a baboon was spotted in Northcliff and Emmarentia on Saturday and Sunday.

From the sightings, it seems as if the baboon was first spotted moving from the Quellerina area in Roodepoort towards Roosevelt Park in Randburg.

Jackie Jacobs wrote on Facebook on Sunday morning: “Good morning, I read somewhere that there is a big baboon on the loose, it was just here in Emmarentia on my outroom roof, wow he is so big.”

From there, spotters followed his movements into the Johannesburg Botanical Gardens in Emmarentia, and then into Parktown.

Claw’s Cora Baily said in a Facebook post that sighting of baboons and vervet monkeys “in suburbia has becoming increasingly common over the past few years.

“They are mostly dispersing males in search of another troop to join. Nature dictates that males leave the troop they were born in, in order to prevent inbreeding.

“It is not easy to trap and relocate these animals, but we have been successful in many cases. We rely on residents to give us sightings, including time and location pin.

“We hope to keep him safe and to reassure residents that he will do all he can to avoid confrontation with people and pets.”

In 2019, Bruce the baboon that made headlines for roaming the streets of Northcliff, Constantia Kloof and Krugersdorp.

Following weeks of careful planning, hard work and a pinch of luck, Claw captured the solitary male baboon at the Rock Valley Christian Camp in Krugersdorp. He was relocated to a primate rehabilitation facility in Limpopo thereafter.