‘Scores’ including children killed by Myanmar military – The Citizen 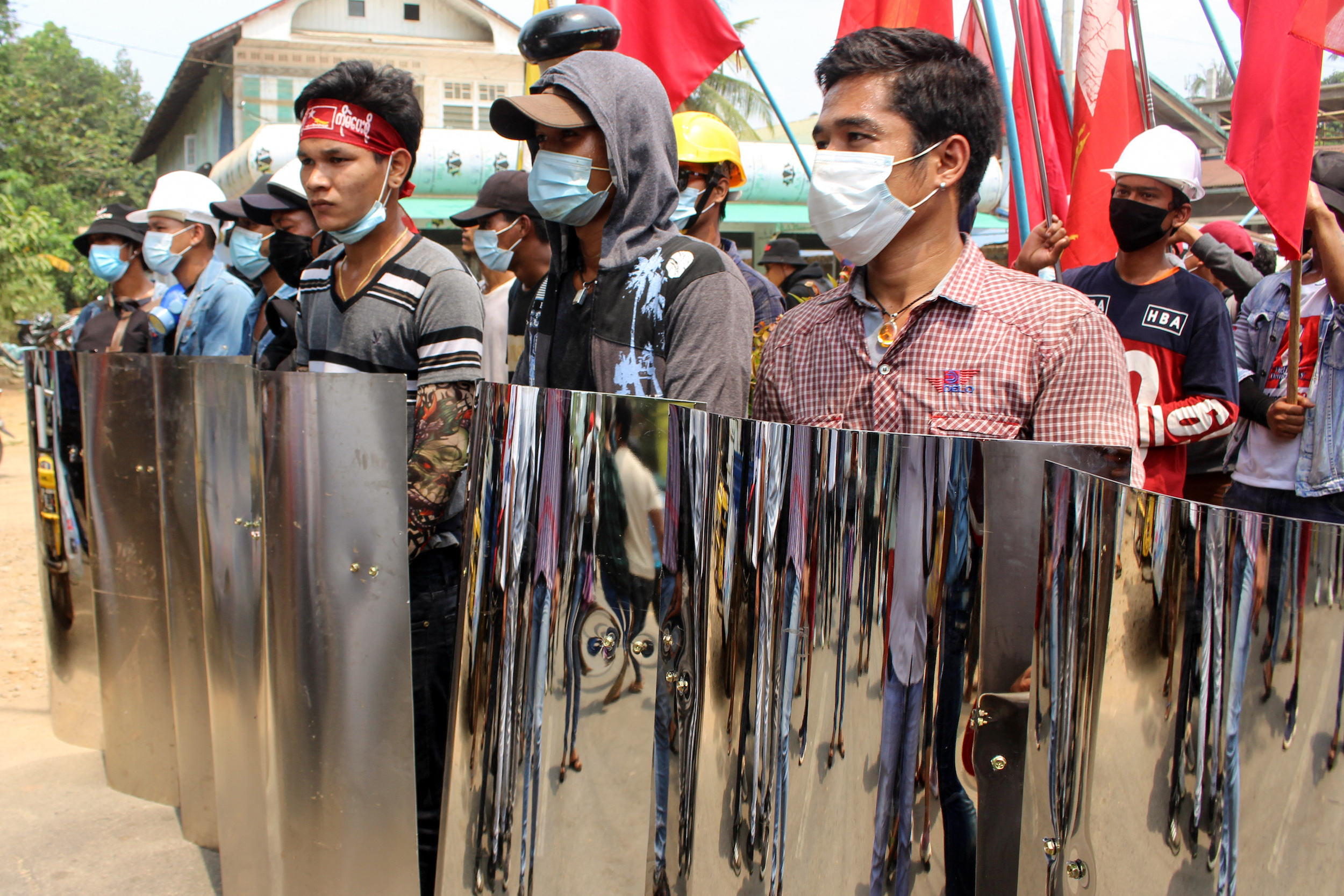 
The United Nations said Saturday it had received reports of “scores killed” including children in Myanmar in “shocking violence” by the country’s military against protesters.

The army has cracked down on an uprising demanding a return to democracy since generals ousted and detained civilian leader Aung San Suu Kyi in February.

“This violence is compounding the illegitimacy of the coup & the culpability of its leaders,” it added.

Spokeswoman Ravina Shamdasani told AFP the UN body had not yet been able to independently confirm the reports, but added that multiple reports from at least 40 sites said that police and soldiers were responding to peaceful protests with deadly force.

She said the toll had risen to between 83 and 91 people killed along with hundreds of wounded. This screengrab from a UGC video provided to AFPTV from an anonymous source and taken on March 27, 2021 shows protesters watching as smoke rises from a burning makeshift barricade during a demonstration against the military coup in Yangon’s Thaketa township. (Photo by Handout / various sources / AFP)

Four reports said that children were among the victims, including at least one infant, the spokeswoman added.

The ruling junta in Myanmar staged Saturday a major show of might for its annual Armed Forces Day that included a huge military parade.

Violence then erupted all over the central Mandalay region as security forces opened fire on pro-democracy protesters.

UN officials and Western governments denounced the violence, with the US embassy in Myanmar blasting the junta led by General Min Aung Hlaing for “murdering unarmed civilians”.