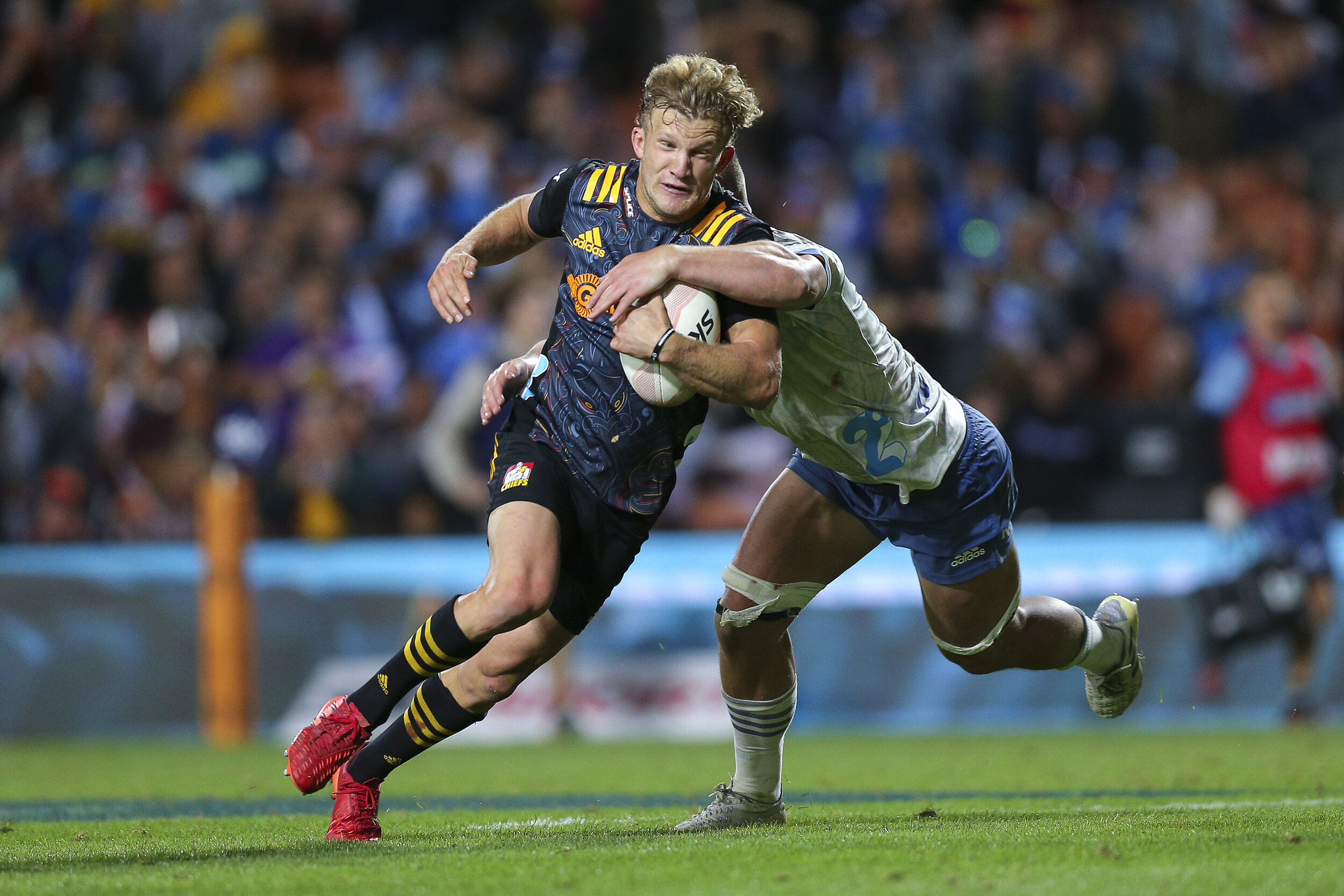 
Damian McKenzie ensured the Waikato Chiefs revival continued Saturday with a try inside the final minute to snatch a 15-12 victory over the Auckland Blues in a Super Rugby Aotearoa cliffhanger in Hamilton.

It gave the Chiefs back-to-back wins and lifted them off the bottom of the ladder after their win over the Wellington Hurricanes last week ended a record-equalling run of 11 losses.

It was the Blues second consecutive defeat and reaffirmed the Canterbury Crusaders as runaway leaders in the competition.

At the end of the first round the Crusaders, with a bye this weekend, have 18 points, leading the Blues on 10, the Chiefs on eight while the Wellington Hurricanes and Otago Highlanders have five apiece.

Although there was a willingness by both sides to be adventurous, and they produced a nail-biting finish, the spectacle was marred by repeated inaccuracies.

The Blues did not help themselves by five times turning down kickable penalties in favour of a scrum or lineout and each time they turned the ball over.

Although the Chiefs trailed for much of the game, captain Brad Weber said they were always confident.

“There was never, ever a time where we thought we couldn’t take that and man there was a hell of a lot of fight there,” he said.

A dejected Blues captain Patrick Tuipulotu conceded his side gave the game away.

“We like to back our lineout, maul and scrum. Unfortunately at times it didn’t really work out for us and that’s where the lesson is. We have to make sure we learn to adapt on the run,” he said.

The only try in the half came from a succession of errors starting with the Blues opting for a scrum over a shot at goal.

They blew that when a between-the-legs pass by Harry Plummer missed an unmarked Caleb Clarke and went into touch.

The Chiefs then fluffed their lineout call and the ball went straight to the Blues with Akira Ioane driving over from close range for the try.

The Chiefs had to wait until early in the second half for their first points from a Damian McKenzie penalty.

It took until near the three-quarter mark before they were to hit the front when hooker Samisoni Taukei’aho came up with the ball from a line out drive.

The lead lasted only a few minutes before Blues replacement lock Tom Robinson cantered 25 metres to score in the corner.

In a tense finish, the Chiefs relentlessly battered away at the Blues line for more than five minutes without success.

But when the Blues broke out, Luke Jacobson led a Chiefs counter-attack which resulted in McKenzie’s try.