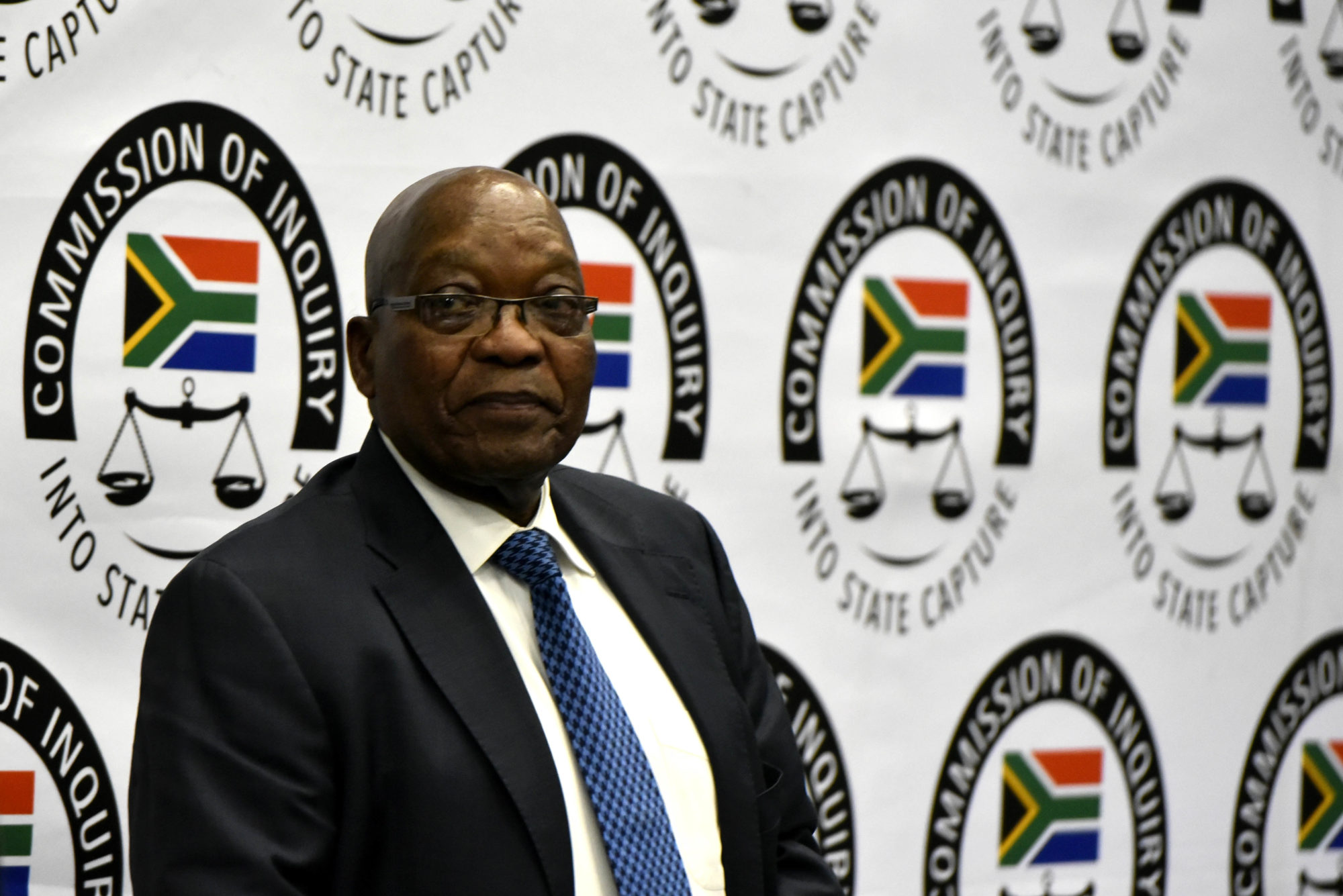 
Former president Jacob Zuma says he will serve the term of imprisonment “imposed by the Constitutional Court [ConCourt]”, after the Commission of Inquiry into Allegations of State Capture made submissions to the apex court on Thursday, asking for him to be jailed for contempt.

“They can put my physical body behind prison doors. However, my spirit is free to speak against the injustice of the imprisonment,” he said in a lengthy statement released by his daughter Dudu Zuma-Sambudla on Thursday evening.

This is not the first time he has entertained the possibility of going to prison over his defiance of the commission.

Zuma noted in the statement that the ConCourt had heard arguments on behalf of the commission, “in which all sorts of untruthful and selective averments” were made against him. He also sought to explain why he did not participate in the proceedings.

ALSO READ: Should Zuma go to prison or get another chance to face Zondo?

“Ordinarily and if I had faith that a South African court would consider my submissions, I would present them to the Constitutional Court.

“However, my experience is that many South African judges, including those of the Constitutional Court, can no longer bring an open mind to cases involving me as they have done in awarding legal costs against me  in a case  I had not  participated in,” Zuma said.

On Thursday, advocate Tembeka Ngcukaitobi, for the commission, argued that Zuma should be imprisoned for failing to appear before the inquiry to give evidence, after having been implicated by over 40 witnesses in allegations of state capture.

“We are dealing with a cynical manoeuvre to avoid accountability. Mr Zuma has engineered a situation – in our submission quite deliberately – to escape accountability,” said Ngcukaitobi.

The ConCourt reserved its judgment.

Zuma labelled the commission’s arguments for his imprisonment as a “plea” for his “severe punishment for revenge’s sake”.

In the statement, Zuma again reiterated that his gripe was not with the commission itself, but rather with its chairperson, Deputy Chief Justice Raymond Zondo.

Last year, Zuma’s application for Zondo to recuse himself from hearing evidence from him and family was rejected.

Zuma said in his statement that the commission’s approach to the ConCourt was nothing “but a scheme to ignore  and sidestep the serious issues  raised in my review application”.

“Therein, I raise the issues on the basis  of which I seek  the recusal of Deputy Chief Justice Zondo. In that review I also  demonstrate that the deputy chief justice had been untruthful in his statement regarding whether or not he had met with me while I was head of state,” Zuma said.

“Further, my review deals  with the fact that deputy chief justice Zondo had become a judge in his own matter.”

Zuma also said that the commission had joined a “political campaign” to destroy him, adding that “this was always the commission’s mandate”.

It was Zuma who constituted the commission back in 2018, after remedial action recommended by former public protector Thuli Madonsela and a Pretoria High Court ruling order him to do so.

“I would like to emphasise that I have faith in all the judges and their ability to execute their tasks with the requisite levels of fairness, impartiality and independence.

“I requested the Chief Justice to provide me with the name of the judge to head the Commission. He has selected Deputy Chief Justice Raymond Mnyamezeli Mlungisi Zondo to undertake this task.

“I urge everyone to cooperate with the commission of inquiry. I trust that we will all respect the process and place no impediments to prevent the Commission from doing its work,” Zuma said in 2018.

See the full statement below.