How much is the Suez Canal mishap going to cost? – The Citizen 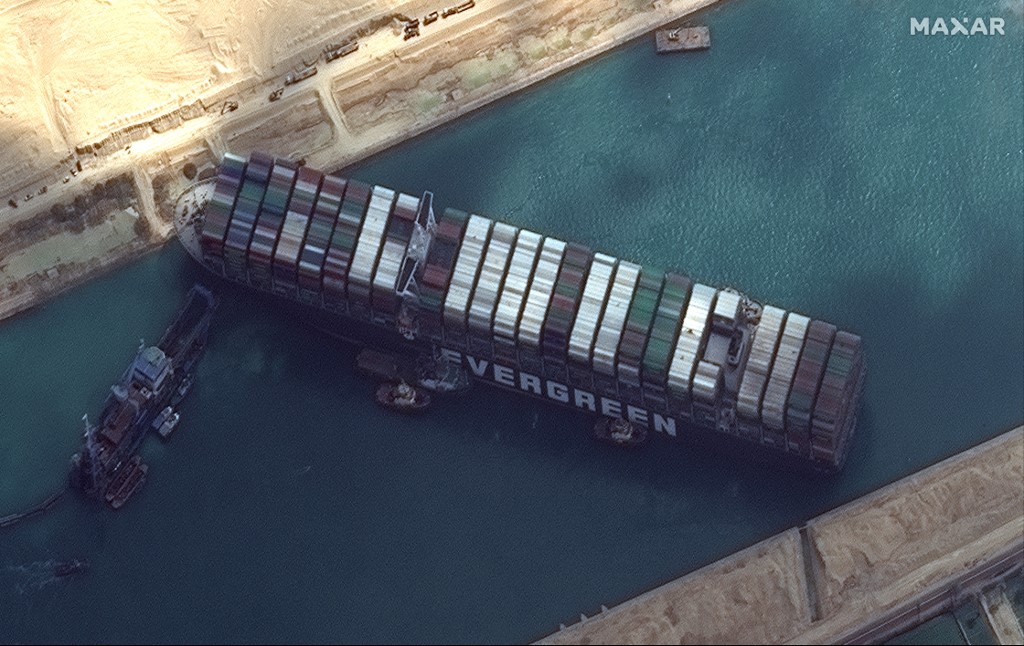 
Paris – The total cost of the Suez Canal accident is clearly hard to calculate, and analysts say much will depend on how long it takes to sort out.

The Taiwan-owned, Panama-flagged MV Ever Given, a 400-metre (1,300-foot) long and 59-metre wide container ship, has been lodged sideways across the waterway since Tuesday.

At present, more than 200 ships are stuck, with several billion dollars worth of goods on board.

‘Could not have come at a worse time’

The coronavirus pandemic has already brought unprecedented pressure to bear on global supply chains, so the grounding of a giant container ship “could not have come at a worse time for one of the world’s busiest manmade waterways”, noted Jonathan Owens, a logistics specialist at the University of Salford Business School.

ALSO READ: What we know about the megaship blocking Suez Canal

The total value of goods that are now blocked or will have to be shipped along an alternative route varies according to how it is estimated.

Owens says the equivalent of $3.0 billion worth of merchandise normally passes through the canal each day.

Lloyd’s List, a British maritime shipping publication, says daily traffic in both directions is worth around $9.6 billion.

Given the large number of companies affected directly and indirectly, it is impossible at this point to quantify the value of merchandise being held up, according to Moody’s analyst Daniel Harlid.

And just because something is delayed does not mean it has been lost, notes Jai Sharma, a maritime transport lawyer at Clyde and Co.

The final impact on companies, and  possible chain reactions still to come, cannot be calculated now and will depend in part on the level of stocks in hand, he says.

Plan B for crude

And while the blockage has been cited as a factor in higher oil prices, that sector could in fact be affected less than others, because only around 1.74 million barrels of crude pass each day through the canal.

Eighty percent of Middle Eastern oil headed for Europe, which not a lot to begin with, is pumped through the Sumed pipeline from the Red Sea to the Mediterranean near Alexandria, says Paola Rodriguez Masiu at Rystad Energy.

The pipeline currently has capacity to spare, she notes.

Transporters can now either wait for the 200,000-tonne ship to float free, which could take days or weeks, or sail around the southern tip of Africa.

That is likely to cost several hundred thousand dollars in extra fuel, raising shipping costs by 15-20 percent according to Plamen Matzkoff, an analyst at VesselsValue.

Lawyer’s are lining up

In addition, up to 90 percent of shipments are not insured against delays, Lloyd’s List points out.

It quoted sector specialists as saying that lawyers would likely be kept busy arguing who should pay the bill.

As for easing the ship from its new berth, the cost could run to several million dollars, Sharma estimates, especially if containers have to be unloaded from it first.

But transporters’ insurance policies are often underwritten by several companies, Moody’s analyst Soichiro Makimoto says, so that tab at least is likely to be shared by insurers and re-insurers.