Tau strikes again as Bafana draw with Ghana – The Citizen 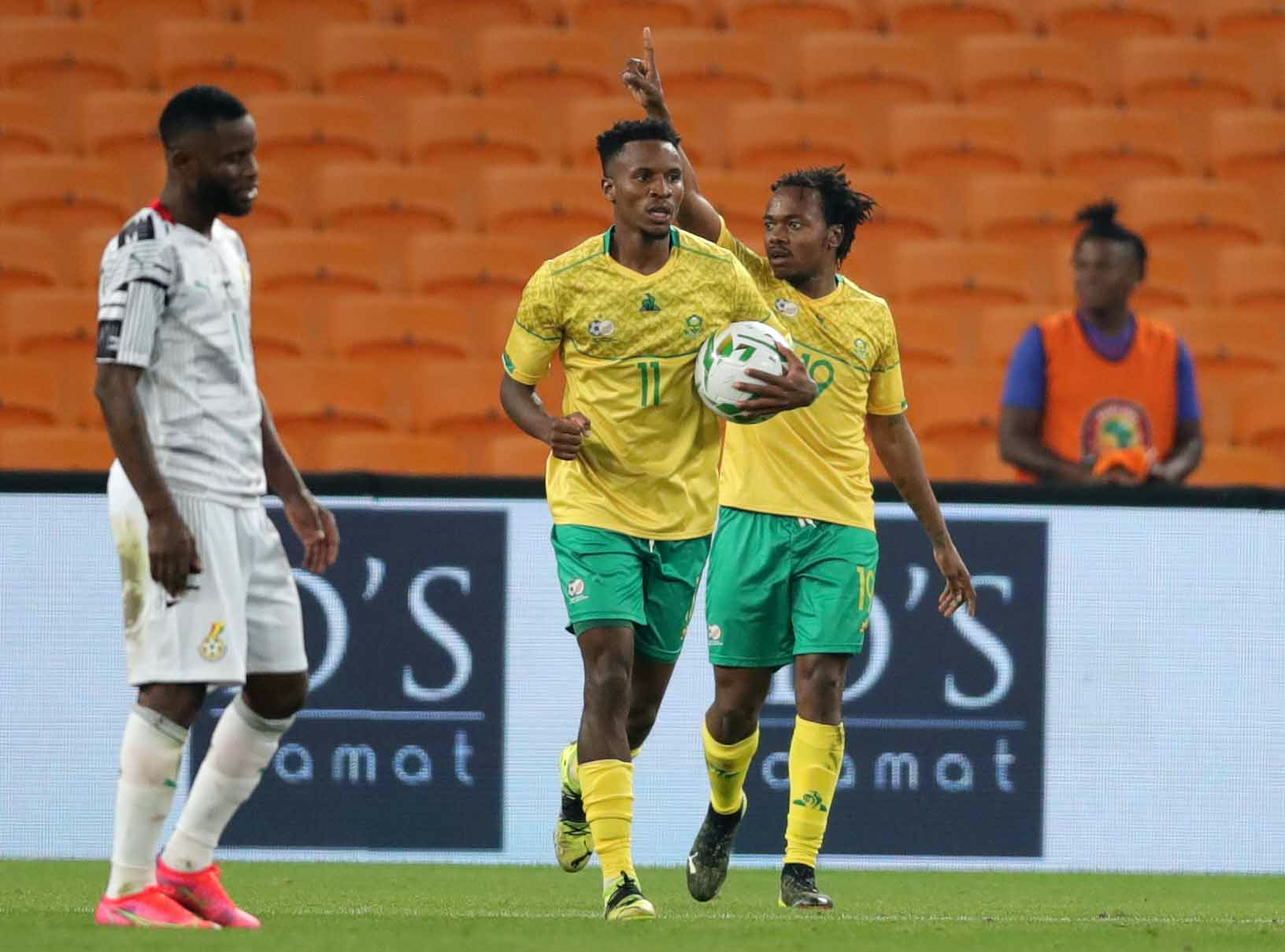 
Bafana Bafana will need to avoid defeat in Sudan on Sunday to qualify for the Africa Cup of Nations, after a 1-1 Group C draw with Ghana at an empty FNB Stadium on Thursday.

South Africa were always going to make the finals with a draw in Sudan, regardless of the result of Thursday’s match, but this behind-closed-doors point against the Black Stars means that if Molefi Ntseki’s men lose in Omdurman, they are definitely out of next year’s finals in Cameroon.

Percy Tau came to Bafana Bafana’s rescue yet again here, after Ghana  had looked like they might just snatch an undeserved three points, as Ajax Amsterdam youngster Mohamed Kudus struck early in the second half. But Tau almost immediately snuffed out that lead, ensuring South Africa at least stopped a run of four consecutive losses to Ghana in competitive matches.

The main surprise in Molefi Ntseki’s Bafana line-up was that he gave Moroka Swallows attacker Ruzaigh Gamildien his competitive debut from the start, alongside the more familiar faces of Themba Zwane and Percy Tau in a front three.

It was Tau who, as usual, was Bafana’s main creative threat, dropping into the pocket of space between midfield and attack to probe the Ghanaian defence. One slide-rule pass in the 10th minute found Zwane, who slid a fine pass to Thapelo Morena in acres of space. Morena, however, could only lash his shot into the side-netting.

Ghana appeared disinterested in taking the game to Bafana, best illustrated in the first half when Kudus slammed a completely aimless pass from just inside the Bafana half the length of the rest of the pitch and out of play.

Bafana were only better in patches, but did create some opportunities, Morena and Sifiso Hlanti finding  joy down the flanks, with the Black Stars defence drawn more to the centre of the pitch. One Hlanti cross was headed just over by Tau, before the Moroka Swallows left back fired in a rocket that was tipped over brilliantly by Razak Abalora.

Some silky feet from Tau then released Morena down the right again, but the Sundowns man again hit the side netting, in a half in which he hardly enhanced his international credentials.

Tau limped from the field at the end of the first half, with Bafana having already lost midfielder Andile Jali in the 29th minute to a groin injury. The Brighton attacker did come back out for the second stanza, but South Africa were soon hit with a Black Stars sucker-punch.

Kudus waltzed past Siyanda Xulu with ease in the 49th minute, and finished brilliantly past Ronwen Williams. Ghana’s lead only last three minutes, however, Gamildien did well to find Tau, and while he still appeared to be hobbling, he fired a low shot past Abalora, for his 13th senior international goal.

Ntseki threw on in-form Portugal-based attacker Luther Singh for Gamildien as Bafana looked for a winner, and he fizzed one low shot wide, before Innocent Maela came forward and tried his luck, Abalora pulling off a good save, and Zwane unable to convdert the reboud.