Over $10B investment of UAE to Indonesia, all set to strengthen strategic sectors : MiddleEastNews 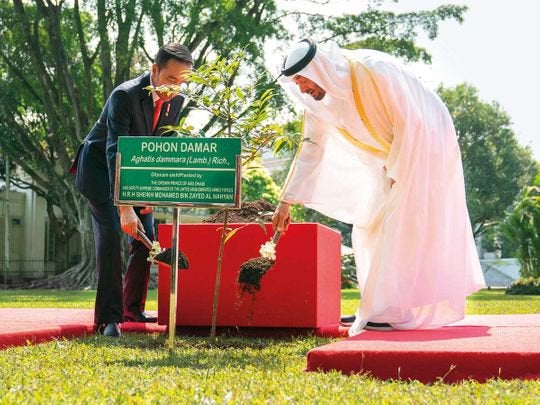 
The UAE has announced that it will invest US$10 billion with Indonesia’s sovereign wealth fund, Indonesia Investment Authority, in accordance with the orders of His Highness Sheikh Mohamed bin Zayed Al Nahyan, Crown Prince of Abu Dhabi and Deputy Supreme Commander of the UAE Armed Forces.

Investments will focus on strategic sectors in Indonesia, including infrastructure, roads, ports, tourism, agriculture, and other promising sectors that have potential for growth and can contribute to growth as well as economic and social progress.

The members of the Indonesia Investment Authority’s Board of Supervisors and Board of Directors, which was created under the Omnibus Job Creation Law passed in October 2020, were announced by Indonesian President Joko Widodo last month.