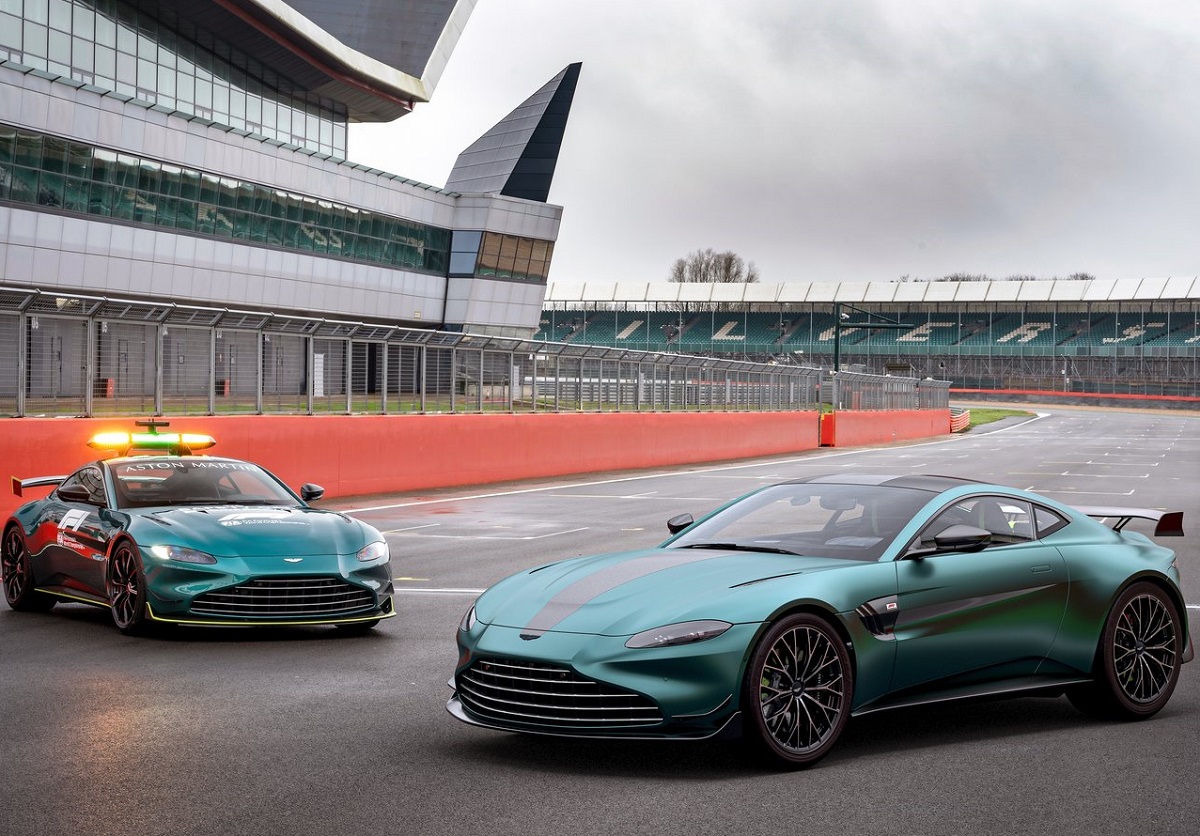 
With safety car duties for this year’s Formula 1 season being shared for the first time between Mercedes-AMG and Aston Martin, Gaydon has celebrated its return to the sport after almost 60 years with the debut of the road-going Vantage derived from the FIA safety car.

A limited edition version offered as either a coupe or roadster, the simply titled Vantage F1 Edition does without the usual safety car attire such as emergency lights and FIA mandated accessories, but comes with more power than the standard model. Vantage F1 Edition at the apex of Silverstone’s Club corner.

The most prominent visual addition though is the rear wing which works together with the front splitter, underneath and side aero vanes, as well as the unchanged rear diffuser to create a claimed 200 kg of downforce at top speed. As mentioned, the main drawcard is a more powerful version of the AMG derived 4.0-litre twin-turbo V8, uprated to produce 393 kW as opposed to 375 kW. Torque is unchanged at 685 Nm with the same applying to the eight-speed Touchtronic gearbox. Surprisingly, no performance figures were revealed.

Going on sale from May with offset set to be limited in spite of no amount being announced, the Vantage F1 Edition carries a sticker price of £142 000 (R2.9-million) and is unlikely to be offered outside Europe.