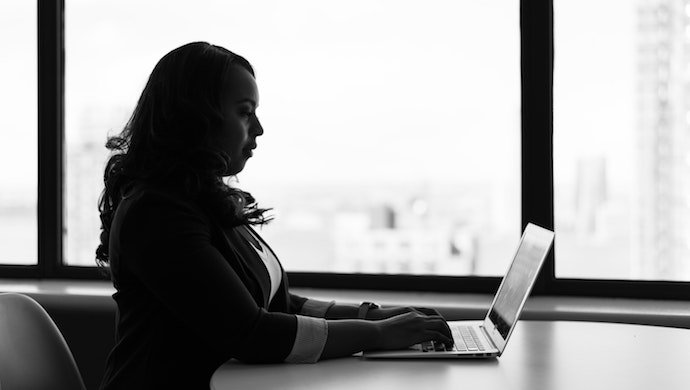 As an organisation that invests in transformational technologies, we at Vertex Ventures Southeast Asia & India (VVSEAI) are no strangers to challenges and change. That’s why this year’s International Women’s Day theme, #ChooseToChallenge, resonates deeply with our philosophy.

There is no question that gender disparity is a real issue: the trailing numbers in wage amounts and leadership representation compared to men are clear for all to see.  We recognise now that women are just as capable as men, especially in the workforce, and broadly agree that maintaining gender diversity is not just a sensible thing to do but it also makes a lot of business sense.

Accepting and adapting to differences

Very often, businesses see securing the best talent as one of their key priorities and may even relate it to their profitability.  On paper, men are the more reliable hires because they don’t need months of maternity leave.

This means less disruption to business operations, which can be appealing to companies with limited manpower such as small and medium enterprises (SMEs).  However, this ignores the individual value of female workers, as well as the ability of companies to adapt workflow processes to their needs.

I believe that with the right support, women can be strong leaders without neglecting their other roles as wives and mothers.  Businesses that genuinely value their female employees will consider arrangements that help them balance working and caring for their families.

Remote working is one such example; now that companies are more familiar with it due to COVID-19, working mothers have a new option for more flexible work.

Meaningful change vs jumping on the bandwagon

It’s true that there are more women in leadership than before, but many still tend to hold ‘supporting’ roles such as in human resources, communications, and marketing instead of ‘frontline’ roles, such as being CEOs or being on the Board of Directors. In fact, the Singapore Board Diversity Index showed that 45 per cent of listed companies in Singapore lack female representation on the Board of Directors.

Women are not asking for special treatment. We just want to compete on an even footing with our male peers. I was fortunate that the leaders in VVSEAI were progressive enough to consider having women partners before it became fashionable to do so, but my experience shouldn’t be an exception.

Gender equality is not altruism. It isn’t unreasonable to want the removal of barriers such as gender-based discrimination and prejudice or to want to be judged on merit instead of gender, being paid what the role is worth, and having zero tolerance for sexual harassment.

Having quotas for female leaders and staff is a good PR initiative to emphasise a company’s commitment to gender inclusivity, but it’s still just paying lip service if they are filled based purely on gender and are limited to certain types of roles or levels. While all companies should strive to support gender diversity at the workplace, only an authentic approach will inspire true change.

That is why at VVSEAI, our ambition as a company is to have a workplace where there are equal opportunities to succeed in every function and at every level. I believe the shift is starting but it will take time for a multi-generation bias to change.

Rejecting stereotypes in favour of merit

Women have been called the ‘weaker sex’ for generations – not just physically, but mentally as well. This is especially a disadvantage at the workplace, where the archetype of the ideal leader continues to be predominantly masculine.

Leadership qualities such as being direct, firm and no-nonsense are celebrated in men but are seen as being undesirable in women – even among other women. Yet these are just stereotypes created by our society. They have no bearing on actual performance.

Ultimately, organisations want to hire the best talent and talent does not discriminate between gender, age, race or religion – so neither should we. Employers should focus on the abilities of an individual when making selection decision. Companies should judge all employees based on the same criteria: performance, work ethic, experience and skills.

They shouldn’t fear diversity and difference; in fact, diversity builds stronger organisations by virtue of creating a more informed and tolerant workplace, making us better people by extension.

Taking on the challenge

At VVSEAI, our DNA and duty as a venture capital firm are to challenge the status quo by backing leading startups offering innovative business models and transformational technologies. We always strive to make a difference in everything we do. We will always #ChooseToChallenge the barriers and stereotypes that hold us back from progress as individuals and as a society, and gender equality is one of the ultimate obstacles that we must overcome together.

Our priority is to nurture tomorrow’s leaders, and some of the ways we have pledged are to create a more inclusive environment by creating more visibility for women leaders and celebrating their achievements as well as to identify female entrepreneurs in the investment opportunities we see.

That said, change must always start from the top. The onus will be on the management to lead the way in shifting the gender mindset. For myself, being at Partner-level in what is still a predominantly male-heavy industry is already pushing the boundaries for more inclusiveness.

An inclusive workspace means respecting the difference of individuals to ensure people are valued and empowered, whoever they may be. As the cycle of leadership continues to turn and a new generation steps up – one more exposed to inclusiveness and equality – I hope that the shift away from this multi-generation bias will become less of a challenge and more of an eventuality.

The post How this SEA VC is rising to the challenge of gender inequality appeared first on e27.