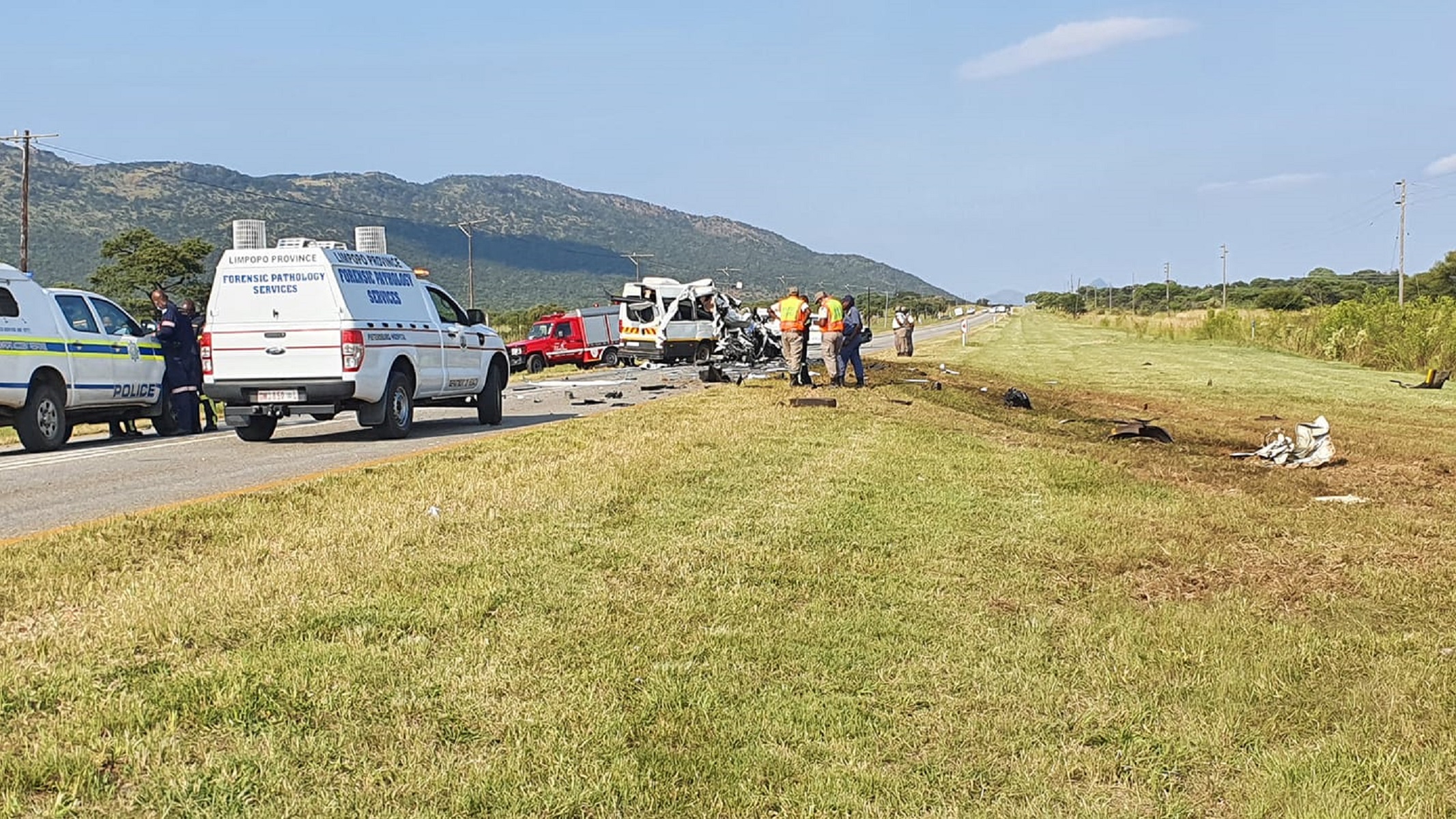 The exact circumstances surrounding the collision are not yet known.

Three people have died following a horrific accident on the R101 between Shell Ultra and the Ranch Hotel in Limpopo on Sunday.

Two people were found with fatal injuries inside the taxi, while the driver of the truck was also fatally injured in the collision.

The Limpopo department of transport and community safety has urged motorists between Mokopane and Polokwane are advised to use the N1 as the road has been closed.

The R101 between Shell Ultra and the Ranch Hotel is temporarily closed due to a fatal accident involving a truck and a 22 seater Iveco. Motorists are advised to use the N1 between Mokopane and Polokwane.@MikeMaringa pic.twitter.com/L8NZa61dZi

According to Arrive Alive, two other people sustained various injuries.

“Shortly after 7am, paramedics from ER24 along with provincial emergency services and other private services arrived on the scene. Upon assessment, they found that debris was spread across the highway with a taxi and a truck standing several metres from each other.

“A child and a woman, both still trapped inside of the taxi, were found with various injuries. The child was extricated and treated for moderate injuries. The woman was in a critical condition. Once extricated, she was placed on life support. Both were transported to Polokwane Provincial Hospital for further medical care,” said Arrive Alive.

The exact circumstances surrounding the collision are not yet known.

Local authorities that attended the scene will conduct an investigation.