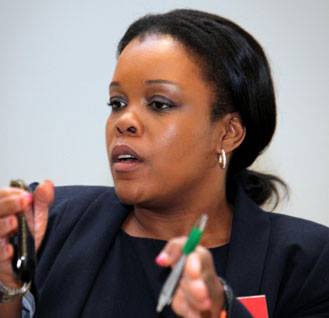 
The high court this week ordered the Estate Agency Affairs Board (EAAB) to issue 2021 fidelity fund certificates (FFCs) to a group of 833 estate agents who could not work or get paid because they were not certified.

The group of estate agents include 209 individual applicants and 624 Rebosa members. Ruling in favour of Rebosa, Gauteng High Court judge Fayeeza Kathree-Setiloane ordered the EAAB to issue a fidelity fund certificate to each of the applicants within eight days of the order.

Judge orders EAB to report back

The judge also ordered the EAAB to file a report with the court and serve a copy on the applicants that indicates:

Jan le Roux, chief executive of Rebosa, said in response to the judgment that while estate agents had problems since 2014 with their FFCs not issued on time, the process have gone backwards after the new chief executive officer (CEO), Mamodupi Mohlala-Mulaudzi, joined the entity.

“Certificates are now issued manually, which means that all payments first go to the suspense account and the funds are only allocated when estate agents query why their FFCs were not issued.”

It is a criminal offence for estate agents to work without a FFC and they cannot be paid without their certificates. They are required to have their FFCs on the first day of the year. A small number of FFCs were issued after the urgent application was lodged.

EAAB claimed that all FFCs were issued

The EAAB claimed in the January edition of a property magazine that it had issued compliant FFCs for 2021 in time by 31 December 2020 and that all industry bodies had confirmed this. According to Rebosa this was simply not true because the group of 833 had not received their FFCs by 28 January.

According to Emma Louise Powell, DA MP and shadow minister of human settlements, Mohlala-Mulaudzi assured Parliament on 24 November 2020 that: “In this financial year, we give a firm undertaking that all fidelity fund certificates that are compliant and that meet all the requirements will be issued by 31 December 2020.”

In her judgment, the judge pointed out that the EAAB did not provide any explanation in its answering affidavit for its failure to issue the FFCs. Its only answer, according to the judgment was to deny that Rebosa has standing to act on behalf of the agents, because Rebosa “is not a statutory body with powers and rights to act on behalf of its members in the absence of those members”.

She also said that the EAAB CEO, Mohlala-Mulaudzi, made no attempt to produce any evidence that some of the agents are not entitled to FFCs and did not even allege why some of them had been “deregistered” or had “incomplete” applications, as the EAAB had claimed in its papers.

If the FFCs are not issued within the deadline set by the court, the agents can set the matter down for further hearing on an urgent basis. The EAAB must also pay the applicants’ costs.

The ruling comes shortly after Minister of human Settlements Lindiwe Sisulu ordered a forensic investigation into the EAAB’s fidelity fund.

The EAAB did not respond to emails and messages to comment on the judgment.

Mohlala-Mulaudzi is no stranger to controversy.

The national Department of Communications terminated her contract as director-general in 2010 “due to an irrevocable breakdown of trust between her and the minister [Siphiwe Nyanda]”. She took the case to the Labour Court and settled with government out of court that she would move to another department.

She was then appointed as commissioner at the National Consumer Commission, but when her contract ended, it was not renewed. She went to the Labour Court to interdict the then minister of trade and industry [Rob Davies] from terminating her contract, but it was dismissed with costs.

According to media reports, EAAB staff has been complaining about Mohlala-Mulaudzi since she became CEO , but she dismissed these complaints and said it was part of a campaign to discredit her because she is trying to change the IT and finance departments.

Members of the SABC board, where she is deputy chairperson, are also unhappy with her after she reportedly slammed the proposed retrenchments at the broadcaster, saying it has already had a “serious impact on staff morale”.