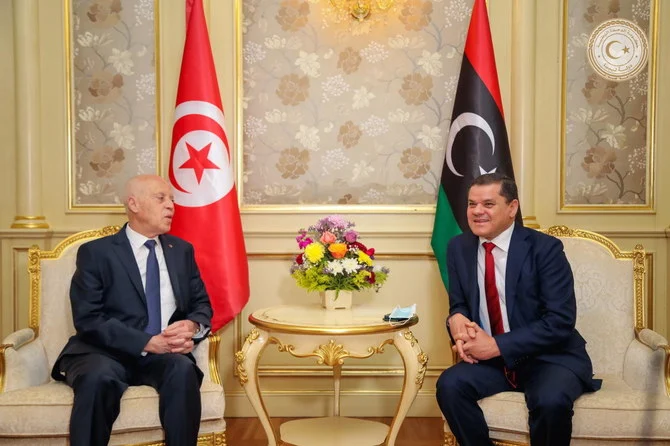 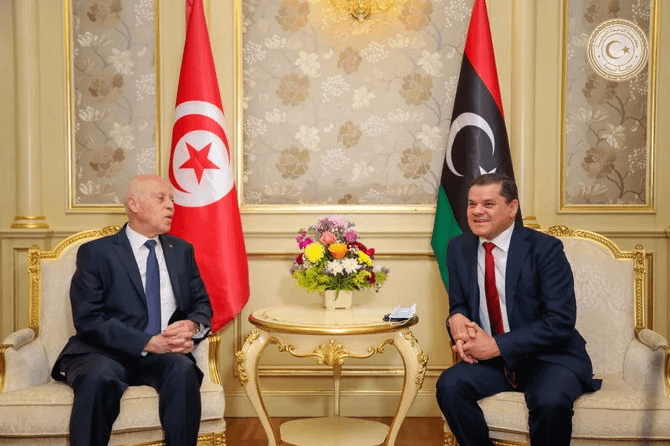 On Wednesday Tunisia’s president met with Libya’s newly appointed government officials in Tripoli, becoming the first head of state to visit the war-torn country a day after an interim administration took power.

President Kais Saied landed in the capital’s Mitiga International Airport and was received by Mohammad Younes Menfi, head of Libya’s Presidential Council. They then headed for talks, according to Menfi’s office. The Tunisian leader also met with Prime Minister Abdul Hamid Dbeibah.

Saied’s office said the talks focused on the economy and trade between the two nations, along with Tunisia’s support for a democratic path in Libya. It did not elaborate.
The visit, the first for a Tunisian leader since 2012, came a day after Libya’s interim government took power in Tripoli, officially beginning a tenure designed to end with democratic elections late this year in the oil-rich country.