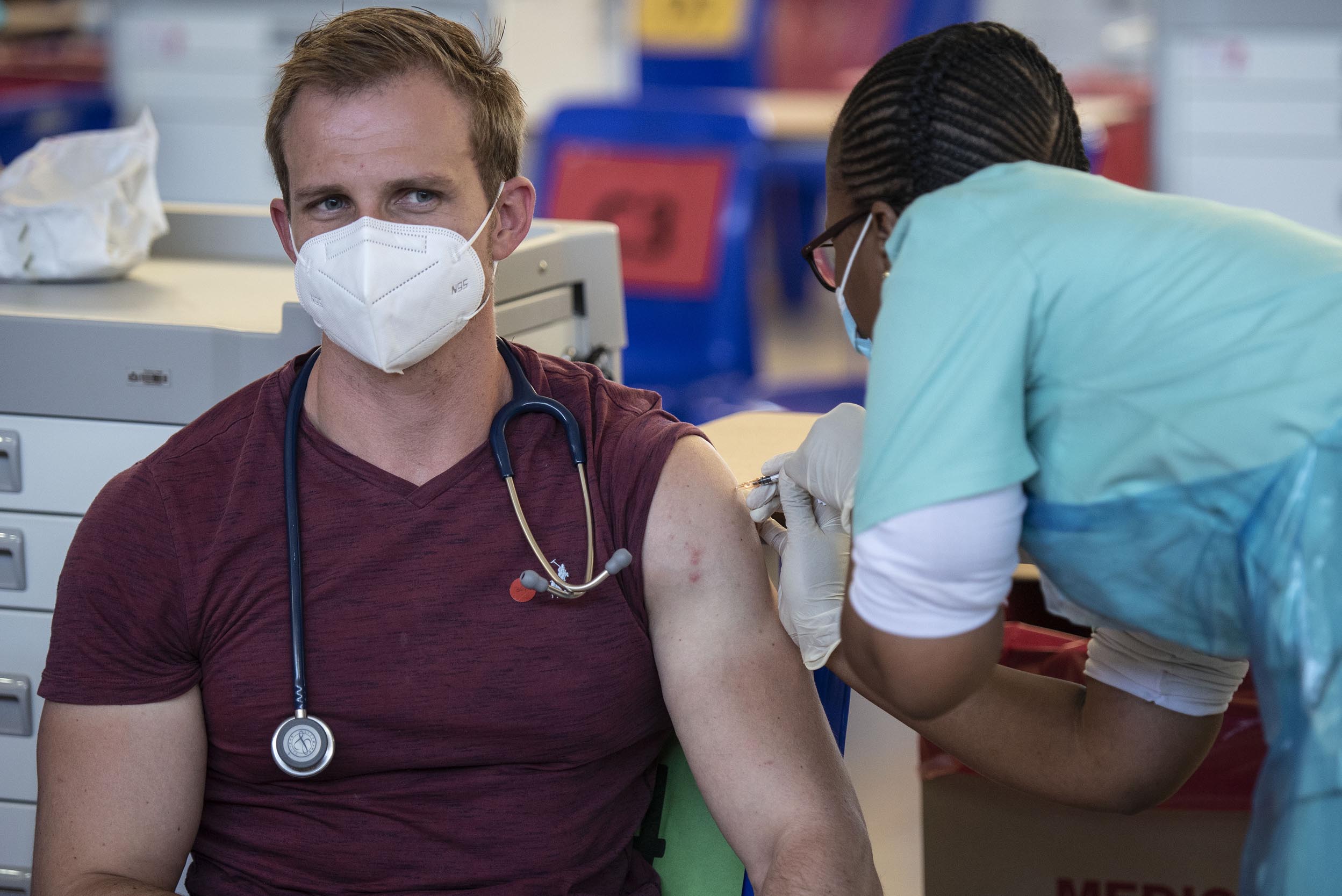 
As of Tuesday, the total number of confirmed Covid-19 cases is 1 530 966, with 933 new cases recorded since the last report, Health Minister Zweli Mkhize has announced.

The country has also recorded 139 Covid-19 deaths: 2 from Eastern Cape, 13 from Free State, 29 from Gauteng, 20 from KwaZulu-Natal, 57 from Limpopo, 6 from Mpumalanga, 3 from Northern Cape, 9 from Western Cape.

The number of healthcare workers vaccinated under the Sisonke Protocol stands at 157, 286. The EU’s medicines regulator says it is “firmly convinced” the benefits of AstraZeneca’s jab outweigh potential risks, insisting there is no evidence linking the vaccine to blood clots after more than a dozen countries halt its rollout.

The leaders of France and Italy call the comments “encouraging” and say in a joint statement that they are ready to resume AstraZeneca jabs if EMA clears the vaccine.

WHO safety experts also meet to discuss the vaccine.

The Baltic state of Lithuania joins the list of countries suspending the AstraZeneca vaccine as a precaution, with Sweden, Luxembourg and Cyprus announcing the same.

After becoming the first country outside of Europe to temporarily delay the AstraZeneca vaccine, Thailand lifts its suspension and premier Prayut Chan-O-Cha receives the first jab.

And in Canada, where leader Justin Trudeau has stood by the AstraZeneca jab, a scientific committee broadens its recommendation for the its use to include people aged 65 and over.

France has entered a “form of third wave” of the coronavirus, Prime Minister Jean Castex says, as the government weighs whether to impose a new lockdown, notably in the capital region where hospitals are close to overflowing.

French health authorities say they are investigating a new coronavirus variant found in the western Brittany region that is more difficult for tests to detect, though for now it does not appear to be more dangerous or contagious.

An international expert team that visited China to investigate the origins of Covid-19 has postponed publishing their report, which will now likely appear next week, the World Health Organization says.

Iceland is to allow entry to all visitors bearing proof of vaccination against Covid from Thursday, the health ministry says.

US manufacturer Moderna says it has started vaccine trials for children aged from six months to under 12 years old, with plans to enrol about 6,750 participants.

The number of deaths from Covid-19 across Europe passed 900,000 on Tuesday, according to an AFP tally of official figures provided by health authorities.

At least 2,661,919 million people have died of coronavirus around the world since the outbreak began in December 2019.