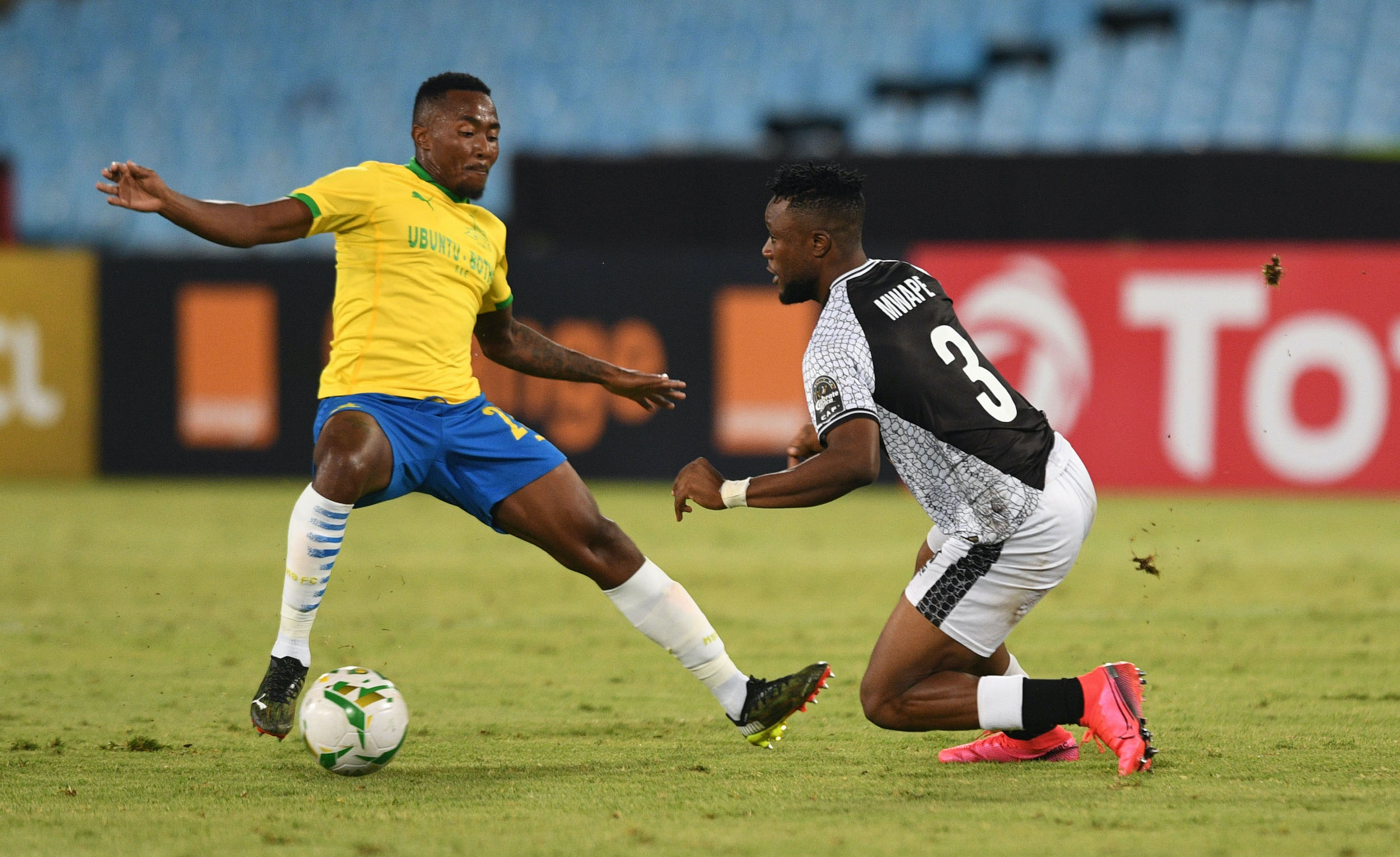 
Mamelodi Sundowns became the first side to be guaranteed a place in the quarterfinals of the Caf Champions League, with two games to spare, following another masterclass against TP Mazembe on Tuesday. night at the Loftus Versfeld in Pretoria.

Masandawana maintained their 100% record in Group B as the 1-0 win over the Democratic Republic of Congo side took them to 12 points, creating an unassailable lead at the top of the group over their opponents, as both Algerian side CR Belouizdad and Al-Hilal Omdurman of Sudan have collected three points, while the struggling Mazembe are rock-bottom with two points.

This win not only booked Downs a place in the quarters – the Chloorkop-based outfit extended their unbeaten run to 25 games in all competitions this season.

Gaston Sirino was the instigator of the attack that led to the only goal of the game midway through the first half,  finding Themba Zwane, who had the option to play the ball to Peter Shalulile, who had space in the box, but “Mshisshi” opted to pass to Lebohang Maboe and that turned out to be the best option, as the midfielder calmly slotted past Mazembe’s goalkeeper to see Downs go into the break with their noses in front.

Sundowns’ coaches rang the changes around the 70th minute, withdrawing the industrious Sirino and defensive midfielder Rivaldo Coetzee and bringing on Andile Jali together with Mauricio Affonso, who was bought by the club back in 2019 for the sole purpose to strengthen their bid in the Champions League.

The Brazilians continued to dominate proceedings, easily moving the ball from the backline to the middle of the park and front line without much pressure from the visitors, who were made to chase shadows for most of the game.

Mazembe depended largely on counter-attacks and they had one promising break in the 75th minute, where Isaac Tshibangu got to the loose ball after a poorly worked Sundowns counter, and he surged into Masandawana’s half, only to be stopped in his tracks by Rushine De Reuck.

Having secured a place in the last eight, Bafana Ba Style will now turn their focus to their DStv Premiership defence, when they host Black Leopards on Sunday.