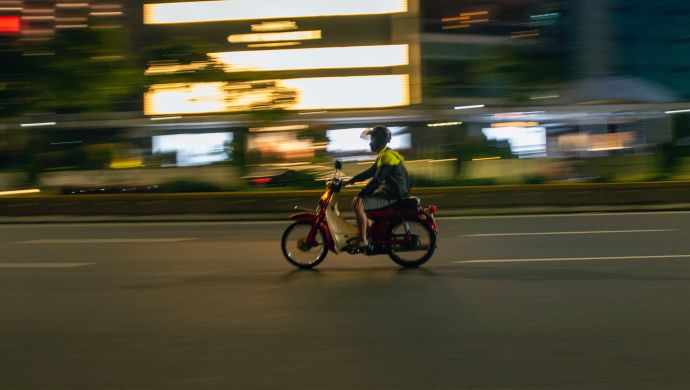 Bali and Riau Islands have climbed up the digital competitiveness index as the provinces with the most promising digital ecosystem in Indonesia for the tech industry to grow in, according to a recent report by East Ventures.

Bali has moved up to the fourth position, up to three positions from last year’s result, while Riau Islands moved up to seventh from tenth, just below Jogjakarta which has been widely known as a centre of tech talents in Indonesia.

Bali, with its capital city Denpasar, is also reported to have the second-best digital infrastructure in the country after DKI Jakarta. This assessment was concluded from the number of villages in the province that have received 3G and 4G networks.

As for Riau Islands, the proximity of its largest city Batam to Singapore have turned this province into a destination of digital investment. There were also several collaborations between Indonesia and Singapore in the form of projects such as Nongsa Digital Park.

“[The index revealed that] digital competitiveness between provinces in Indonesia tend to be dominated by provinces in the Java island followed by Sumatra and Borneo. Provinces in the Eastern part of the country tend to score the lowest,” the report details. “This pattern remains consistent in both 2020 and 2021.”

In the report, the top three positions were still dominated by DKI Jakarta, West Java, and East Java –a position that remains consistent since the report’s previous edition in 2020.

East Ventures explained that there are six factors that they considered in deciding a province’s digital competitiveness: Human resource, ICT use, ICT spending, entrepreneurship and productivity, labour, infrastructure, funding, regulations and government capacity.

Bali and Riau Islands received top scores particularly in the human resource as well as entrepreneurship and productivity factors.

In general, the report stated that the country’s digital competitiveness index increase from 27.9 in 2020 to 32 in 2021. This indicated a more even distribution of opportunities in provinces across the country, particular between top- and middle-tier provinces.

COVID-19 and the growth of the digital economy

The report also highlighted changes in the national digital economy as affected by the COVID-19 pandemic.

The statistical survey agency in Indonesia revealed in August 2020 that the national aggregate number of internet users in the country increased six per cent within just three month –from 48.4 per cent in 2019 to 54.4 per cent in 2020.

There was also an increase of users accessing the internet from home from 95 to 96 per cent, followed by a decrease from users accessing from office (32 per cent to 30 per cent) and school (15 per cent to 13 per cent). This change was certainly related to the lockdown measures implemented in some parts of the year.

Commenting on the urgent need for digital transformation in a post-pandemic era, Coordinating Minister of Economic Affairs Airlangga Hartanto stated in the report that the government will put greater focus on developing talents through various training programmes.

Another factor that is just as crucial is access and connectivity, represented by the installation of fibre optic cable across Indonesia, and the country’s effort to get corporations to set up their data centre in Indonesia.

“We already have a full geospatial data that we just have to integrate with the data centre at the development planning agency (Bappenas). In the past few years, we have been encouraging cloud data centre to move to Indonesia. We have been in talks with the Singapore government about setting up a data centre in Batam, West Java, and one more province. In the future, we will also be working on a 5G prototype,” he stated.