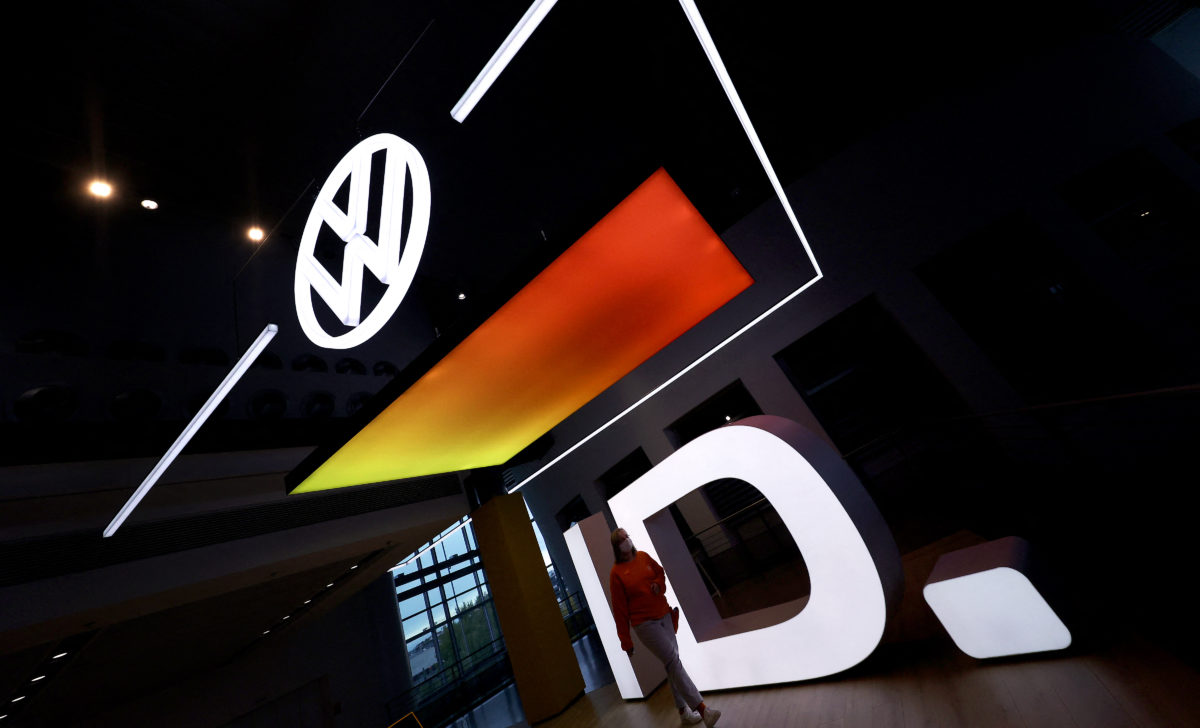 An employee passes by a Volkswagen ID. logo at the headquarters of German car maker Volkswagen in Wolfsburg on October 26, 2020. (Photo by Ronny Hartmann / AFP)

It did not give a precise figure for those employees, saying only that it would be in the lower end of a ‘four-digit number’.

Carmaker Volkswagen will shed up to 5,000 jobs between now and the end of 2023 as part of cost-cutting to finance its transition to electric vehicles, the company said in a statement Sunday.

Up to 900 employees would opt for an early retirement scheme while others would leave the company as part of a gradual halting of their activities, it said.

It did not give a precise figure for those employees, saying only that it would be in the lower end of a “four-digit number”, an expression usually used to mean between 2,000 to 4,000.