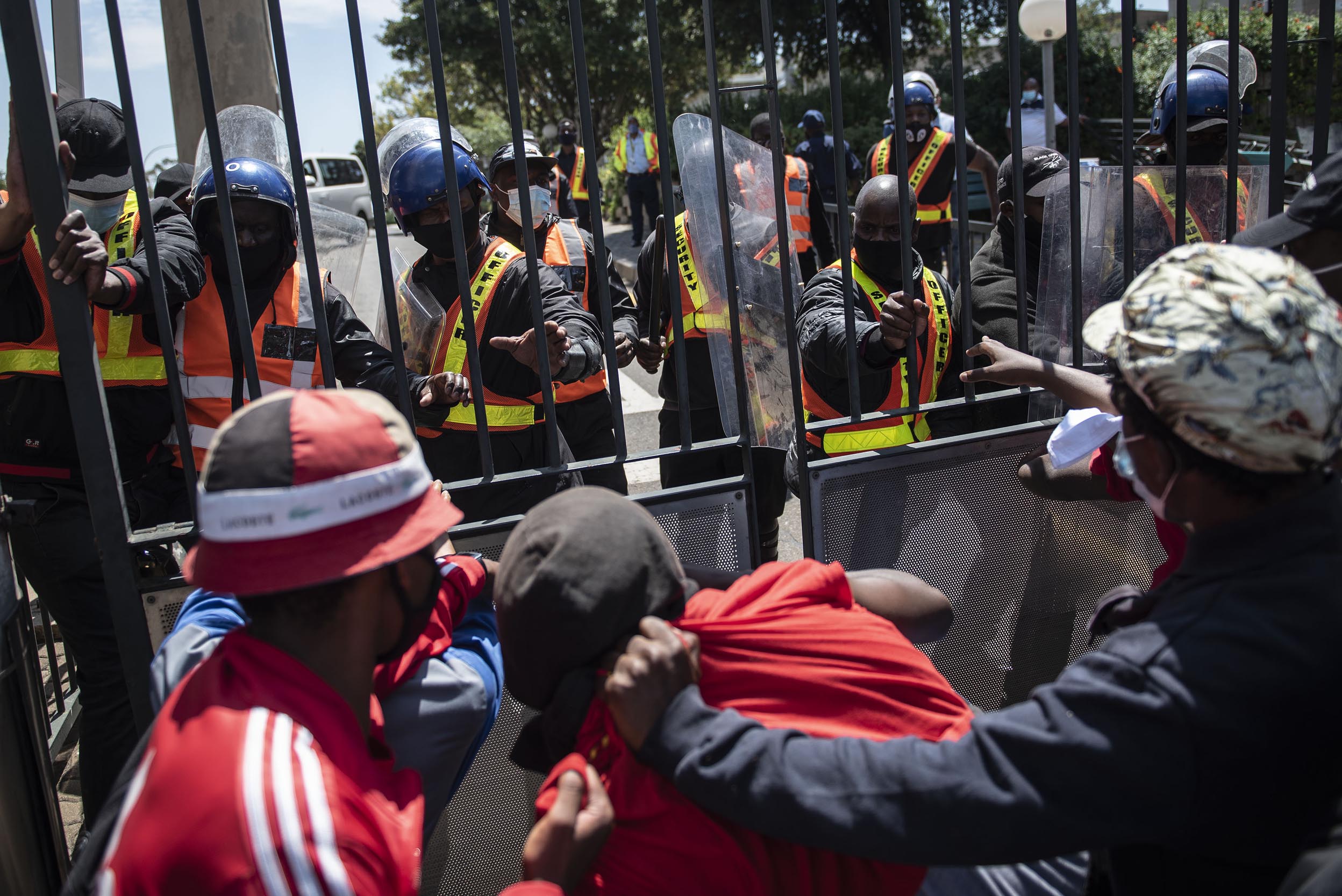 
A national shutdown across South African university campuses is looming, after a tweet posted by the South African Union of Students (SAUS) on Sunday.

The SAUS announced that a media briefing would be taking place in the Tshwane CBD on Sunday afternoon, to brief the media on the outcomes of an “urgent” student representative council (SRC) meeting.

SAUS Media Briefing on the outcomes of urgent SRC Meeting and #NationalShutdown to be held later today at 14:00, Pretoria CBD

A media statement released by the SAUS on Sunday confirmed that, following their meeting, a national shutdown, supported by 26 university SRCs across the country, will take place from Monday “until our demands are met.”

The statement criticised police and private security treatment towards students, who the SAUS said were treated “as criminals”. They have since called on Universities South Africa (USAF) to “issue a directive to universities” to remove private security from al campuses.

The SAUS also criticised finance minister Tito Mboweni’s “cut budgets” and reduced universities subsidies, branding this a “sign of uncaring government.” They have also rejected “the neo-liberal budget that seeks to defund NSFAS.”

Higher education and training minister Blade Nzimande’s responses to the SAUS were deemed “unsatisfactory”, which they said was a testament to the “lack of urgency and commitment” of the department to resolve student issues.

Earlier this week, Wits students protested against the exclusion of indebted students and the start of lectures on Monday, despite more than 8,000 students not yet registered due to owing the institution money.

During protest action on Wednesday, an unarmed man, Mthokozisi Ntumba, was allegedly shot dead by police.

The Wits student representative council (SRC) on Monday said they were calling on the university’s management not to exclude students who have outstanding fees.

This comes after the SRC met with the Wits management and submitted a list of demands asking that students who owe up to R150,000 must be allowed to register and sign an acknowledgment of debt, but the student leaders say Wits management refused.

According to the SRC, many students have not yet registered because of previous debts and some had been excluded due to that. However, the SRC disrupted on-campus registrations on 4 March after negotiations with Wits management deadlocked.

The SRC said that students were financially distressed and due to the pandemic, many of them had lost their bursaries since some companies had closed down, while some parents also lost their jobs and could not afford to pay outstanding fees from last year.

“The budget has been moved from just under R36 billion last year to R42.1 billion this year,” said Nzimande.

“It was only after the end of the academic year that we were able to monitor the full scale of the nature and amount of the shortfall and establish it is R6 billion.”

“We did not start addressing the problem now, we started as early as towards the end of last year. The reason why it has taken us until now is the academic year finished late,” Nzimande said.