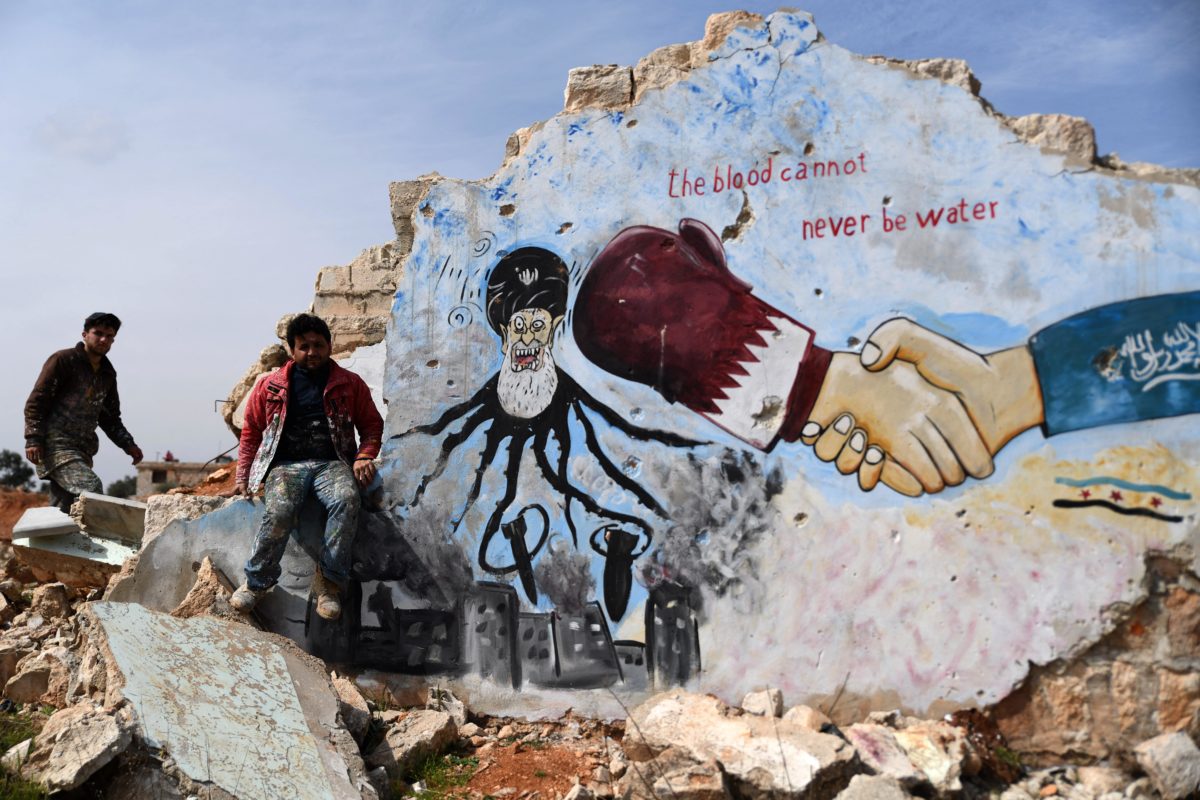 Here is a summary of the main events in the conflict, which has drawn in a host of regional and international powers.

Protests break out in March 2011 after four decades of repressive rule by the Assad dynasty, President Bashar al-Assad having succeeded his father, Hafez, in 2000.

The regime cracks down violently but protests continue.

An army colonel who has fled to Turkey sets up the opposition Free Syrian Army (FSA) in July.

An armed rebellion erupts with support from Western and Arab countries. The rebels seize large swathes of territory, including the centre of third city Homs and a chunk of Aleppo, Syria’s second city.

FSA fighters launch the battle for Damascus in July 2012 but the government retains control of the capital, with rebels seizing some suburbs.

From 2013, regime helicopters and planes begin air strikes, often with barrel bombs, on rebel areas, according to the Syrian Observatory for Human Rights war monitor.

A chemical attack that August on two rebel-held areas near Damascus reportedly kills more than 1,400 people. The regime denies responsibility.

US president Barack Obama pulls back from threatened punitive strikes, instead agreeing a deal with Moscow which is supposed to dismantle Syria’s chemical weapons arsenal.

The jihadist Islamic State group (IS) proclaims a “caliphate” in June 2014 in areas of Syria and Iraq it has seized.

In September, a US-led coalition launches air strikes against IS in Syria.

The alliance clears IS from key areas, including its de facto capital Raqa in 2017, and then in 2019 takes the group’s last Syrian holdout in the village of Baghouz near the Iraqi border.

In a string of deadly campaigns, the regime retakes key rebel bastions, from Aleppo in 2016 to Eastern Ghouta on the outskirts of the capital in 2018.

A sarin gas attack in April 2017 on the rebel-held town of Khan Sheikhun kills more than 80 people.

US president Donald Trump orders missile strikes on the regime airbase from where the gas attack was allegedly launched.

A year later, the US, France and Britain launch strikes after an alleged regime chemical attack on the rebel-held town of Douma, near Damascus.

Ankara launches an offensive in October 2019 targeting Kurdish forces in Syria, whom it brands “terrorists” linked to Kurdish insurgents in Turkey.

The operation allows Turkey to take control of a 120-kilometre-long (75 miles) strip along its border that runs 30 kilometres into Syria.

The regime launches a deadly offensive in December to retake Idlib, the last major jihadist bastion in Syria.

A ceasefire is reached in March 2020 after months of bombardment and fighting.

In the first case over torture by Assad’s government, a German court on February 24, 2021 convicts a former Syrian intelligence service agent of complicity in crimes against humanity.

Eyad al-Gharib, 44, is sentenced to four and a half years in prison over his role in helping arrest at least 30 protesters in Duma in 2011 who were then tortured.

After a decade of war, Assad’s forces are back in control of more than 60 percent of the country.