The state’s Liberal Party is set to secure just two seats following the landslide result, meaning they will lose their status as a party and with it important parliamentary resources.

WA will now be governed by what Uhlmann has described as a “virtual one-party state”, with Mark McGowan’s Labor party securing 53 out of 59 seats in the lower house, with a 54th likely.

“This is an extinction level event for the opposition in Western Australia,” Uhlmann told the Weekend Today show this morning.

“I don’t believe anyone when they say this morning perhaps there are no federal implications for this.”

“All the resources they had in terms of getting ready for a federal election have been stripped away.”

Uhlmann noted that if the results from last night’s election were repeated in WA’s federal electorates, the Morrison government would lose six seats – enough to swing the election in Labor’s favour.

The success of Premier Mark McGowan – who maintains a staggering popularity rating of around 88 per cent – has largely been attributed to his handling of the COVID-19 pandemic.

“As far as people were concerned, it was a health and not an economic crisis,” Uhlmann said.

“So Scott Morrison now has a crisis with state Premiers.” 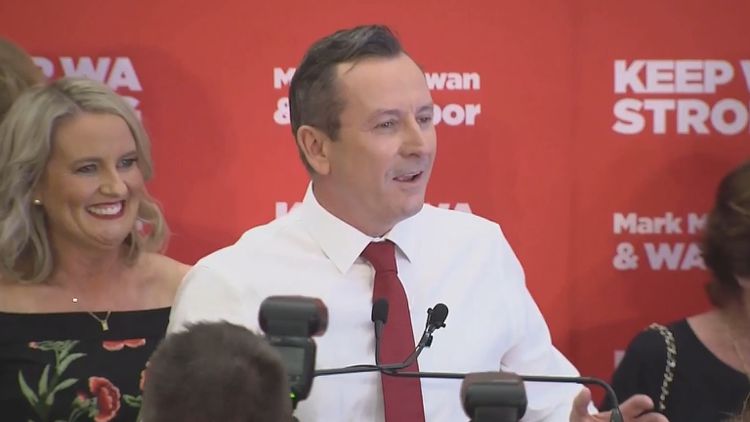 “Heading into the next federal election, he has three state Labor premiers who are in extraordinarily strong positions: Annastacia Palaszczuk, Daniel Andrews and now Mark McGowan.

“If they gang up on him in a federal campaign and chip away at him, they might prove a lot more effective than Anthony Albanese.”