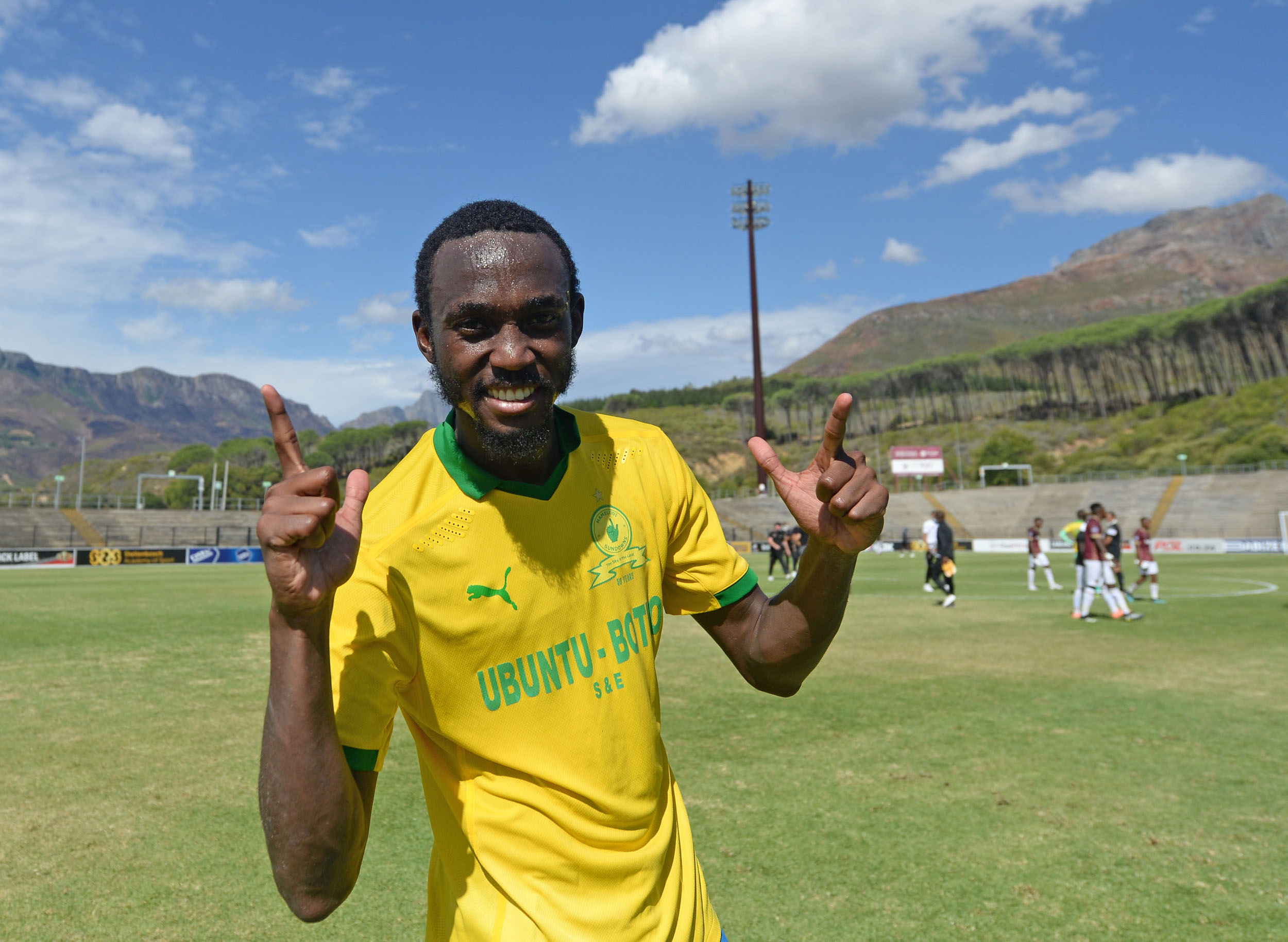 “Emotionally we don’t know what happens to him when he scores a goal,” said Manqoba Mngqithi on his star striker.

Inasmuch as Manqoba Mngqithi would rather have Peter Shalulile come up with a different goal celebration that is a lot safer than the current dive right into the ground, landing with his shoulders and his ribs taking a knock in the process – Mngqithi says there is not much he can do to stop Shalulile from celebrating the way he does.

Shalulile scored a stoppage time winner for Mamelodi Sundowns in a 2-1 DStv Premiership win over Stellenbosch on Saturday afternoon, netting for the fourth game on the spin, capping it off with… you know what.

“That celebration will be difficult to control because emotionally we don’t know what happens to him when he scores a goal,” said Mngqithi.

“We would prefer better celebrations, but if he keeps scoring and he celebrates the way he does, then I don’t mind… maybe once I see something that will cause problems for him I would mind, but as it is now he has played almost every game for us and he never gets injured. He is a very good fighter, a top soldier and a great professional. I am sure every coach would like to work with a player like him,” he added.

The Downs mentor has always labelled the Namibian striker as a “soldier” and has a lot of anecdotes to support his claim, such as when he scored a brace in the league against Black Leopards in January.

“One thing I can guarantee is that I have never met a player as fit as Peter in terms of the flexibility, the strength and the power. If he goes down he will come back quicker than one. There is a goal he scored against Leopards and you would ask yourself how could a player (score) that went down after the defender but he is the one who comes back up early all the time,” said Mngqithi.