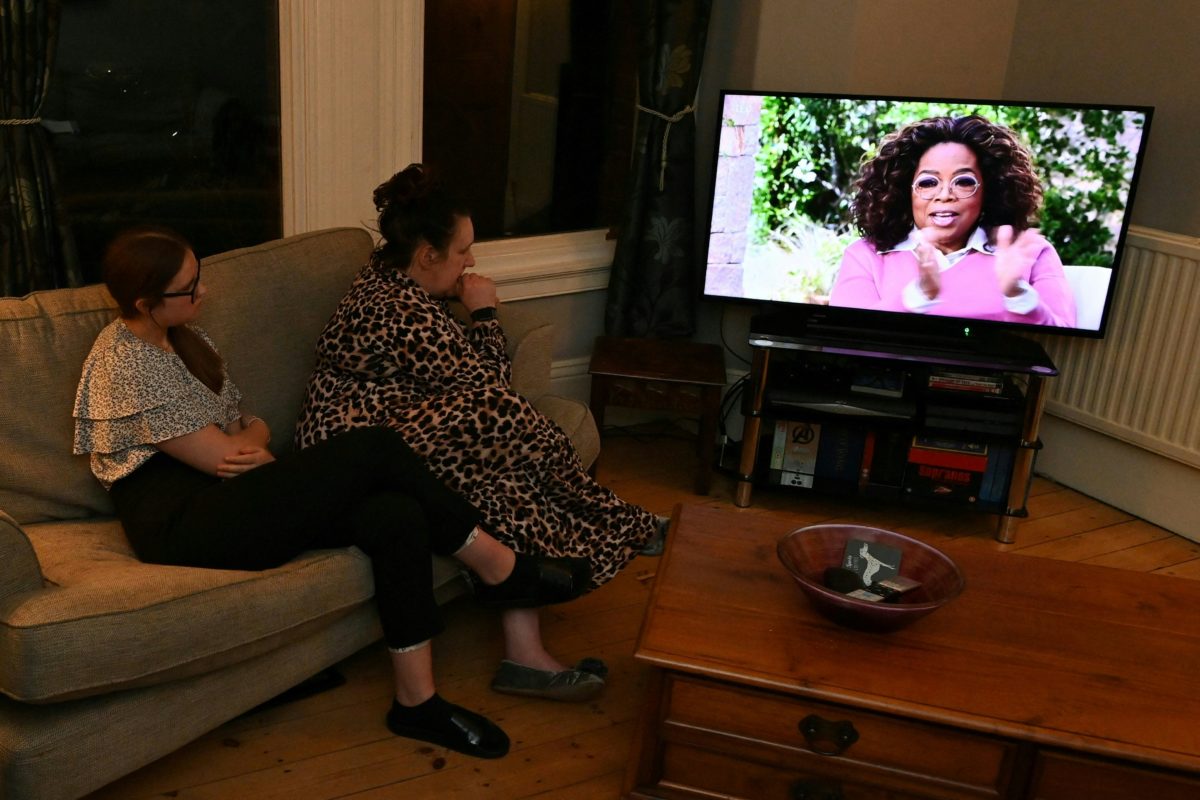 
Swiss spectacles manufacturer Gotti said Thursday they had been inundated with demand for the oversized glasses worn by Oprah Winfrey for her TV interview with Britain’s Prince Harry and his wife Meghan.

The small Zurich-based brand, which makes high-end frames, told AFP they were “a little surprised” by the surge in interest following the US talk show queen’s bombshell sit-down with the Duke and Duchess of Sussex.

Watched by at least 50 million people in the United States, Britain and around the world, the interview saw the couple, who have quit for a new life in Meghan’s native California, make damaging allegations against Harry’s family, the inner workings of the British monarchy and the UK tabloid press.

But the glasses worn by Winfrey also caught the eyes of viewers gripped by the dramatic interview.

Based in Wadenswil, a small tree-lined town on the shores of Lake Zurich, the brand was founded in 1993 by Sven Gotti.

It produces frames in small quantities, with around 10,000 pairs manufactured per month, which are then sold by independent opticians.

But the “OR02” frames worn by Winfrey were designed by Gotti himself especially for the US television legend after meeting her via his favourite opticians in Washington.

“I designed two different pairs for her,” Gotti told AFP.

“But when she saw them, she loved them so much that she didn’t know which ones to choose — and took them both.”

Winfrey — who owns an impressive collection of glasses — likes them “for their lightness”, despite their size, said Gotti.

The 67-year-old media mogul has since ordered around 20 pairs.

“I was a little surprised by the reaction,” said Gotti.

“She had already worn our frames for other interviews — with Barack Obama, with Lady Gaga, with Dolly Parton.

“But since this epic interview, interest is coming from everywhere,” he said.

The interview first aired in the US on Sunday and was screened in Britain on Monday.

The brand has since been overwhelmed by requests from opticians after customers have come into their shops — especially in the US and Britain — to find out where they can get their hands on Winfrey’s eyewear.

Gotti’s 30-strong team in Wadenswil will now have to work flat out to meet demand.