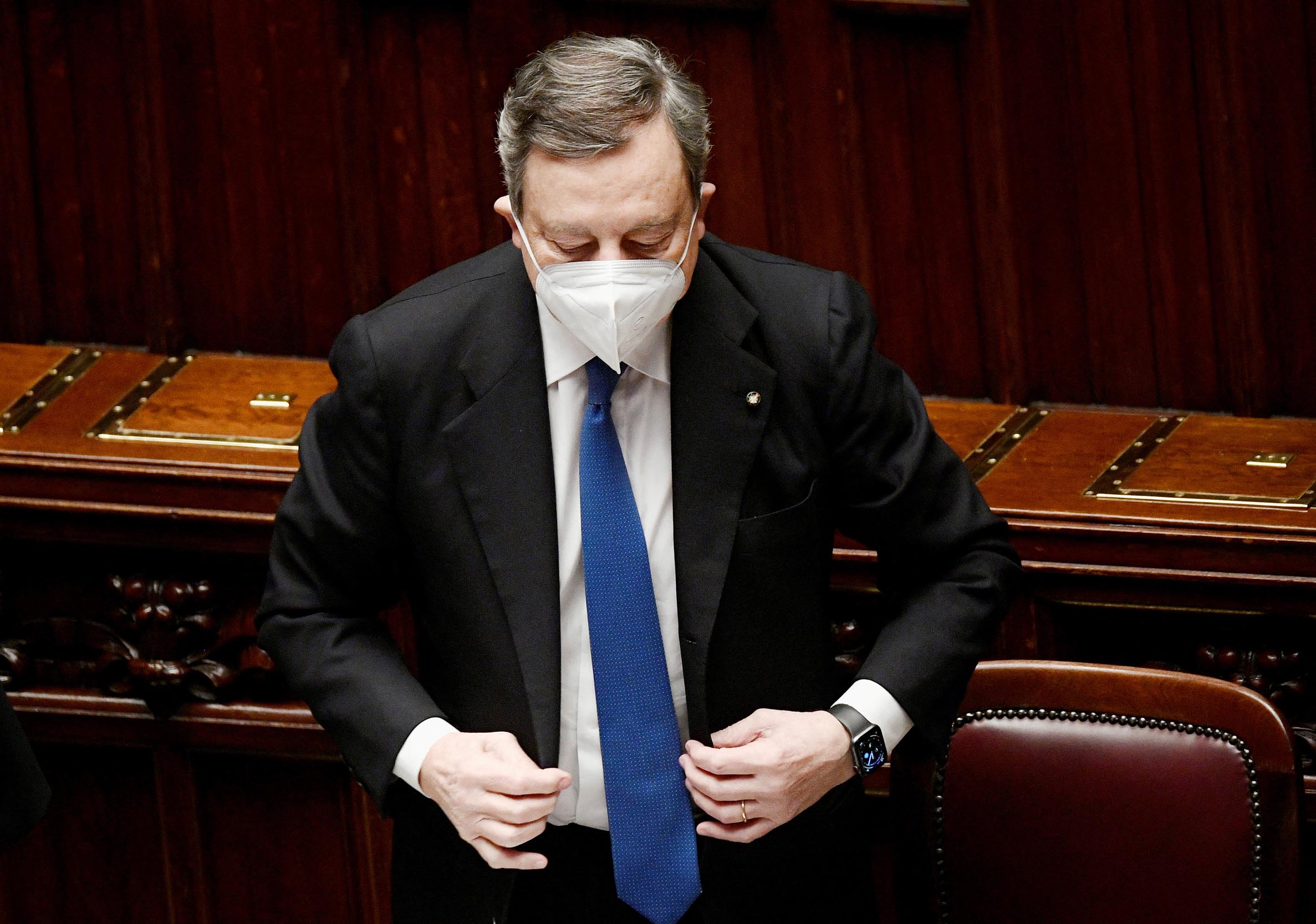 
Rome – Schools, restaurants, shops and museums are expected to close across most of Italy from next week, after Prime Minister Mario Draghi warned Friday of a “new wave” of coronavirus infections.

One year after it became the first European country to face a major outbreak, Italy is once again struggling with the rapid spread of Covid-19, this time fuelled by new, more contagious variants.

A majority of regions — including those around Rome and Milan — will reportedly be classified as high-risk red zones from Monday, with all residents told to stay home except for work, health or other essential reasons.

Draghi’s office confirmed new measures had been approved, but not which regions were affected.

ALSO READ: Don’t let your guard down before more vaccines roll out – expert

It said the extra restrictions would last until Easter. During the Easter weekend on April 3-5, the whole of Italy will become a red zone.

“More than a year after the start of the health emergency, we are unfortunately facing a new wave of infections,” Draghi said during a visit to a new vaccination centre at Rome’s Fiumicino airport.

He added: “The memory of what happened last spring is vivid, and we will do everything to prevent it from happening again.”

More than 100,000 people with coronavirus have died in Italy since the pandemic swept over the eurozone’s third largest economy one year ago, sparking a months-long lockdown and triggering its worst recession since World War II.

The GIMBE health tank on Thursday said the increase in the number of new cases for three consecutive weeks “confirms the start of the third wave”.

It warned that in more than half of Italy’s 20 regions, “hospitals and above all intensive care units are already overloaded”.

On Friday, Draghi thanked Italians for their “infinite patience” and said the new measures would be accompanied by fresh support for families and businesses.

But he acknowledged there would be “consequences for the education of children, for the economy and also for the psychological state of us all”.

Italy began its coronavirus vaccination campaign in late December but, as elsewhere in Europe, it has been dogged by delays in deliveries of the jabs.

Draghi has made stepping up the pace of vaccines one of the priorities of his new national unity government, and on Friday said this “alone gives hope of a way out of the pandemic”.

Concerns over reported side effects of the AstraZeneca/Oxford vaccine prompted Italy’s health regulator on Thursday to suspend a batch of the jabs, even while saying there was no evidence of a suggested link with blood clots.

Draghi noted the review underway by the EU’s medicines regulator, saying that whatever the outcome, “I can assure you that the vaccination campaign will continue with renewed intensity”.

He has put a senior military officer, General Francesco Paolo Figliuolo, in charge of the coronavirus crisis and has vowed to open vaccine centres wherever possible, including gyms and car parks.

About 170,000 vaccines are currently being administered each day, he said, but “the target is to triple that soon”.