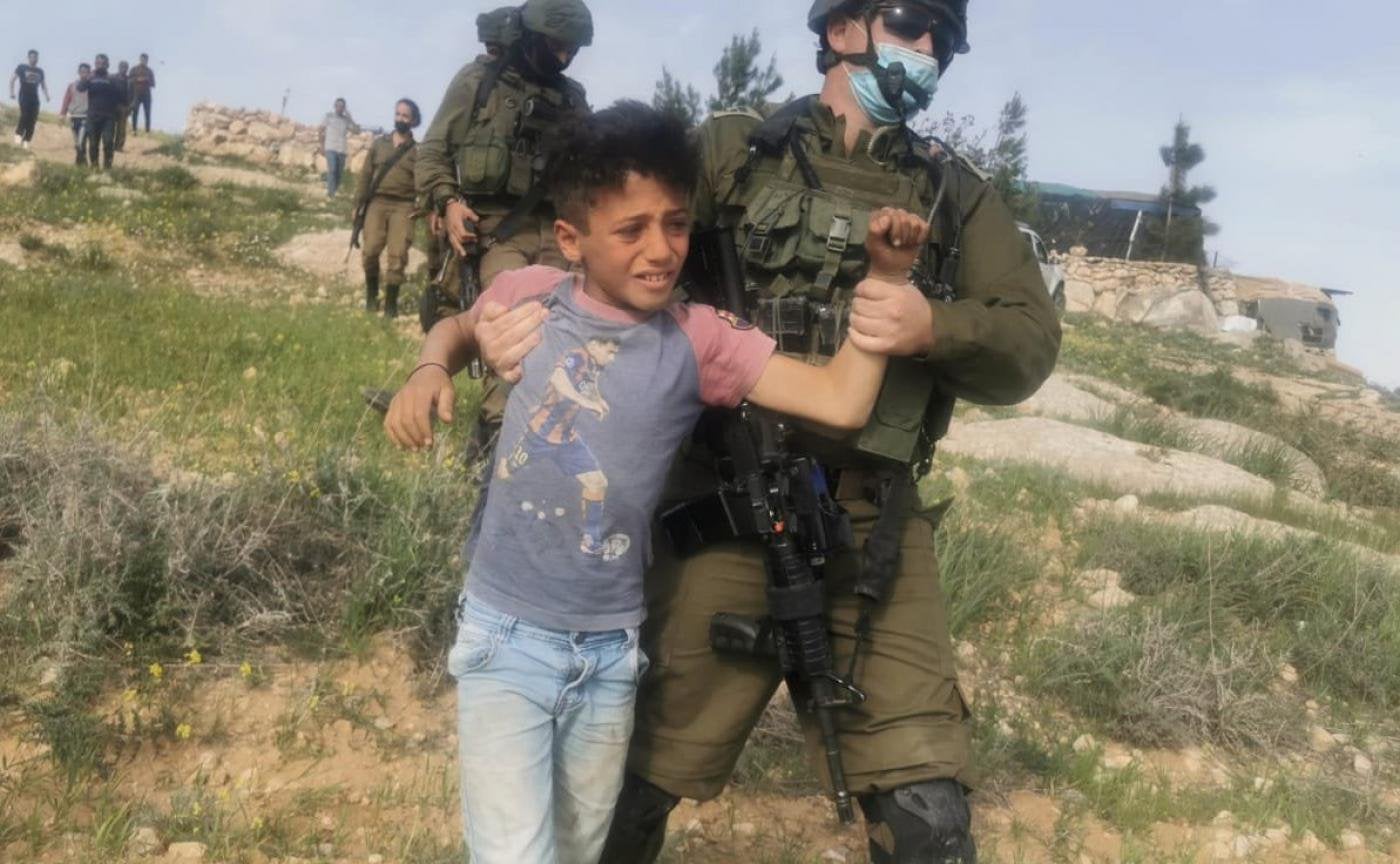 A video of armed Israeli soldiers arresting a group of five Palestinian children in the occupied West Bank has triggered widespread condemnation from activists and human rights groups, who viewed the incident as "extremely aggressive".

Filmed by a field researcher with Israeli human rights group B’Tselem, a video was recorded in the Masafer Yatta area of the southern Hebron hills, which is home to dozens of clusters of Palestinian villages and enclaves, as well as several illegal Israeli settlements and outposts.

Several Palestinian bystanders can be seen attempting to intervene, but to no avail.

Israel had previously outlawed the picking of akoub, that law was repealed last year, making it legal to pick 5kgs per person in the area where the boys were.