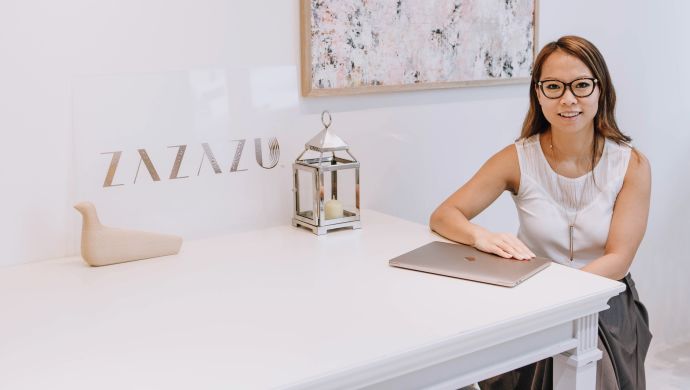 When it comes to trends that arose during the COVID-19 pandemic and the lockdown measures implemented in many Southeast Asian countries, we have identified several notable ones such as the rise of digital payments and telemedicine. But there is one particular trend that is not widely discussed: The rise of startups in Singapore that is working to promote sexual health and wellness.

In a coverage published in October last year, e27 noted that in Singapore, there are at least three companies launched in the second half of 2020 that are working in this sector.

But the fact that we do not talk about this trend so often might be related to the very nature of the problems that these startups want to solve: The taboo surrounding the topic of sexual health and wellness.

Jingjin Liu, CEO & Co-Founder of ZaZaZu, agrees that the sexual wellness industry in Singapore has been growing in recent years –and that the startups working in the sector are on a mission to normalise sexual wellness.

“Due to this growing perception, many startups have sought to leverage this opportunity to realise their mission and business objectives. With a global market size of over US$120 billion and growth of over 12 per cent CAGR, the business opportunity in this sector in Asia is huge,” she writes in an email to e27.

As a platform, ZaZaZu focusses its work on promoting female sexual pleasure, the discussion surrounding the topic, and giving users access to relevant products and services.

“Our intimacy survey may suggest that while couples have not increased their frequency of sex during the pandemic, many still seek more intimacy and pleasure. This is exactly why ZaZaZu was birthed ― to drive a social movement that transforms one of the biggest taboos into a positive conversation. We aim to do so by building an engaged female community, empowering them to own their pleasure and create a safe space to discuss, learn and explore all aspects of sexuality and intimacy,” Liu explains.

Also Read: Why sexual health is the next frontier for entrepreneurs

In addition to offering an e-commerce platform for curated products that include sex toys, ZaZaZu also offers educational content, consultations with experts from sexologist to a hypnotherapist, and a membership programme that offers perks such as offers from restaurants selling aphrodisiac.

“Through our ZaZaZu Club, we focus on building an engaged female community, empowering women to love themselves and to feel good, and not through pushing our products. I believe that once you build your loyal tribe, the sales will come without aggressively pushing,” Liu says.

As an entrepreneur, Liu says that her passion and calling have always been to build a business that helps women to establish intrinsic confidence.

Prior to founding ZaZaZu, she had spent more than 10 years in the entrepreneurial and automotive industry in Germany, China, and Singapore. She is also the co-founder of ASBO Drives Technology Components GmBH (which was acquired by China Machinery Engineering Corporation in 2019) and the first and the youngest woman to become Global Marketing Director at WABCO.

Liu moved to Singapore in 2018 to pursue an EMBA at INSEAD, and when she considered the company that she would like to start, she noticed that many companies that focus on women empowerment tend to focus on the line of career advice or meditation workshops. Meanwhile, there is a need to get to the root of the problem.

“I believe that if women are comfortable with their sexuality, and build confidence from within, then there is little need to harness the power of attraction to tell the universe what you want. Sexuality informs identity, and this is my belief. When you are secure in your identity, that builds innate confidence. Confidence is what empowers people to ask for what they want, to stop doubting themselves and ultimately go out to change the world,” she elaborates.

The co-founder had her own experiences to attribute to this. Growing up in China, sexual education was basically non-existent — Liu even described sex as “a mystery”.

“When I was 16, I moved to Germany and was fortunate to experience how schools and society openly approached sex-related topics to young adults. In my twenties, as I gained more security in my sexuality, I grew the confidence to study and work in male-dominated industries,” she says.

Liu met co-founder Cassandra Poon during the final phase of an Antler incubation programme at the end of March 2020. While Antler ended up not investing in the co-founders, they decided to keep on pursuing their startup idea.

As a startup, ZaZaZu has raised pre-seed funding round from angel investors and Loyal VC. When asked about the secret to successful fundraising as an early stage company, Liu says that the key is to build a connection even before the business itself.

“The secret is to make friends, always! When I decided to raise funds, I had a large network to reach out to. The beauty of a controversial business is that while we can have a thousand detractors, we also have a hundred strong supporters,” she elaborates.

For 2021, ZaZaZu wants to focus on proving and improving its concept for the Singapore market before eventually expanding to Vietnam, Hong Kong, Taiwan, Thailand, and China.

“We ultimately aim to create a safe space where sex is healthy, pleasure is positive and education gaps are sealed. My long-term goal for ZaZaZu is to become the go-to place in Asia for all sexual wellness-related topics and challenges, to foster meaningful discussion and build a strong community,” Liu closes.

The post How ZaZaZu aims to empower women through starting conversation about sexual wellness appeared first on e27.