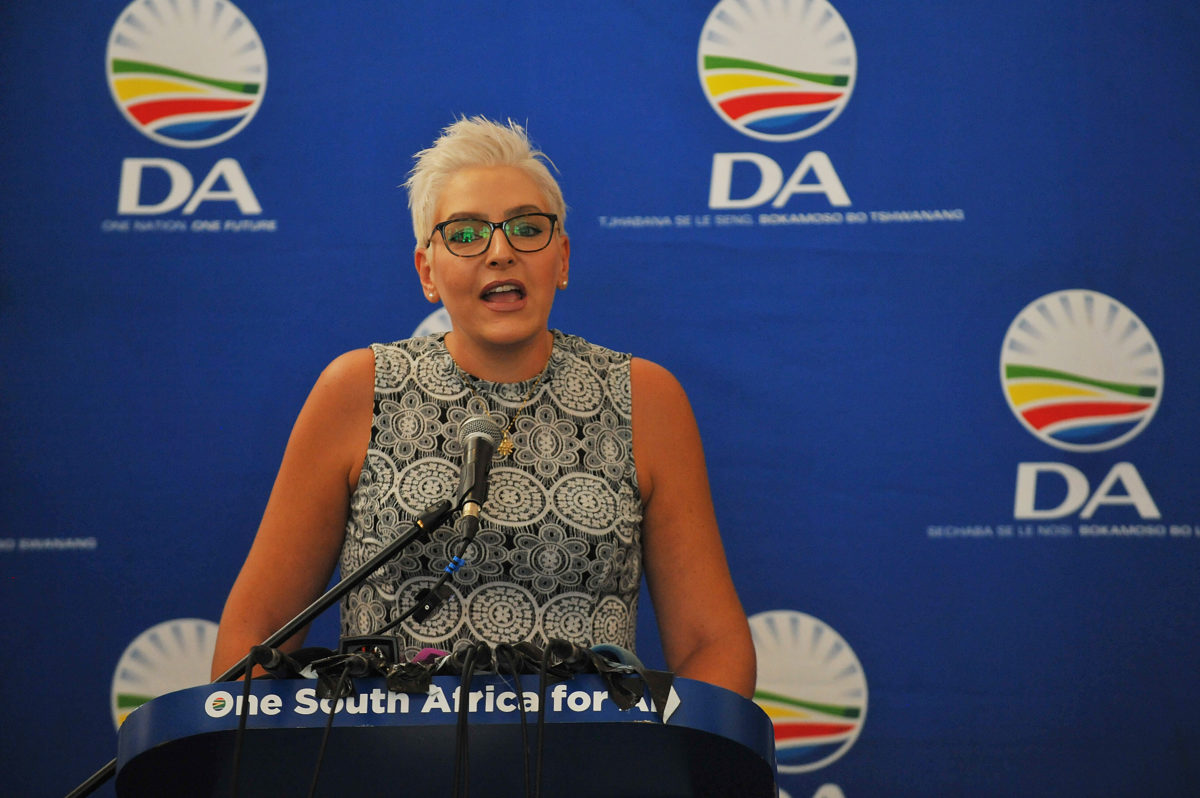 The party released a statement congratulating Mazzone on Friday morning after she received the Italian Order of the Star, an equivalent of a knighthood in Italy.

The Order is awarded to Italian expatriates and foreign nationals for “preservation and promotion of national prestige abroad, promoting friendly relations and co-operation with other countries and ties with Italy”.

The DA congratulates our Chief Whip in Parliament, Natasha Mazzone MP, on receiving the Italian Order of the Star, an equivalent of a knighthood in Italy, for her outstanding leadership in Parliament and fighting for a just society in SA. – @ivan2meyer https://t.co/JWrI0CebX9

“The DA would like to congratulate Natasha in receiving such a highly bestowed knighthood and is pleased and thankful to have someone of her calibre fighting on the side of democracy and constitutionalism,” reads the statement.

“She has fought tooth and nail to uncover evidence, which she later testified on before the Commission of Inquiry into State Capture.”

“It was her relentless effort to fight the state capture and hold parliament accountable during the dark phase of our democracy that is now in the public discourse.”

“Her efforts are now internationally recognised and we will continue to fight for all South Africans as they deserve a better government in South Africa,” boasted the party.

Mazzone was elected to parliament in 2009. She is now Chief Whip of the parliamentary caucus and the second deputy chair of the DA’s Federal Council.

She has held numerous positions in party’s ranks before that, including being Chief Whip of the DA in Tshwane back in 2003.