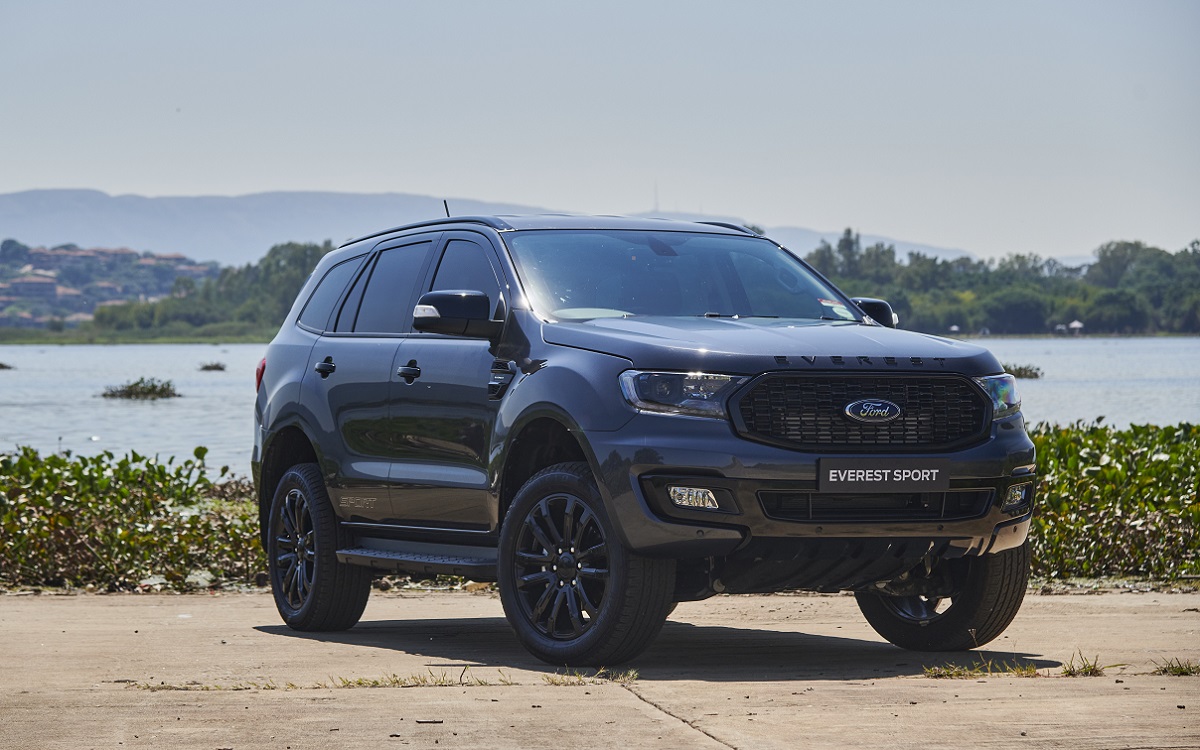 
Unveiled in India last year where it carries the Endeavour designation, Ford has expanded the Sport nomenclature to the local market with the locally built Everest. Essentially a cosmetic overhaul, the Everest Sport, like the Ranger FX4, is based on the XLT and rides on black 20-inch alloy wheels to go with:

Fitted as standard with an electronic rear diff-lock regardless of being two- or four-wheel-drive, the Sport’s interior is kept largely unchanged from the XLT sans an electrically adjustable driver’s seat and model specific leather seats with blue stitching.

Standard specification is otherwise unchanged from the XLT with the same applying to the drivetrain, made up of the single-turbo 132kW/420Nm 2.0-litre Panther diesel paired to the General Motors co-developed ten-speed automatic gearbox. As with the XLT, the four-wheel-drive is outfitted with not only Hill Descent Control, but also the Terrain Management system with four modes; Normal, Grass/Gravel and Snow, Sand and Rock

A total of six colours are offered:

Like the conventional Everest and Ranger ranges, the Everest Sport comes standard with a four-year/120 000km warranty as well as a six year/90 000 km service plan with pricing from R662 800 and R704 400 in the case of the four-wheel-drive.