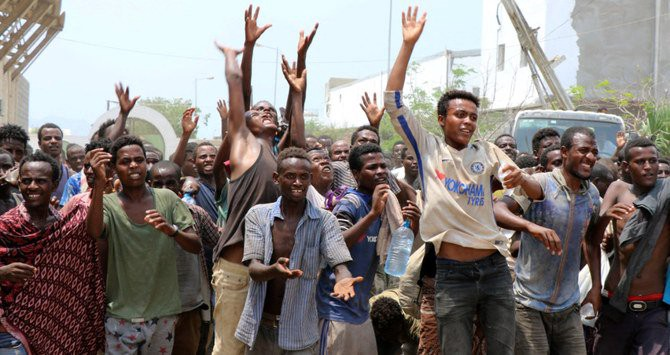 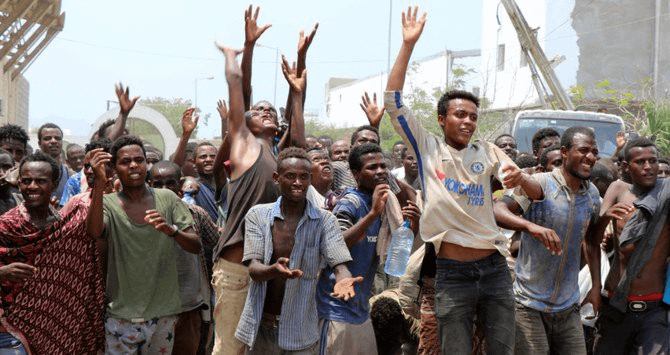 The Yemeni government has accused the Houthis of recruiting detained migrants to fight in the civil war. The migrants were said to have burned to death in a fire after protesting against mistreatment and poor conditions inside a detention facility.

“We strongly condemn the horrific crime committed in migrant detentions run by the terrorist Houthi militia in the seized capital, Sanaa, which led to the death and injury of hundreds of them, who were buried in a mass grave — a Houthi attempts to cover up the crime,” Yemen’s Information Minister Muammer Al-Aryani said.