Pope Francis on his historic tour in Iraq : MiddleEastNews 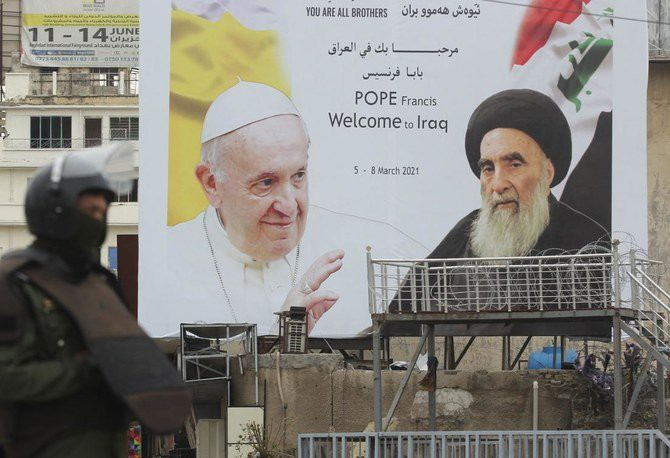 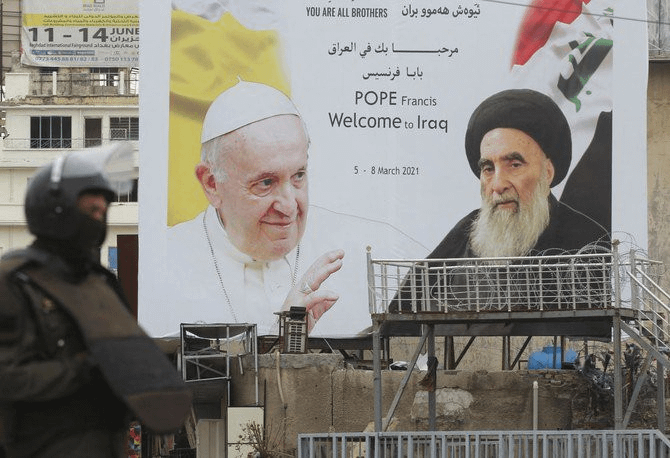 On Monday Pope Francis wrapped up his historic whirlwind tour of Iraq that sought to bring hope to the country’s marginalized Christian minority with a message of coexistence, forgiveness, and peace.

The pontiff and his traveling delegation were to be seen off with a farewell ceremony at the Baghdad airport, from where he will leave for Rome following a four-day papal visit that has covered five provinces across Iraq.
At every turn, Francis urged Iraqis to embrace diversity — from Najaf in the south, where he held a historic face-to-face meeting with powerful Shiite cleric Grand Ayatollah Ali Al-Sistani, to Nineveh to the north, where he met with Christian victims of the Daesh group’s terror and heard their testimonies of survival.

People gathered in crowds to catch a glimpse of the pope wherever he went, fueling coronavirus concerns. Few wore facemasks, especially during Francis’ stops in northern Iraq on Sunday. That day ended with an open-air mass in a stadium that drew nearly 10,000 people. Security was tight and most events were strictly controlled.