More power to you: How a female leader switched up the largest industry in the world 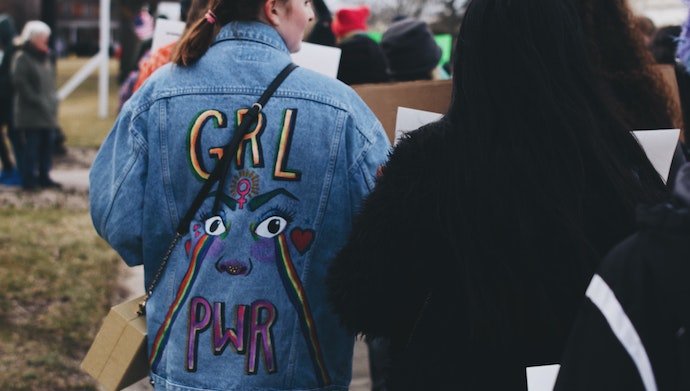 I’ve always been a woman in a male-dominated industry, from my early days in computer science up until today, as I continue to navigate the proptech industry. I’ve never dwelled much on it, and I’ve never let it hinder me from pursuing my goals either.

To me, International Women’s Day is about women supporting other women to achieve their best potential. When I founded Switch Automation, I had this vision in mind to create an environment free of gender bias, where women could rise up the ranks based on their own merits.

This is the story of how I made this happen in one of the biggest and oldest male-dominated industries there is – property.

Before there was Switch

Nature has always been a big part of my life. I’ve always been strongly attached to and protective of it. I grew up in New Zealand, surrounded by beautiful natural landscapes, and moved to Australia to attend university. There, I earned my Bachelor of Commerce in computer science, and was fortunate enough to start out in the field at a time before it became largely male-dominated.

This meant that I had the opportunity to work alongside strong, talented women in tech until and through the 90s, all of whom inspired me to be the leader I am today.

It was the early 90s when I met my cofounder and we started our first business venture together. We went on to start several successful businesses, which often brought me to Singapore.

We worked with companies operating in Indonesia, American companies in distribution, purchasing environments, who were struggling with losing sight of their shipping and freight.

Out of pure chance, we were introduced to the world of building automation by an acquaintance, and my interest for the sector has only grown since.

When you observed the way people managed buildings back then, you’d notice a big disconnect. Systems used were cheap and disparate, teams were disconnected, assets weren’t linking up with data, everything was very much disjointed. But I saw this disconnect as an enormous opportunity.

In my head, I envisioned 2050, where buildings could be managed digitally in ways that were connected and driven. I knew that in order to propel the industry to that stage, huge transformations needed to happen. On top of that, I was swayed by the possibility of transforming the industry to positively impact the environment. With these visions in mind, Switch Automation was born in 2012.

I moved to Denver in the US in 2014 to set up the Switch headquarters when there was just 9 of us. Since then, we’ve grown to a team of 60 globally, with offices in Australia (R&D), the US (Business), and now, Singapore, where we’ve just hired employee number 5 and plan to double that number in the next year.

If you look at our senior leadership team, you’ll see more women than men– a rarity in this industry today. This is something we did deliberately. Instead of throwing postings onto job boards and waiting for applications to roll in, I personally sought out and changed the face of our company by looking for and inviting women to apply for specific roles.

By encouraging them to apply, we narrowed the gender gap in our company and this encouraged further diversity in our team. I am really proud to share that because I was able to impact a lot of change in that regard, we’ve managed to outperform and survive in an age-old industry, even as it was hit by a pandemic.

The pandemic was a canary in the coal mine event, where everyone in the industry was caught off guard. It made companies realise why they should have been investing in tech over the last five years. That said, it didn’t push many to seek proptech.

All it did was highlight the fact that many in the industry had few tools to remotely monitor rooms and manage buildings. In fact, it’s astonishing to see how many buildings carried on operating business as usual all through 2020.

Switch’s narrative is one of resilience. It’s true, real estate is ridiculously slow, mainly because it’s always easier to do nothing, than to change something that already seemingly works. Senior management in the industry believe tech will cost them substantially. What they don’t understand is that it’s going to cost them millions of dollars not to digitally transform. E

very year, I think, the industry simply can’t stay this way, it has to evolve and accelerate. But at the end of the year, I find that we’re still on the same grind. Through consistency, we’ve managed to stay in the game, growing our customers to the point of raising US$12 million.

We’ve grown our products, our teams, and have stayed resilient when the pandemic hit, and for that I am proud.

Which is why, when it comes to pursuing big goals, I think it pays to be a little naive and to go into these things as if failure doesn’t matter. You always learn something out of failure, and some of the greatest things are born when things don’t work out.

Things have changed since I first entered the field. My leadership style, for one, has changed significantly. When we first started Switch, it was just my cofounder and I. We managed all aspects of the company and did our first round of hiring, usually doers who could run different aspects of the business – marketing for example, or software development, quality assurance.

We then began hiring leaders who could manage the team. When we did this, I had to take a step back and resist the urge to wear all the hats. I knew that I had to take off a hat, hand it to someone else, and trust that they’ll see tasks through.

You go from becoming somewhat of a helicopter parent to just allowing people to fly in and do things their way. I’ve learnt to trust that I’ve hired the right people for the job, and to trust my employees and their capabilities.

I see a new generation of facilities managers and operators, asset managers and property managers, all who live and breathe digital. They’re not going to stand for business as usual, and I’m really excited for the positives that will come out of this new wave of leaders.

I love working with millennials, and at Switch we hire a lot of them. They want to do meaningful work, and the quickest way to do so is by giving them data rich conversations. This way, their wealth is driven by data, as opposed to how we used to do things in the past. I think this is going to impact significant change in the industry.

As a growing global technology company, people often ask me what my end goal is. I always say world domination, and when everyone laughs, I always go, it’s actually not a joke. We’re trying to create a digital platform or enterprise toolkit for buildings. There’s nothing like it in the world. We’re hoping that by bringing these to teams in real time, we’ll all be able to impact our environmental footprints.

We’re an impact led company, and we’re really hoping to have an impact in the different countries we touch.

The post More power to you: How a female leader switched up the largest industry in the world appeared first on e27.